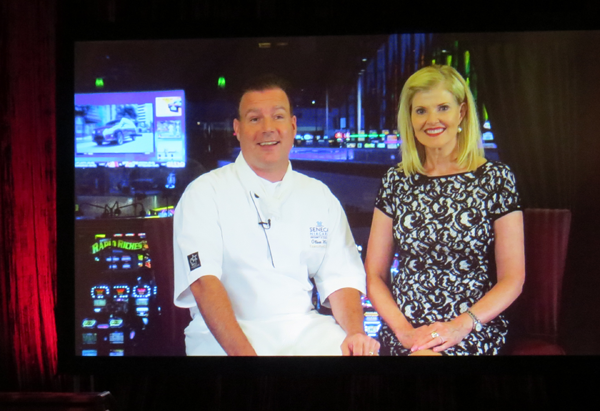 "Come Dine with Me - WNY!" hosts Oliver Wolf and Jan Ferington on the show's set inside Seneca Niagara Resort & Casino.

There's no better way to watch NFL football than with a big plate of something delicious. But what does one make? After all, pizza and wings can get old after a while.

WKBW has the answer.

And it airs right before kickoff.

Executive Director Michael Fantaske of Key Video Productions said, "We wanted it to be more than just a show. We wanted to have it have a very positive message."

"We also wanted some element of teaching. ... We knew that, whatever the show did, we wanted to teach viewers at home how to prepare some of those same signature dishes that some of those restaurants that were being profiled on the show made day in and day out," he said.

"Soon, we found that many of the restaurants in the community wanted to latch on to what we were doing," Fantaske added. 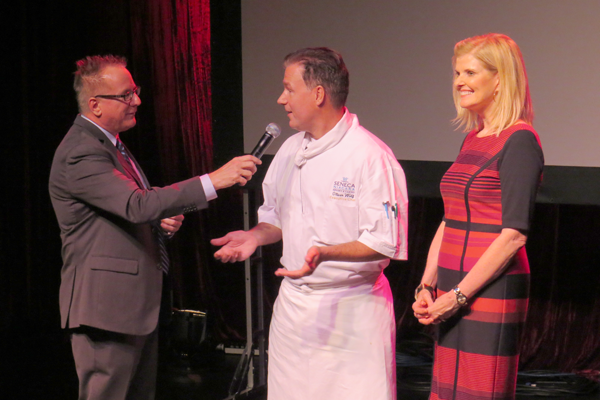 Seneca Niagara Resort & Casino executive chef Oliver Wolf and local personality Jan Ferington host "Come Dine with Me - WNY!" Over the course of 26 episodes, viewers will be exposed to cooking demonstrations, video tours of the region and a "Kitchen Invasion" segment where Wolf and his team "invade" a local home to prepare a dish.

Plenty of recipes and tips will be offered, too.

"I'm a teacher, and what we are doing is teaching our viewers how to be better cooks one recipe, one show at a time," Ferington said. "I think that's really important."

Wolf has more than 25 years of experience, working in kitchens from Germany to Bermuda, Dubai to Chicago.

Other regular participants in the program include well-known chefs Marco Sciortino of Marco's, Krista Van Wagner of Krista's Caribbean Kitchen and Art Christy of Frontier Catering.

"The premise of the show has always been to support the local independent restaurants," Fantaske said.

"The restaurants out there ... the passion and, really, the dedication we saw in all the restaurants we visited - all the food that they brought, the care that they give their customers - that was very, very evident," Wolf said.

"That's the premise of the show - the takeaway: You have great, great, caring restaurant owners, restaurateurs, chefs," he said. 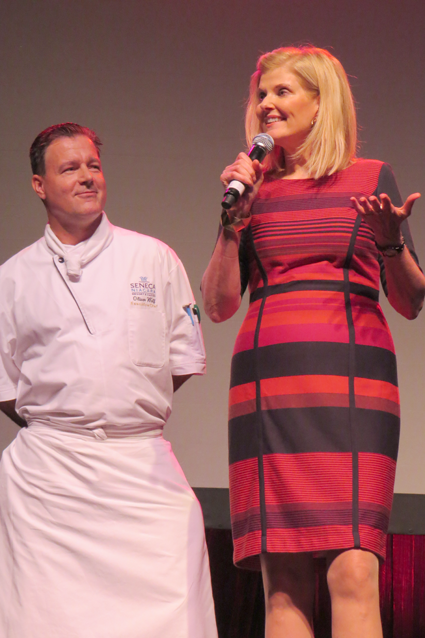 Wolf's own staff will be featured in different episodes, as will Seneca Niagara's restaurants, including the Western Door Streakhouse, Koi, Blues Burger Bar and La Cascata.

"Seneca Niagara Resort & Casino is so excited that our very own chef Oliver is co-hosting this season's 'Come Dine with Me,' " said Tonia Lewis, Seneca Gaming Corp.'s executive director of advertising and communications. She called it a "great opportunity" to raise awareness of the venue's food offerings.

"Seneca Niagara is a destination resort loaded with wonderful culinary opportunities - from gourmet dining to a gourmet burger to just a quick salad. We really have it all here at the resort, and it's just a great opportunity to showcase that and get the word out," Lewis said.

The series is slotted to follow Buffalo Bills pregame programming.

"Rex Ryan, he just contracted with Channel 7 to be on at 11 a.m. every Sunday, starting the 13th; and then 'Bills All-Access,' that's the show right after Rex Ryan; and then 'Come Dine with Me - WNY!' So, it's a 90-minute powerhouse of local television that we are so proud to be a part of," Fantaske said. 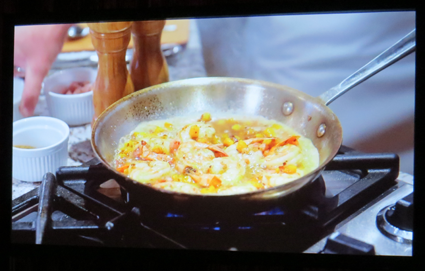 Pictured are some of the dishes to be featured this season on "Come Dine with Me - WNY!" 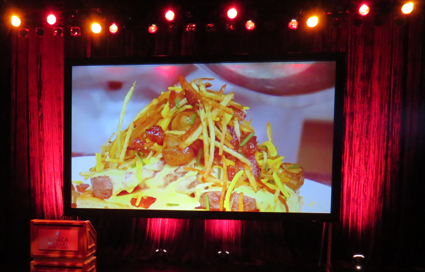