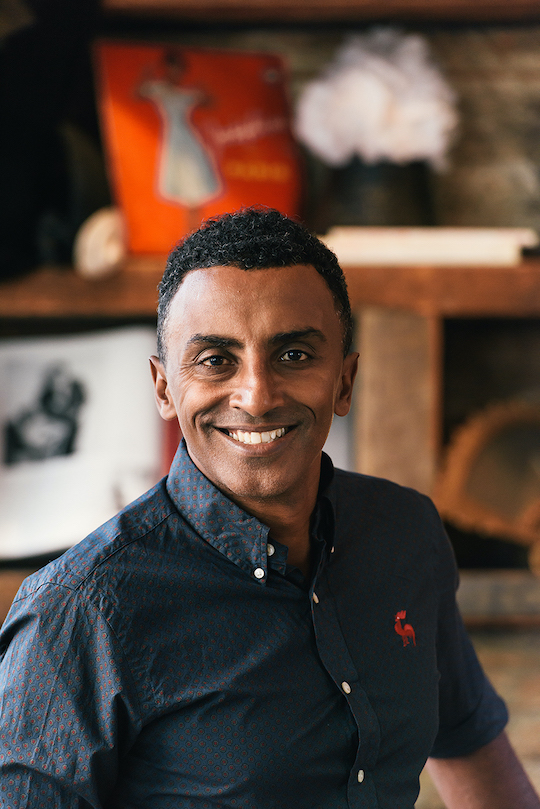 The annual event highlights award-winning chefs and celebrates their culinary personalities and careers. Due to the coronavirus restrictions, Samuelsson will host the culinary journey and cooking experience live from New York City to home kitchens across the country on Zoom.

The live event begins at 6:30 p.m. ET and features a 30-minute cocktail Q&A where Samuelsson will share his favorite cocktail recipe, a live cooking lesson, an ingredient box that feeds up to four people for $175 delivered to households by event and culinary partner Tastings NYC, private Zoom rooms to eat with friends in other households, two-week access to the recorded cooking lesson, and the online silent auction.

The premium ticket adds an autographed copy of Samuelsson’s “The Red Rooster Cookbook” for $225. Tickets are 10% off now through Aug. 31. WCNY members receive an additional 5% off at wcny.org/events or by calling 315-453-2424.

“WCNY is excited to continue to produce this event in a new and interactive way across the country,” said Mitch Gelman, WCNY president and CEO. “Guests will have the opportunity to enjoy cooking a delicious meal with chef Marcus live in their own kitchen!”

“Taste of Fame” is made possible with support from presenting sponsor Wegmans, and “Chef Minutes” sponsor Pathfinder Bank.

Proceeds from the “Taste of Fame” fundraiser support WCNY’s programs and services.

Born in Ethiopia, but raised and educated in Gothenberg, Sweden, Samuelsson is an acclaimed chef who owns restaurants around the world, including Red Rooster Harlem, Red Rooster Overtown in Miami, Red Rooster Shoreditch in London, MARCUS Montreal, Norda Oslo, and Marcus B&P in Newark, New Jersey.

He is the host of the PBS hit show “No Passport Required,” in which he travels across the U.S. to learn about food traditions from different immigrant communities.

Samuelsson has been crowned champion of cooking television shows “Top Chef Masters” and “Chopped All Stars,” and was the winning mentor on ABC’s “The Taste.” He currently serves as an executive producer of Viceland’s show “Hustle, as well as the co-chair of “Career Through Culinary Arts Program” (C-Cap), and co-producer of the food festival Harlem EatUp!

Samuelsson has published a number of cookbooks, including the New York Times Bestselling memoir, “Yes, Chef,” and “The Red Rooster Cookbook: The Story of Food and Hustle in Harlem.”