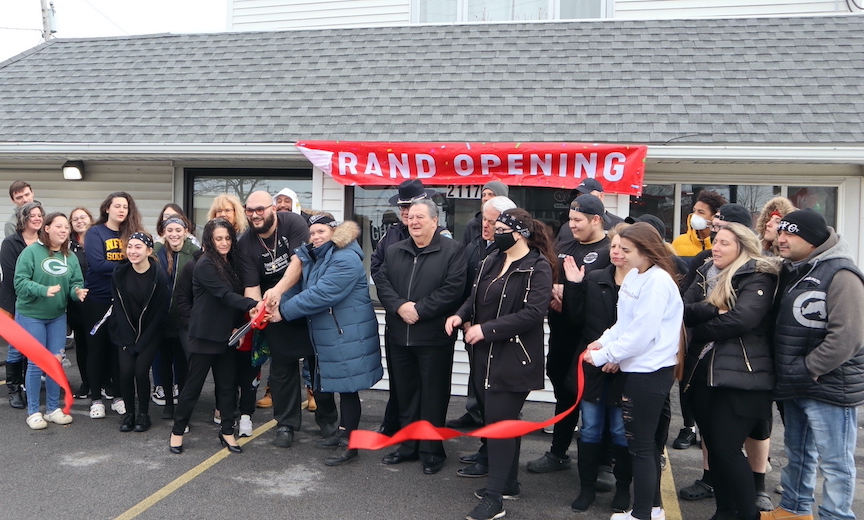 Ghada Have It! owner Bashar Srouji is joined by friends, family and local officials for the restaurant's grand reopening at its new location at 2117 Military Road, just across from the Fashion Outlet Mall.

Community celebrates as Ghada Have It! returns to town

In July of 2021, Bashar Srouji was in the midst of realizing his lifelong dream. His Mediterranean restaurant/pizzeria, Ghada Have It!, was six months into a successful first year of operation. But on July 20, a historic rainstorm in the Town of Niagara nearly washed those dreams away completely.

It was no use. Srouji said damages caused by the flood, including lost wages, amounted to over $50,000, and insurance wouldn’t cover it. The restaurant was lost.

“It was only a half-hour storm, which was the craziest part," he said. "It was just … no words. Not even thoughts. It was just, how do we manage this? It was extremely hard, because we were really on the upswing, you know, really making that turn as a business. And it just crashed."

But for Srouji, it was more than just losing the business. The restaurant had been his – and his siblings – way of honoring their mother, Ghada, whose name graced the sign out front - and whose family recipes quickly became so beloved in the town.

Srouji said the business served as his tribute to his mother’s sacrifices to give him and his family a life in America rather than a life of turmoil in her native Nazareth.

“She was a single mom raising three kids,” Srouji said. “She's just made so many sacrifices for us. There's been so many instances in our childhood where we wouldn't be here; where we'd be dead or off in a different country somewhere if it wasn't for what she did to keep us safe. So, just for her to look up at that sign every day, help her keep her head up that much taller, remind her that she did OK all by herself; raised three awesome kids. That’s what it’s about.”

Ghada said her son was visibly depressed and in despair for weeks after the restaurant closed.

“He just kind of shut down,” she said. “It broke my heart.

“At that time, I really thought it was over,” Srouji said. “I told my wife this may be the end of it.”

But Srouji’s family and community rallied around him and urged him to stay positive. His sister, Jeannine Keen, set up a GoFundMe page, which went on to raise over $15,000 in donations. Meanwhile, he and his brother, Joe, eventually found a place where they could rebuild.

Srouji said it was that support that helped him get through the disaster.

“Just having my family help keep my head up, and you know, just knowing there’s no way this is the end. We've come too far; people love what we do; I’m happy while I'm doing it. We can’t go back now,” he said. “It became about resilience and just wanting to get after it.”

Now, seven months after the storm, Ghada Have It! has officially opened the doors to its new location at 2117 Military Road, just across from the Fashion Outlet Mall. 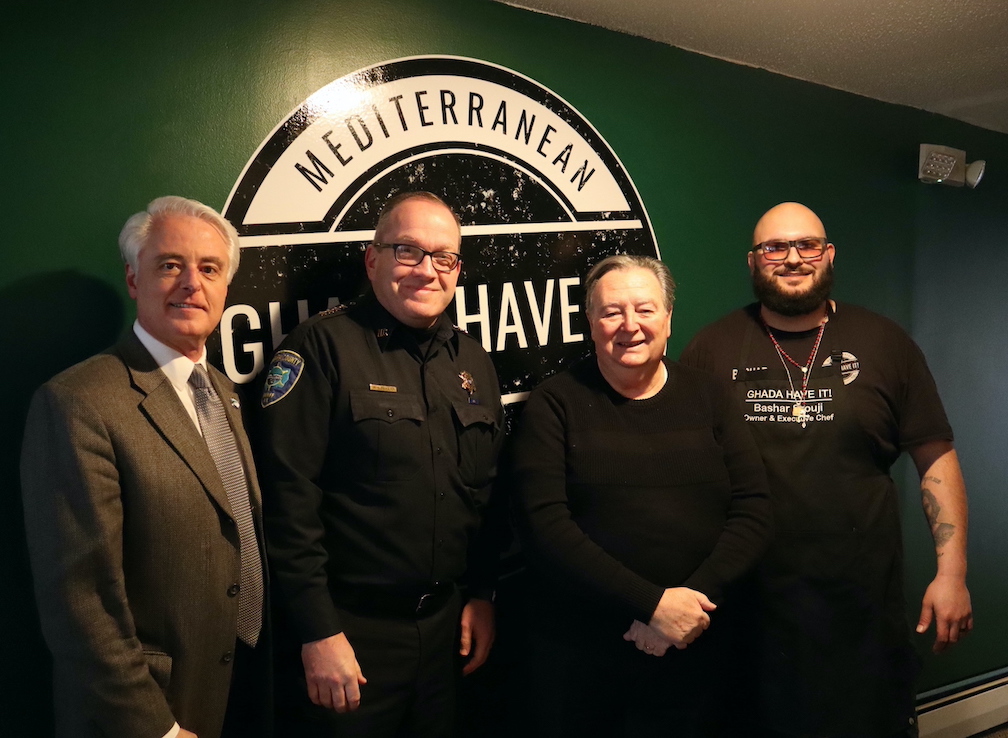 The family recently celebrated the occasion with close friends at a ribbon cutting ceremony. There, they were joined by local officials, including Niagara Falls Mayor Robert Restaino, Town of Niagara Supervisor Lee Wallace and Niagara County Sheriff Michael Filicetti.

Ghada said that, although the work to relocate and reopen was arduous – with her sons often working 14 hours to get things ready – that work rekindled a spark in Bashar that had been dim for months.

“When my eldest son, Joe, helped him to find this location, which is more suitable, that’s when I could see the light in his eyes and everything,” Ghada said. “Even when he was painting or setting everything up, you could see that light. And he’s been working hard. He just got married in December. So, between his wedding and reopening his restaurant it was a lot of work.”

Ghada said her children’s desire to honor her with the restaurant has made her unspeakably proud.

“When he first showed me the place, it made me cry,” Ghada said. “I was so proud. All my kids – Jeannine’s doing all the marketing. Joey did all the installation for him. They’re all very close. And seeing (Bashar) doing this and he wants to honor me – to honor my mom (gestures to the hung portrait of her parents) and our culture, to have family unity – I can't describe it. I have no words.”

Ghada said Srouji’s dreams of operating a restaurant in homage to his mother and family began at a young age.

“Even in high school. He said, ‘Watch me. One day. I'm gonna do it,’ ” Ghada said. “He was always in the kitchen with us, even when he was young. I have pictures and videos of him, and he would study things; watch me measure, ‘How much salt (are you using); how much spice,’ and everything. He just started writing down to get the recipe, and eventually he had all these sheets of paper.”

“I grew up in the kitchen with my mother and my grandmother,” Bashar said. “That’s just where I was, that was my place. So, to bring pride and joy to my family and its history and give that to my mother, too, that's really what it’s all about.”

Just before heading into the kitchen to prepare the restaurant's first preorders, Srouji discussed what the reopening felt like.

"The feeling is indescribable,” he said. “Just an immense amount of relief. We've been down for quite a while, kind of had the unexpected happen, Murphy's Law, and to be able to come out on the right side is truly beautiful. We're just happy to be able share this with all our friends and family."

For more information about Ghada Have It!, visit the restaurant’s Facebook page (www.Facebook.com/ghadahaveithomecooking) or call 716-297-8733. 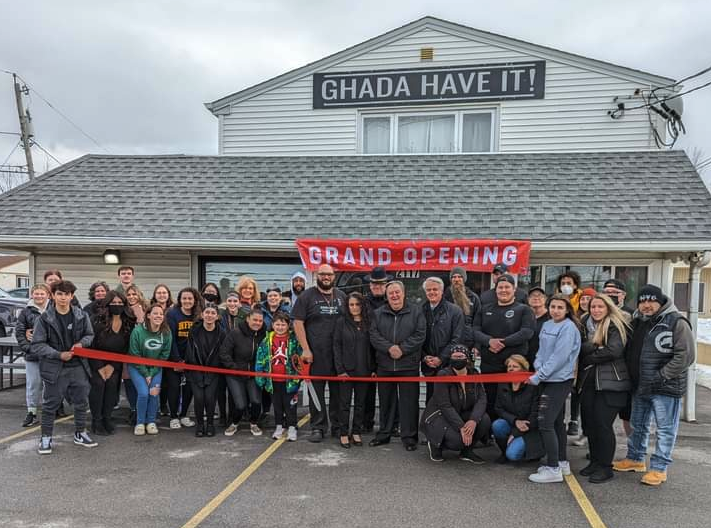