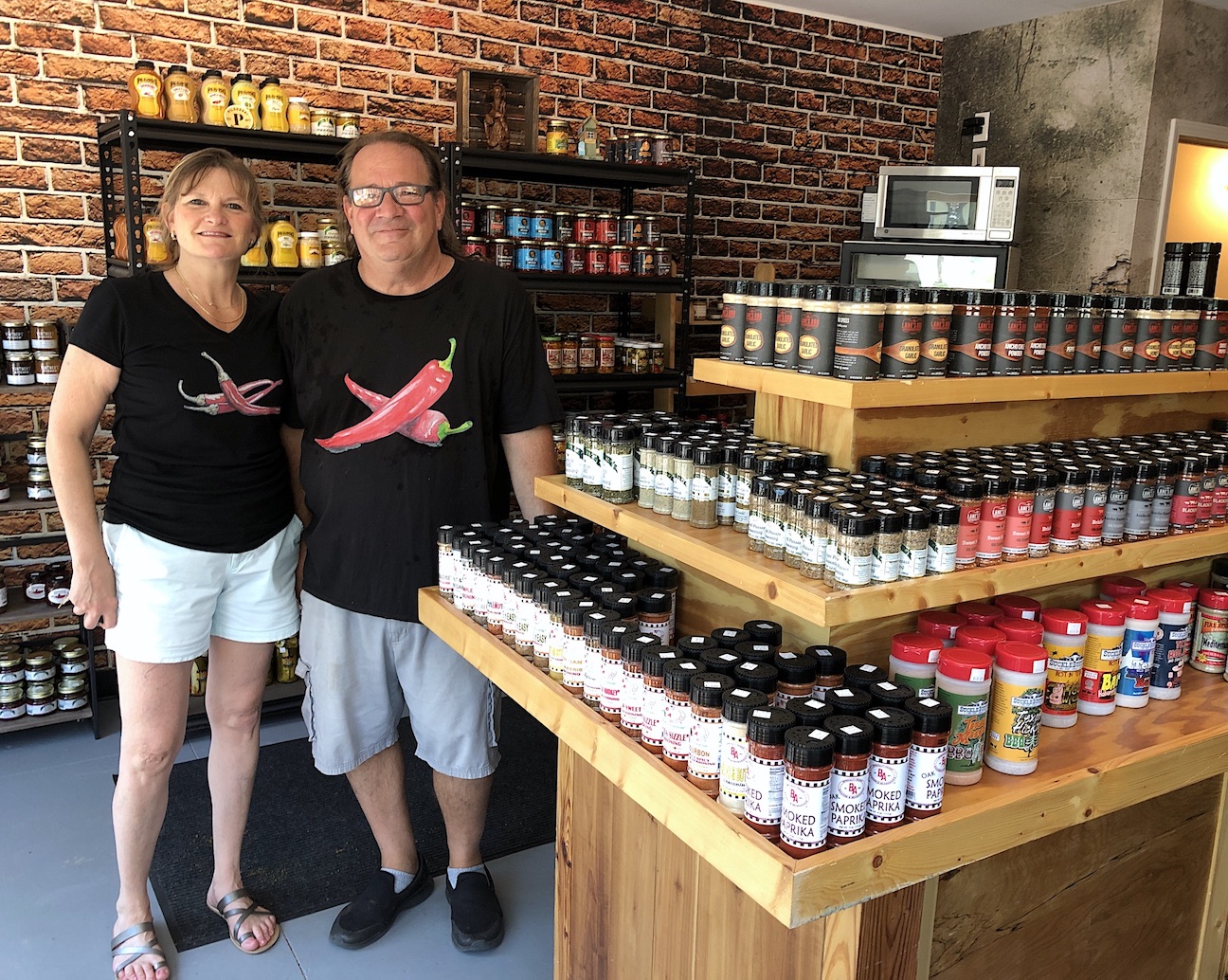 On Sunday, 15 minutes before posted store hours began at 442-444 Center St., Barb and Dan Peters of Amherst met owners Neil and Donna Garfinkel outside the new building. They excitedly walked in and admired the 300-plus hot sauces, marinades and rubs that line the wall shelves.

“We used to go when they were down the road (at Center and North Fourth streets),” Barb Peters said. “We used to love it. You can get almost any kind of hot sauce, hot peppers – all these – and he's very knowledgeable. So, when I saw he was open, I said, ‘We got to stop in again.’ It’s great.”

It was about 18 months ago the Garfinkels announced they would become a tenant at Town of Lewiston attorney Alfonso Marra Bax’s to-be-renovated property. Little did anyone know at that time the challenges and delays the 2020 coronavirus pandemic would cause on, well, everything, construction included.

To now have Sgt. Peppers open to the public, Neil Garfinkel said, “It feels great. I mean, I'm too young to retire – and my dog has walked enough in the last year-and-a-half (laughs).

The store faces the Frontier House. As customers enter, they will, of course, notice rows and rows (and rows and rows) of products. The store walls have a rustic look, and the motif is certainly inviting. Neil credited Donna for the aesthetics.

“We like it. It's a little smaller than our old store, but we're gonna stock it just as much,” he said.

In terms of products, Garfinkel explained, “We're gonna go with all the cheese we used to have – maybe a little bit more – and get more into bacon. We get a lot of flavors of bacon that we did very well with at the Lewiston Artisan Farmers Market. And that was a big success. So, we're going to get a freezer and start doing that.” 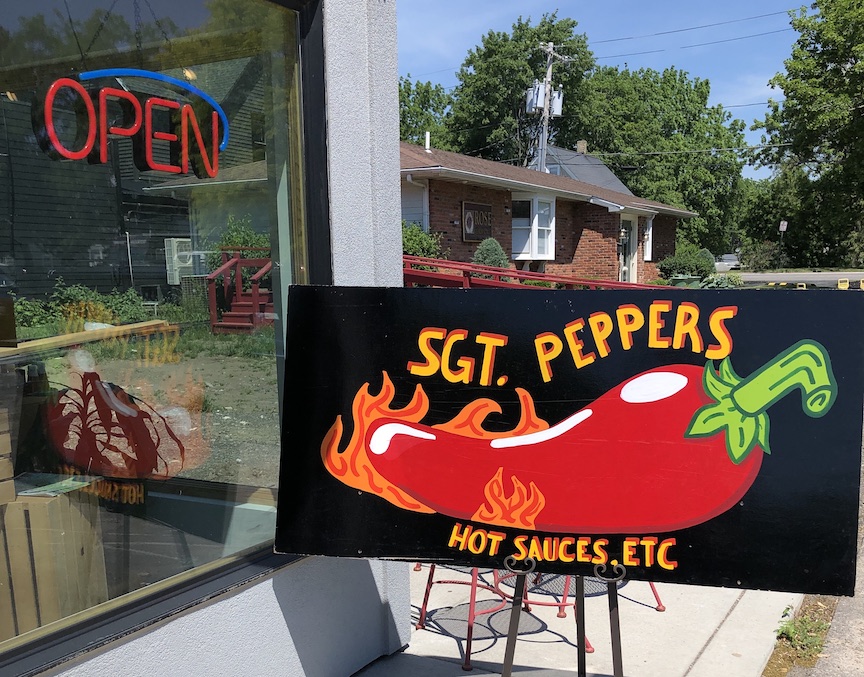 Sgt. Peppers Hot Sauces, Etc. has returned to enhance meals around the Village of Lewiston. 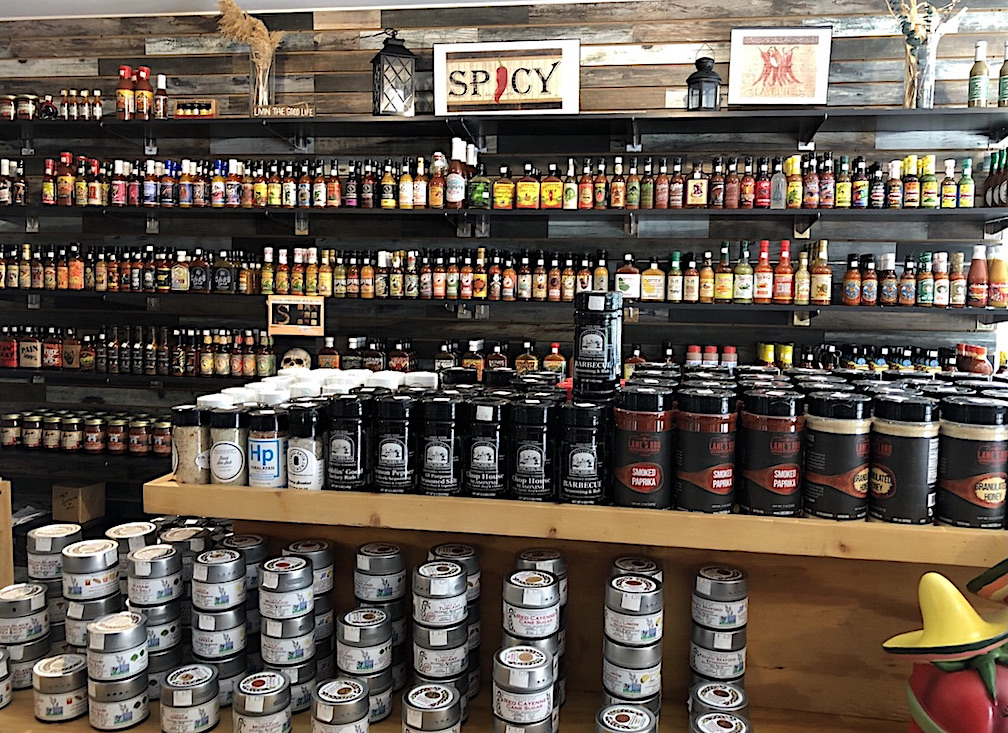 The store offers “marinades galore and a lot of barbecue stuff,” he said. “We're getting more into barbecue, like rubs and ingredients to make your own rubs. That’s a big thing; a lot of people have smokers now, and most of the guys that have smokers are going to come in here and get the barbecue sauces and rubs. …”

“Pickles we've done very well with. We were the first store ever to have M&M Pickles, and he takes good care of us because of that. They're really crunchy. They're made locally (in Buffalo). And we have hot, we have sweet, we have regular dill. The big thing with those is the crunch. … I don't know how he does it, but he does it well.”

With around-the-clock cooking shows on television, more and more food festivals, and a lot of extra time made available to people while Sgt. Peppers was closed, patrons have become home chefs – and seek out new taste combinations. Many will test the mettle of their palate by the flavor and intensity of their hot sauce.

Garfinkel labels his bottles so customers won’t bite off more than they can chew.

“You can go to like a 1, which is ketchup, and we go up to 10 with two pluses, which is insane,” he said. “It’s so hot that you usually can't put it on directly, as a sauce, but you can use it for an ingredient. But like a 6 would be like Tabasco sauce.”

When Garfinkel picks up a new brand of sauce, “I have to read the ingredients to figure out the number. Other ones are cataloged. And if I really can't tell what it's going to be, I have to taste it; which isn't so bad (laughs),” he said.

For the Peters, “We get everything,” Barb said. “What he does is really nice. As you know, on the price tag, he puts the numbers of how hot it is. So, we got everything from about a 4 to a 9.”

“We like a little bit of everything,” Barb said. “I do like that; it makes it so much easier to buy when he has that coding.”

As Sgt. Peppers begins its comeback tour, hours of operation are tentatively set from 10:30 a.m. to 7 p.m. Monday through Saturday. Customers get stay up-to-date by visiting https://www.facebook.com/SgtPeppersHotSaucesEtc. 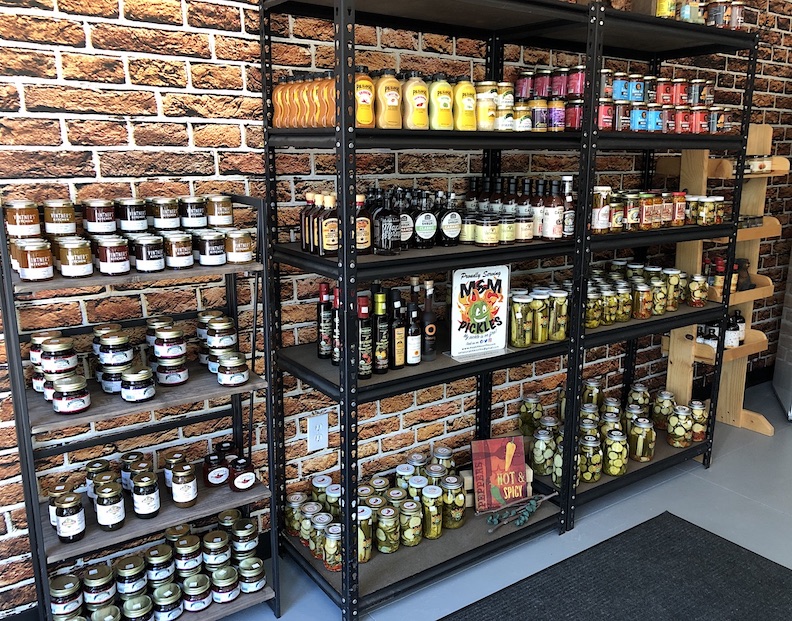 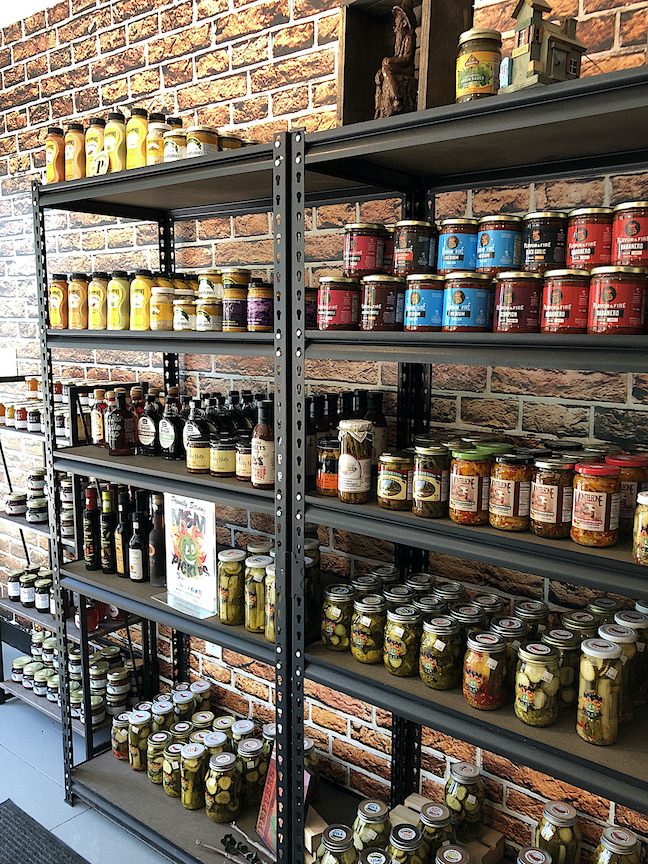 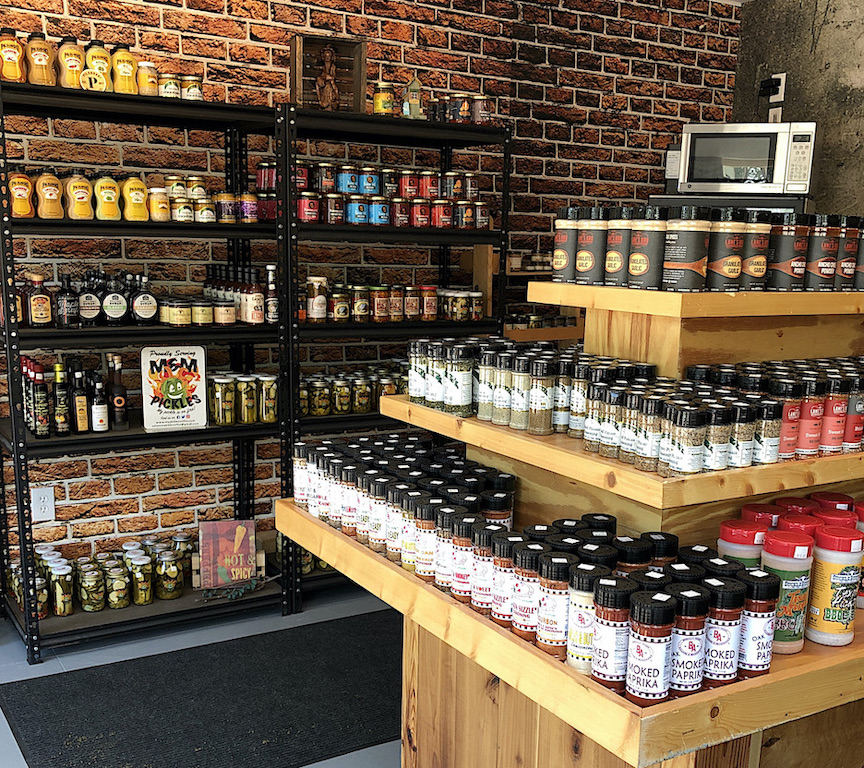 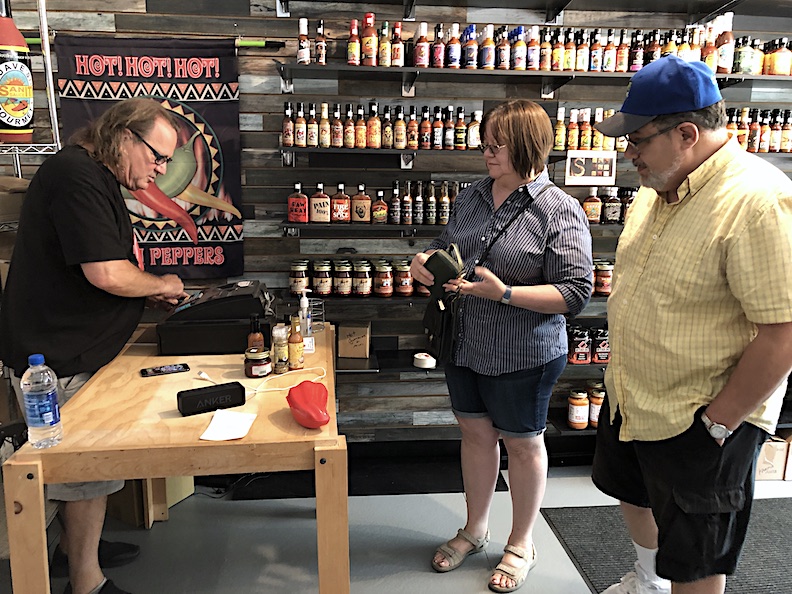 Barb and Dan Peters were the first customers inside the new Sgt. Peppers Hot Sauces, Etc.