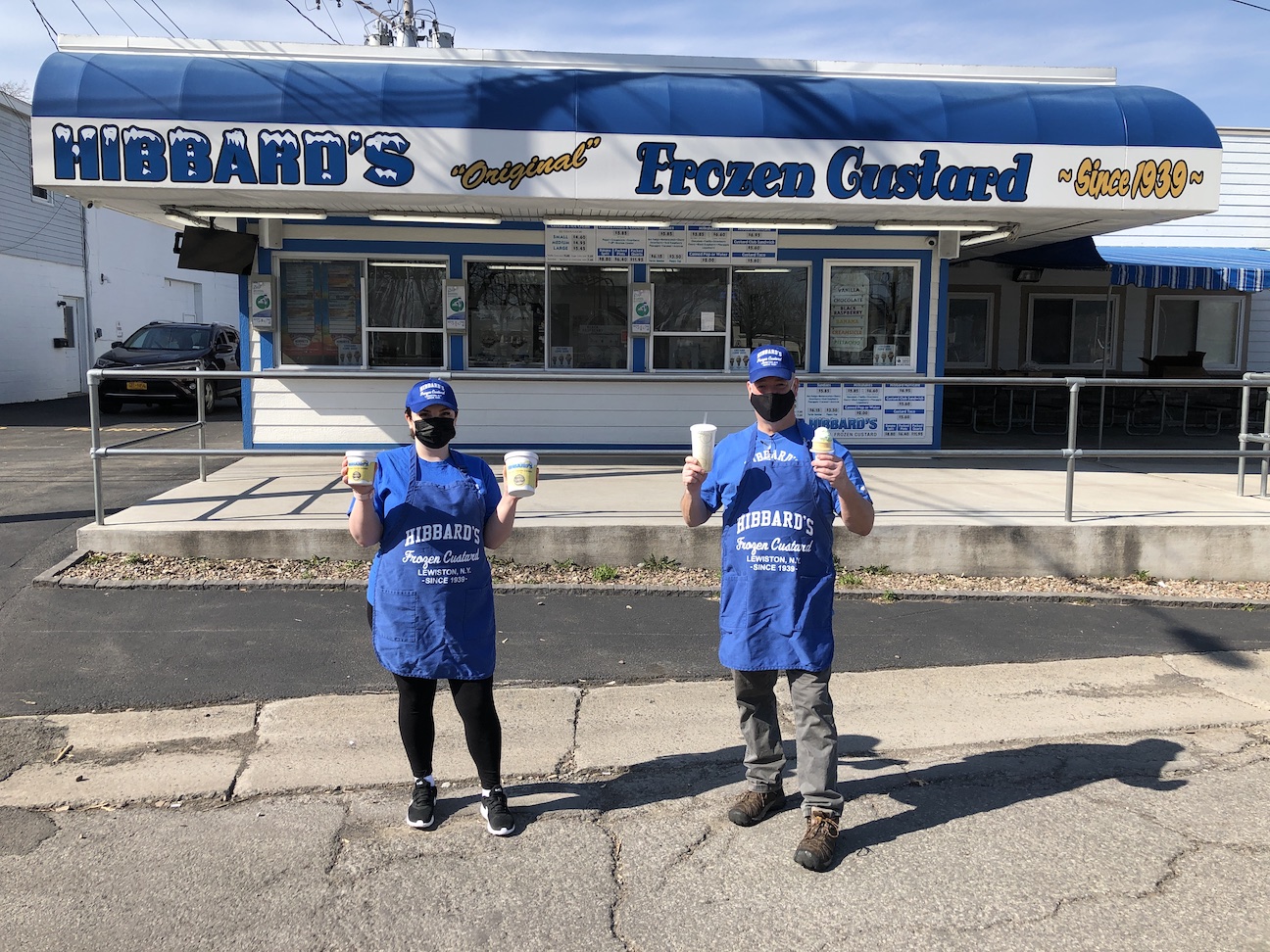 Hibbard’s Original Frozen Custard opened for the season Monday morning, in what is hopefully a sign of spring – and better days to come.

Having made it through the brunt of the coronavirus pandemic (we hope) and a long winter, proprietor Kris Trunzo said, “I think it's gonna be a great summer. And I think people, as soon as they find out we're open, they're going to be scrambling here.”

Sure enough, about 30 minutes before the red window sign flashed “Open,” customers started to arrive. Joe Woodbury of the Tuscarora Nation and his granddaughter, Aiyana Printup, were first in line, taking cones and pints to go.

Trunzo said, “We have so many new things this year. We have a couple new cookies for cookie sandwiches. We're doing custard tacos this year. We won't have them this week, necessarily, but next week we'll be starting with custard tacos, which is going to be something new.”

For those wondering, a custard taco is “a waffle,” Trunzo said.

“You would attribute it to making a pizzelle and bending it while it was still (hot), coming right off,” she explained. “The edges are all coated with milk chocolate; and then we'll fill it with custard and we're going to put in green sprinkles to represent lettuce. It'll have whipped cream and a cherry on the side. … They're delicious.” 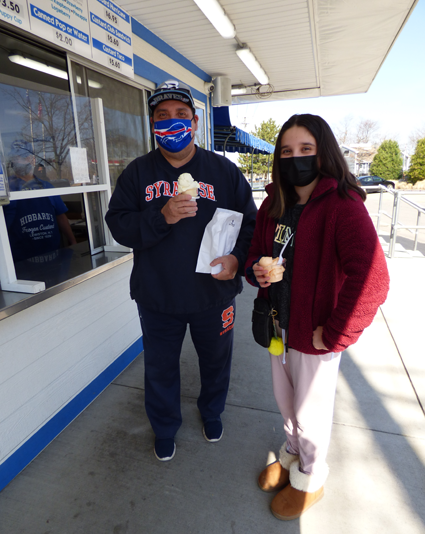 “Kris called me a couple of weeks ago and said, ‘Hey, can you make us a carnival blondie cookie, and can you throw in a new flavor with your triple chocolate one?’ ” The Village Bake Shoppe owner Mike Fiore said. “Now we're doing the M&M chocolate chip, the carnival, and peanut butter, with the triple chocolate one.”

“It was phenomenal,” Fiore said. “We can't believe how many ice cream cookie sandwiches they sold. And now that we're making more varieties, we're even more excited – and we're actually hiring people to help facilitate the growing demand of this product.”

Trunzo said she’s hopeful Lewiston will resume some of its summer programming after myriad events were canceled in 2020.

“We're kind of just waiting to see what Artpark is going to do, in terms of their shows, because we'd like to hook back up with Barenaked Ladies and do a relaunch of our Barenaked Ladies flavor (‘Big Barenaked Bang’),” she said. “I think that's kind of what we're waiting for, is just to see what's going to happen with Artpark.

“We're a little sad to see that Jazz Fest wasn't going to happen, because we were going to try and head down that way and do the food vendor thing and sell our cookie sandwiches through that. So, we're hoping that Artpark will be running and Art Festival will happen. I know GardenFest is going to happen in June.

“I think things are starting to feel a little more normal. I don't think that ‘normal’ will ever be what we were used to, but it'll have some semblance of that – I’m hoping.”

When the custard stand opened in May last year – a month behind schedule due to “New York State on PAUSE” restrictions – it implemented a series of safety measures, including masks and gloves, social distance markers, Plexiglas barriers and something called a cone buddy, which is a sleeve for ice cream cones that prevents drippage.

“Everybody is pretty much following the rules as much as they possibly can,” Trunzo said. “I think it just made a difference (with customer confidence).”

Niagara River Region Chamber of Commerce President Jennifer Pauly said, “Last week our office was buzzing with phone calls on the popular question, ‘Is Hibbard’s open yet?’ As we all know, Hibbard’s becomes a foodie destination when warm weather hits for young and old alike and, with the mild weather conditions, everyone is ready for the sweet treats! An early-April opening is just what we all need to keep spirits high at the start of the tourist season.” 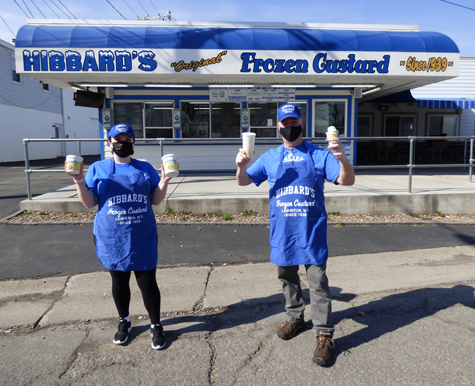