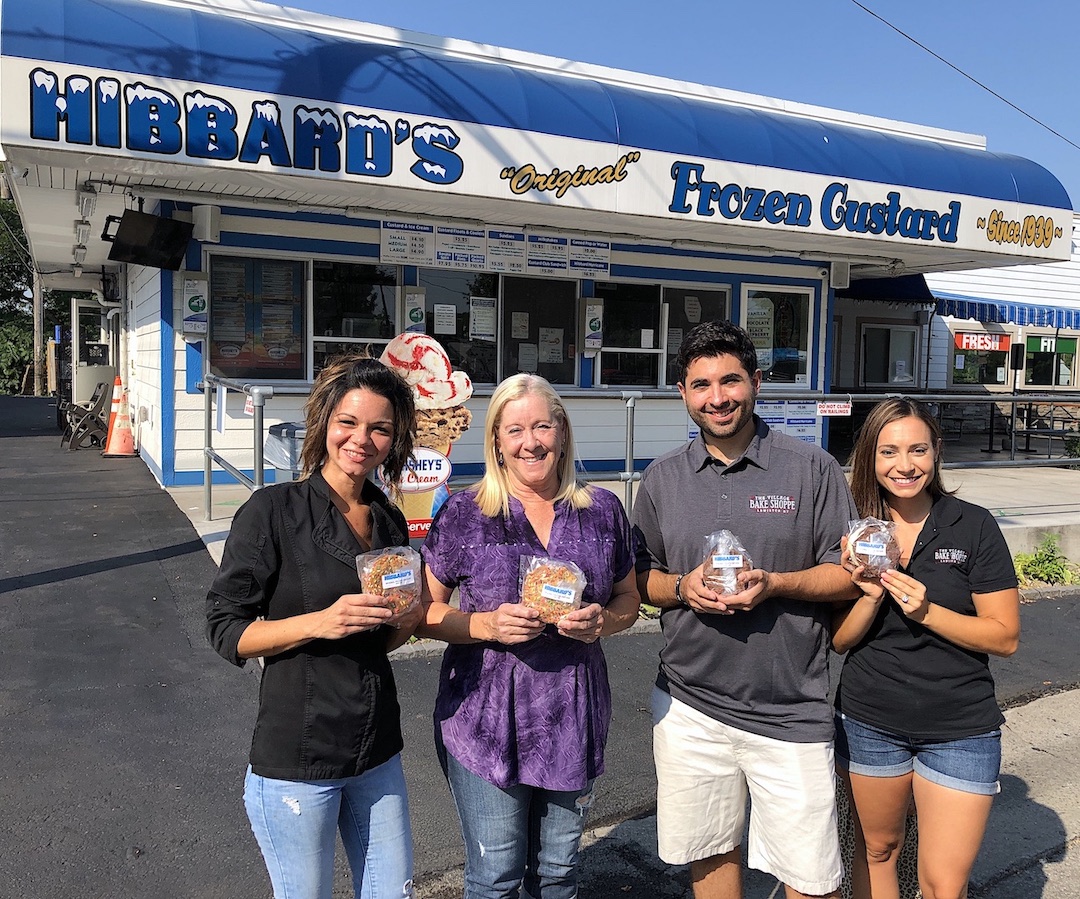 Like so many locally owned businesses, Hibbard’s took time during the coronavirus pandemic’s early stages to go back to the drawing board. The Lewiston fixture came up with a sweet plan to collaborate with two popular pastry artists.

Hibbard’s co-owner Kris Trunzo said, “We’ve been throwing it around for many years. My dad, he wanted to, but he didn’t want to; my brothers – we all wanted to do it. I think we thought this year, with COVID and everything going on, let’s come out of the box and think of some new things. That’s where the cookie came from.”

Now, a dessert sandwich needs two things: Ice cream – or, in this case, world-famous custard from the 81-year-old Hibbard’s stand – and cookies.

“We didn’t want chocolate chip; we didn’t want the hard black one that comes in all kinds of ice cream sandwiches that you find in the grocery store. We wanted something that was unique to Lewiston.”

The Village Bake Shoppe is supplying a triple-chocolate cookie. Trunzo estimates almost 500 dozen have been paired with her family’s custard since May.

“Kris reached out to me in the wintertime to see if we can collaborate with ice cream cookie sandwiches, and it was a no-brainer,” owner Michael Fiore said. “We couldn’t wait to get started, and we talked about some samples; and we ate lots of cookies; and they were happy, we were happy; and here we are.”

He added, “Everything that we make is from scratch. So, what that means is we don’t use mixes, powders or anything out of a bucket. We do it by hand – the old-fashioned way. That’s why we’re still here 27 years later – and you can taste the difference. With Hibbard’s Custard, that’s a Niagara County classic. And just to marry the two, Village Bake Shoppe and Hibbard’s, it’s just a perfect combination.”

While the cookie sandwich was an immediate hit, “Unbeknownst to us, there are some people out there that don’t like chocolate,” Trunzo said. “We wanted to bring in a blondie cookie, and that’s when we hooked up with Aimee from Just Desserts. She brought in three or four different samples, and we brought it down to that one. And we are going to be doing another cookie with her for the fall, as well.” 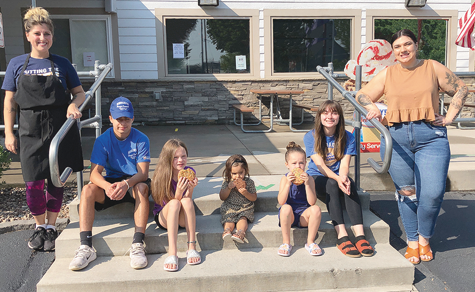 Aimee Loughran opened a kitchen early last year at 755 Center St., Suite 5 (adjacent to the Lewiston Stone House). She, too, found success early on with numerous event planners utilizing her skills for special occasions. Of course, the pandemic put the kibosh on such things this spring. Loughran turned her attention to do-it-yourself pastry kits, which became an instant hit with customers.

“I met Harold (Hibbard) at the Lewiston Stone House. We were discussing cookies and he was interested in the blondie. And then I presented to them a funfetti blondie,” Loughran said. “Blondie is kind of boring to me; I needed something a little bit more to catch people’s eye, and sprinkles – everybody loves sprinkles. So, I incorporated the sprinkles with the blondie and came up with the funfetti blondie. And I guess it’s one of their top-selling items here.”

Indeed, since Loughran started supplying her cookie in mid-July, she’s sent over 220 dozen.

For the uninitiated, a blondie is “basically like a chocolate chip cookie without the chocolate chips. And then there’s added sprinkles into the batter, as well,” Loughran noted.

A second Just Desserts – this one with a retail component – is set to open this fall in the Little Yellow House on Center Street.

“(Things) are going very well for me,” Loughran said. She explained, “I’m actually keeping my kitchen as a central location. That’s gonna be my commercial kitchen. And then the Little Yellow House is going to be my retail location. I actually won’t bake out of there.”

She plans to sell macaroons, among other items.

“I’m known for my macaroons and also my cheesecake,” Loughran said. “My cheesecake’s phenomenal; cupcakes, things like that. I’m going to be offering cookie sandwiches, case cakes.”

Each Hibbard’s ice cream cookie sandwich is $5, and “We pack them with a lot of custard,” Trunzo said. “We’ve been switching flavors around. We started with just vanilla custard, now we’re doing vanilla, chocolate and black raspberry custard.”

Peach custard will be offered at the start of September during what would’ve been Peach Festival weekend in the neighboring Academy Park.

She noted, “Normally we only serve peach custard during Peach Festival; all year that’s the only time we ever do it. So, we decided, you know, we don’t have a festival, but we want everyone to be able to have the peach custard. So, we’re doing a special peach hurricane, we’re doing a caramel apple hurricane; we’re doing peach sundaes, as we usually do; we’re doing peach custard for the entire seven to nine days. I think we’re gonna just run it all the way through every day as one of our specials – just because that’s the only time we ever serve peach. And people look forward to it, so we wanted to make sure that we carried that through, festival or no festival.” 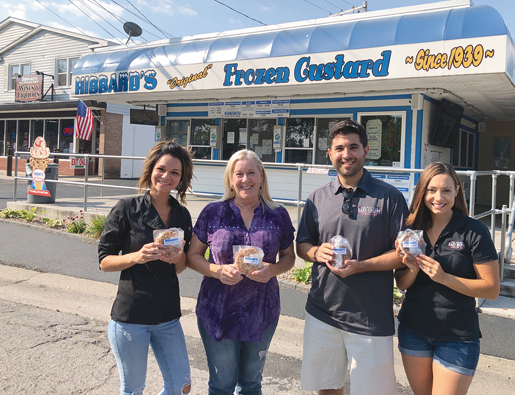