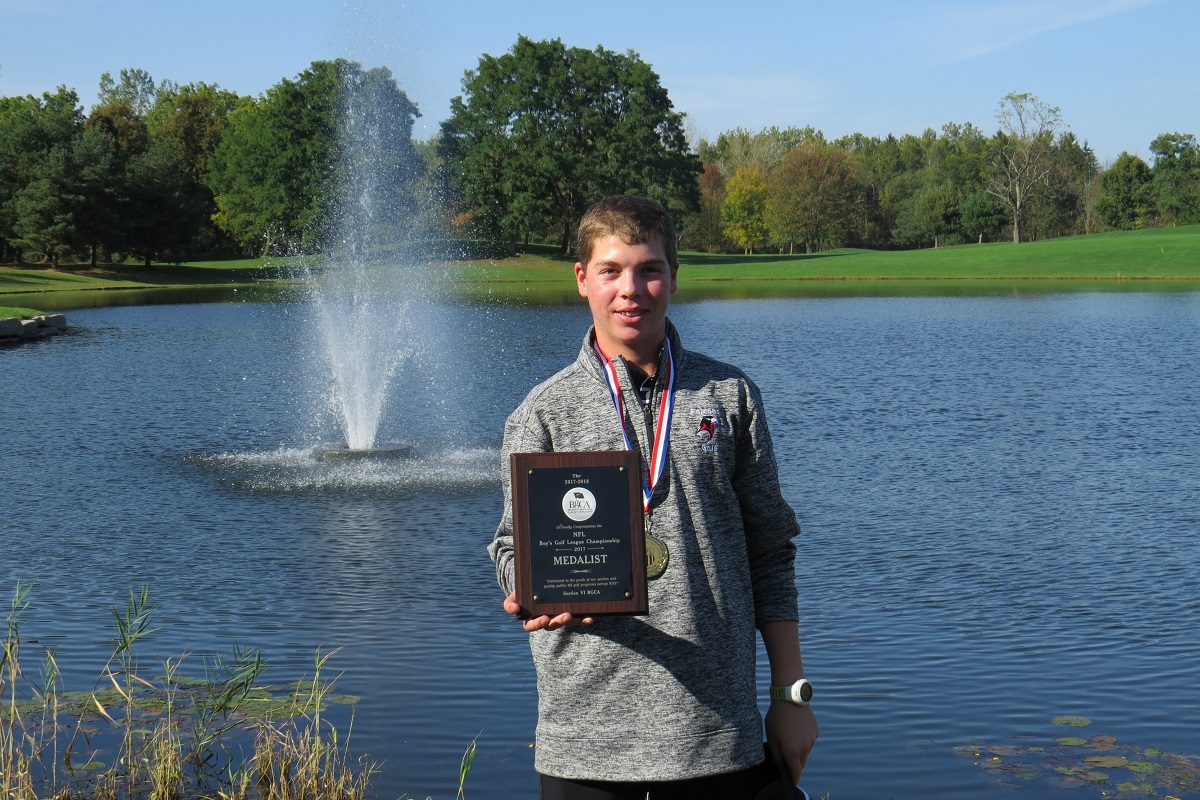 Anthony Delisanti poses with his medalist plaque and medal. Delisanti carded the low round at the 2017 Niagara Frontier League tournament, with a 3-under 69.

Tue, Oct 10th 2017 08:55 pm
Win clinches Falcons' fourth straight NFL crown
By David Yarger
Tribune Editor
The Niagara-Wheatfield golf team has turned heads with their play for the last several years. On Tuesday, they added to the program's legacy of success.
The Falcons golf team took home the Niagara Frontier League title at the league tournament at Willowbrook Golf Course. The top six golfers from each team in the league were on hand, with each team keeping the top five scores from their players at the end.
For Wheatfield, freshman Anthony Delisanti was the medalist for the tournament, carding a 3-under 69, while Nolan Codd, Nick Peters, Adam Liberti, Nick Clouden and Jacob Sillett carded rounds of 74, 81, 85, 83 and 94, respectively. With the 94 being negated, the Falcons' overall total was 392, 46 strokes ahead of runner-up Grand Island.
Coach Tim Codd was proud of his team and said the outcome was great.
"The boys played really well again," Codd said. "We had Anthony come in at 3-under par, which in my years coaching, I've never had anyone come in that far under... It's been a good run. It's been fun with the guys and I'm very proud of what they did today."
Wheatfield will send Delisanti, Nolan Codd and Peters to the Section VI tournament in May, as their scores were among the best nine in the tournament. Clouden just missed becoming an alternate for the tournament, losing in a sudden-death playoff.
Delisanti has been outstanding for Coach Codd this season, medaling in six matches and the NFL tournament. Coach Codd said, the work he's put in the offseason really shows.
"He plays a lot and he practices a lot," he said. "He's out here all summer practicing, playing in a lot of tournaments. You can see everything came together and to have an eagle, two birdies and pars pretty much the rest of the round, he's just very good at what he does and it just comes down to him. He's obviously talented, but he puts a lot of practice in too."
Codd mentioned before, his team is competitive with each other in a positive manner and he felt that was shown on Tuesday in how well the team performed.
"They want to play well as a team, but they also want to compete with the other guys on the team, because that just the way they are," Codd said. "That's the way golf is; you want to, as a team, do very well, but as an individual there's always that competitive edge in all of those guys. They just keep it going and they keep working."
Codd added that he's been lucky to have very good golfers come through the program that younger guys have learned from and it's been passed down to every Falcons' golfer coming up through the ranks. Codd added, his team has really worked in the offseason to get where they are today.
The Falcons' NFL win streak is now at 68, as the team accomplished another undefeated season (23-0). The team is also 88-1 in the last four years. Codd said the stat most impressive, is for the senior, Peters. In Peters' six years as a starter, the team has racked up a 121-10 record.
The Section VI tournament is tentatively scheduled on May 21, at River Oaks Golf Club, 201 Whitehaven Rd., Grand Island. 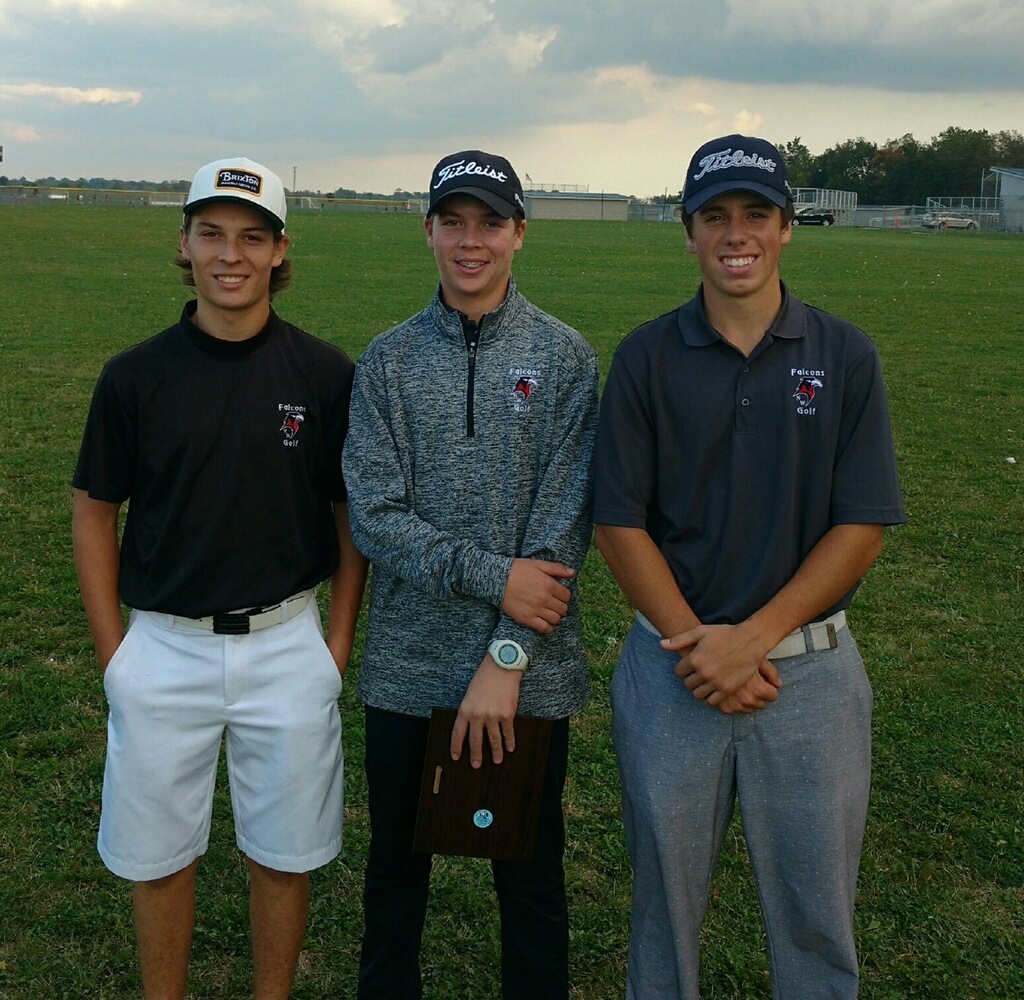