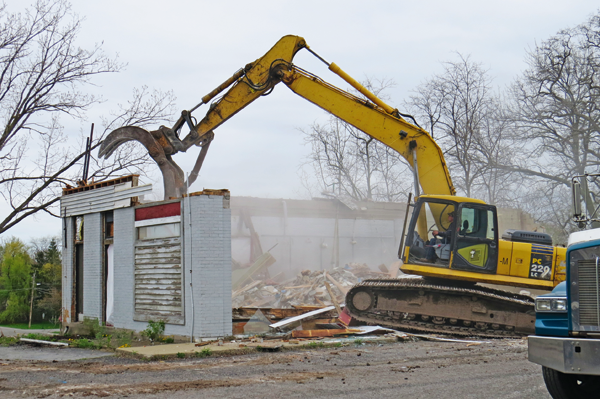 Two of the three buildings on the Center Street side of Ellicott Development's 4.1-acre parcel were torn down Wednesday, as the Buffalo property management firm prepares to build a mixed-use plaza in Lewiston.

After Easter, crews on site began removing asbestos from buildings Nos. 1-2. Once the sites were deemed ready for the excavator, demolition workers dismantled all of No. 1 (former antique store),  most of No. 3 (the Center Street side of the former pizzeria), and part of No. 2 (former pet food store).

Village of Lewiston Projects Coordinator and Liaison W.E. "Skip" Hauth told the Board of Trustees that demolition work happened earlier than he expected, but that was OK.

"I thought they were going to be completely finished with the asbestos abatement before they started any demolition," he said at a special meeting on Wednesday night. "(It) didn't happen, but it's not a problem - the way they're handling it at the moment."

Hauth said a stop order was temporarily issued as demolition began without proper fencing in place. He said the matter was quickly resolved, with fencing installed just a couple of hours later.

A chain-link fence is expected to replace the existing high-visibility orange fencing.

"They're doing the things they should be doing," he added.

Hauth said he's told the demolition supervisor to "harvest" the stone from the former antique store and the wall in between the first two buildings.

The stone will be taken away by the Department of Public Works and set aside for possible future use in the village.

Hauth also said Ellicott Development could not produce enough evidence of site contamination to warrant a brownfields cleanup program grant. The company had sought personalized income tax credits from the New York State Department of Environmental Conservation to offset the cost of remediating the land. 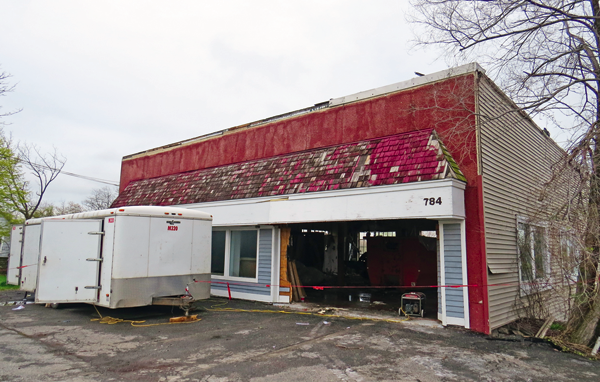 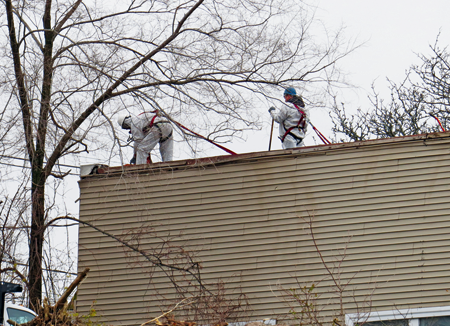 Ahead of Hauth's update, the Village Board voted 4-0 to approve the 2017-18 fiscal year budget. The financial plan was presented to the public during last week's monthly meeting.

Residents will pay $7.38 per $1,000 of assessed property valuation. That's the same rate as the current fiscal year.

"Two years in a row we held the line," Mayor Terry Collesano said.

"Next year will be better," Trustee Nick Conde said, alluding to construction of the plaza and the Fairchild Place apartments. "It should be better next year."

Deputy Treasurer Edward Walker said, "We are doing well this year. The light winter and everything like that really helped us out. We've got a month to go, and we're still on the positive side of the ledger. ... I think we have a real strong chance of finishing in the black."

The fiscal year begins on June 1.

Village of Lewiston Board to vote on budget on Wednesday

Deputy Mayor Bruce Sutherland was excused from the meeting.

The Village of Lewiston Beautification Committee and Department of Public Works received a $1,000 Arbor Day Community Grant from the New York State Urban Forestry Council. The money will be used to plant two red maple trees on Center Street, and one at Lewiston Landing.

There will be a celebration on May 18, when the trees are planted.