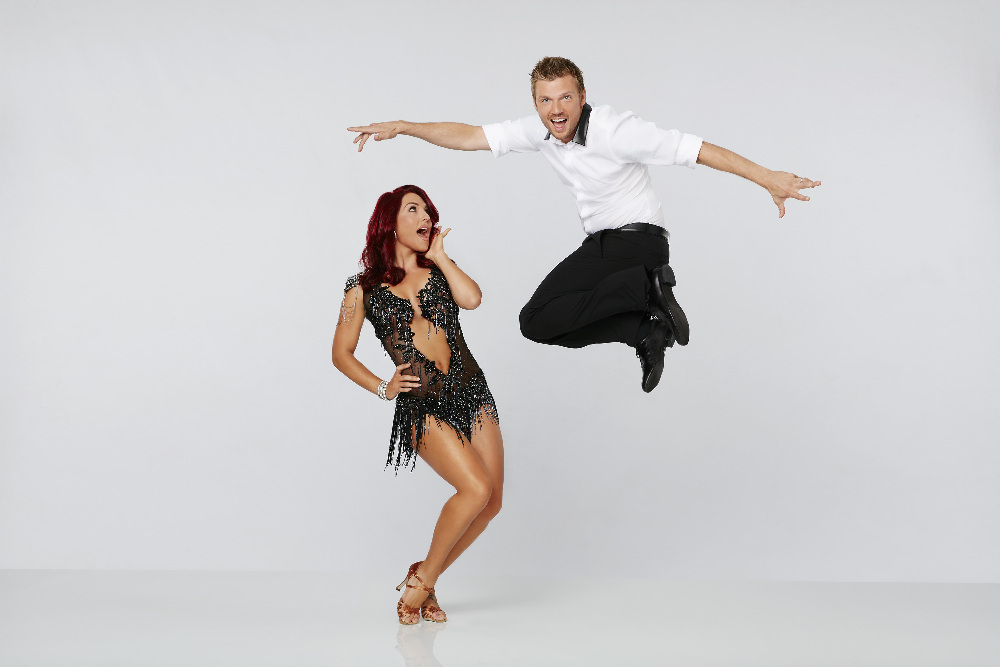 "Dancing with the Stars" was designed to shine a spotlight on celebrities - for better or worse - trying their hand at ballroom dancing. But pro Sharna Burgess said the hit ABC series has done much more than that since debuting a decade ago.

While some people initially flipped on "DWTS" hoping to see the famous fall flat on their faces, others took note of ballroom dancing - its beauty and intricacies. As the seasons unfolded, more and more viewers began to root for straight 10s instead of mayhem.

" 'Dancing with the Stars' put ballroom dancing on national television and got celebrities to do it. Over the years, it has really shown the evolution of ballroom dancing and how it's very much blended with commercial dance now - and the possibilities of what ballroom dancing could be," Burgess said. "Now young people think it's cool. I have 12-18-year-olds that are contacting me about how they've decided to dance and take up ballroom. That's insane. And I think that's just so incredible."

"DWTS" is not only a television hit, but a touring success, too. Celebrities and pros have pasa dobled, cha-cha'd and jived across the country.

"I think that's what 'Dancing with the Stars' has done for dance. It's blown the walls out of the ballroom world and really shown everybody how cool it can be. And now everybody wants to do it," Burgess said. "And I'm so grateful, because that means that I have one of the coolest jobs in the world, and I get to be a part of that."

"DWTS" upped its credibility when Burgess joined the pro cast in 2011. Her prior credits included a performance in her native Australia at the 2000 Olympic Games closing ceremony, an international tour of the hit show "Burn The Floor" starting in 2006, and a stint on Broadway in 2009.

"I had incredible coaches and I was really lucky that I landed a tour with 'Burn The Floor,' " she said. "The choreographer and director, Jason Gilkison, saw me at a dance competition and chose me to be a part of it. He was the greatest gift that I could've had in my career. I saw what being a choreographer meant and I fell in love with it.

"I think I've just always had really intelligent people in the business around me that have made my understand it goes so much further beyond dancing. If you want to be in this industry, you have to be able to evolve into a choreographer, a creative director, and be more than just dance steps. And I think, really, that has a lot to do with my success.

"I, obviously, am ... incredibly passionate about my craft, and everyday I push myself to be better. I never get comfortable. ... I've always strived to be more than just dance steps, and go to the depths of what dance is about - and make people feel something, and entertain.

"I love it. It's my world. And, honestly, I feel like I was put on this earth to dance. It just seemed there wouldn't be another option for me. So, you know, I had to make it work (laughs)."

"I've had amazing partners - it's all in different ways - but Nick is, certainly, a different level," she said of the Backstreet Boys band member. "He's got dance talent, but we are discovering in our first few hours of rehearsal that, in some ways, it's a little bit of a disadvantage. We need to get that hip-hop vibe kind of out of him, so we can get the ballroom technique."

"Usually ... the less politically correct response that I have is, if we got to choose our partners, my love, I would not have chosen Andy Dick for my first season on 'Dancing with the Stars!' " she said.

However, "He actually turned out to be incredible," Burgess noted. "It really showed me that you can't judge anyone by face value, because, on 'Dancing with the Stars,' when you get to know somebody, because of the experience that we go through, it really is an awesome experience." 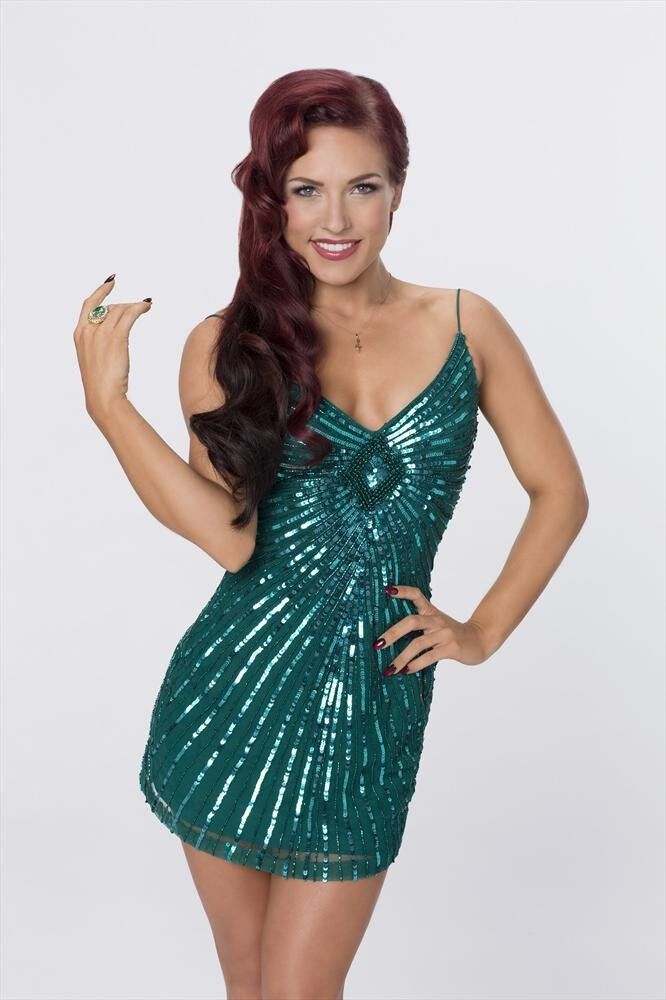 Last season, Burgess made it to the finals with Noah Galloway, a soldier who lost his left arm above the elbow and left leg above the knee to an improvised explosive device. The two inspired the judges and wowed the audience - especially with a season-ending freestyle dance that drew a perfect score.

"Noah Galloway is a very special human being," she said. "And I don't think many people could do what he did. He just is incredible."

Of course, Burgess said the dance pros have "absolutely no say in who we get partnered with."

"It is purely producers' choice, and they have their formula," she said. "They're obviously trying to create different dynamics throughout the season with the chemistry behind the couples. And so they're going for the flirty couple; and then the fun couple; the brother-sister couple that teases each other; maybe they want a couple that get a little bit heated and they might argue a little bit. They're going to try and give diversity to our fans and our audience."

This season's pairings include:

Busey, who starred in films such as "The Buddy Holly Story," "Lethal Weapon" and "Under Siege," more recently came off as a lovable, shall we say "extremely eccentric" personality on "The Celebrity Apprentice."

"When I heard Gary Busey was on, I think I just giggled, actually, to be honest," Burgess said. "He could end up being another Andy Dick and win everybody's heart. You know, this show gives him that opportunity to let everybody know a different side of him - the side of Gary Busey without the crazy that we all know at the moment."

Off course, it all comes down to the dancing.

"I'm really looking forward to seeing if Anna can bring that out of him - and I'm sure she can, because she's incredible," Burgess said.

Breaking down the field, she noted, "I would love to say that we're going to win, but who knows at this point? We haven't seen anybody dance; and it seems like a really strong cast."

Burgess has heard good things about many of this season's competitors.

"I think that the semifinal and the final is going to be probably one of the best that we've had in a long time," she said.

Watch Burgess do her thing when "Dancing with the Stars" premieres at 8 p.m. Monday, Sept. 14, on ABC. Keep up with her online at: 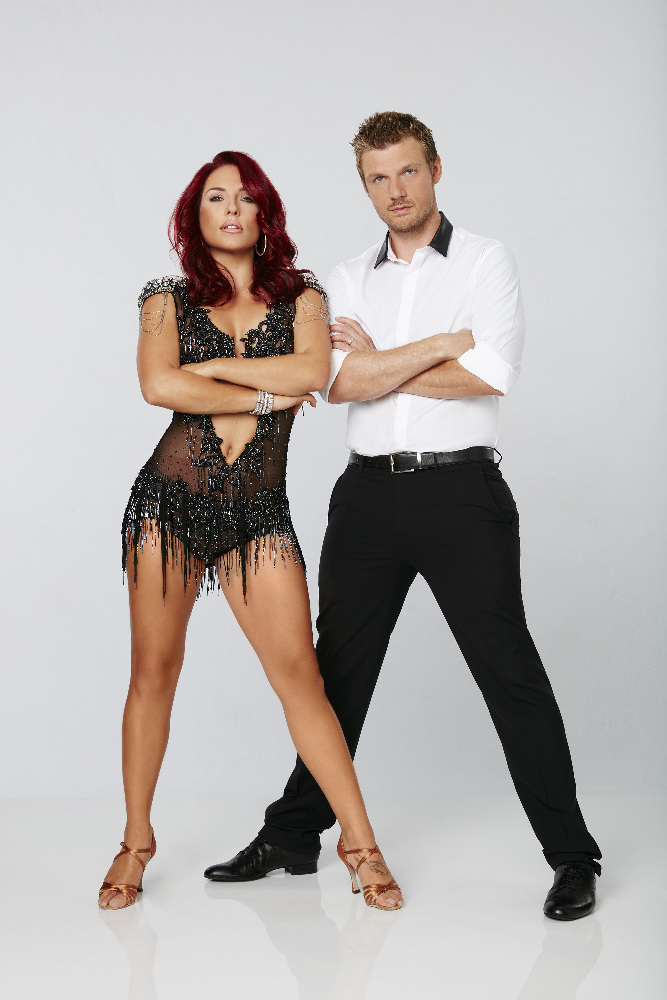