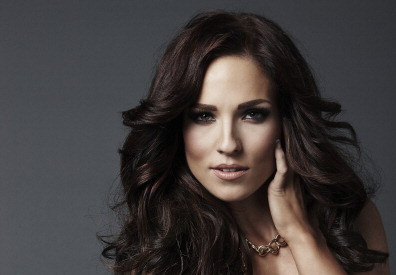 Following back-to-back sold-out tours, "Dancing with the Stars: Live!" is once again taking its all-new production on the road.

Fans of "Dancing with the Stars," ABC's leading entertainment show, produced by BBC Worldwide Productions, will be given the opportunity to see their favorite stars dance live in Niagara Falls. The "Dance All Night Tour" is bringing a one-of-a-kind touring production to the Seneca Niagara Events Center at Seneca Niagara Resort & Casino at 8 p.m. Saturday, Jan. 2, 2016.

In this all-new production, the dancers are freed from the ballroom to bring audiences a 90-minute, action-packed live show. Audiences will watch exciting and romantic performances, from choreography never before seen on "DWTS," to some of the most memorable numbers from show.

"This tour is going to be totally new and exciting. We're traveling through America again with some of the hottest dancing you'll ever see in a live show. You think you've seen us on TV, but seeing us on 'Dancing with the Stars: Live!' is an experience like no other," Chmerkovskiy said.

Tickets for "Dancing with the Stars: Live!" "Dance All Night Tour" start at $55 and are on sale now. Tickets may be purchased at select Seneca Resort & Casino retail outlets, Ticketmaster.com, all Ticketmaster locations or by phone at 800-745-3000.

For up-to-date tour information or to purchase tickets, go to dwtstour.com. VIP packages will be available through VIPNation.com, giving fans the chance to purchase premium tickets, meet-and-greet opportunities with the cast, exclusive merchandise and photo opportunities.