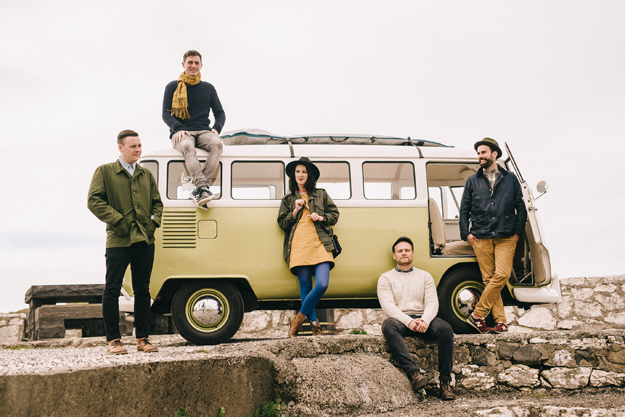 New album, 'As Family We Go,' now available for preorder

Church at an amusement park - it's an unconventional idea. Yet, for more than two decades, Kingdom Bound has aptly fused revival with rollercoasters and rock 'n' roll, reaching hundreds of thousands in the process.

Such an accomplishment isn't easy. It takes time, planning and prayer. It requires bands that can impact both the churched and the churlish.

It works thanks to the efforts of acts like Rend Collective.

The indefinable Irish outfit makes music for the masses (and makes no bones about its intention).

"We believe in the power of God's people coming together as the church," vocalist Gareth Gilkeson said Friday. "I guess we write music because we want anybody to be able to walk off the street, walk into a building (or Darien Lake, in this case), and meet with God. Whether they've never been to church in their life, we don't want them to feel isolated and come in and go, 'Oh, this music's really old-fashioned,' or 'This music doesn't make any sense to me.' We want people to be able to walk through a church door and go ... 'I feel comfortable here. I like the music.' "

These days, such a goal is especially important to Rend Collective because, "Ireland is very much moving toward a secular society and there's a lot of people that have been burned by religion," Gilkeson said. "We see it as our job to be able to heal and mend some of those bridges."

You see, while some Christians try to persuade others through guilt, peer-pressure or chest-thumping, Rend Collective works a little differently. The band members choose to show others God's love by ... loving others.

Such a radical idea is the basis of the band's forthcoming album, "As Family We Go."

"We see ourselves as a celebration band," Gilkeson said.

"We believe, as Christians, that we're not just meant to be a nice little club and get together, gather in church and not actually get out and engage the world," he explained. "But we believe that Jesus called us to go out and change the world - to meet the poor and the lonely and lost, and to build friendship and to bring joy there.

"We're so excited about it," he added. "The whole idea - the reason it's called 'As Family We Go' - well, we as a band see ourselves much more as a family than a band. That's why we have 'Collective' in the title. We think that relationships are more important than what musical notes you're playing."

Of course, those musical notes aren't too shabby. The band's previous album, "The Art of Celebration," debuted at No. 1 on Billboard's Christian music chart. "As Family We Go," which is now available for preorder, shot to No. 1 on the iTunes Christian albums chart, while single "You Will Never Run" sits in the top 25 on both the Hot AC and National Christian Audience charts.

"So, a lot of people ask us, 'Are you a folk band? Are you a rock band? What are you? What kind of music do you do?' And we more prefer to define ourselves through our approach to what we do - with joy and celebration - because we think that, as Christians, the Bible says that the joy of the Lord is our strength," Gilkeson said. "It's not about being happy in something that's all light and easy, but it's something much different than that. So, in our live show, we try to put that across." 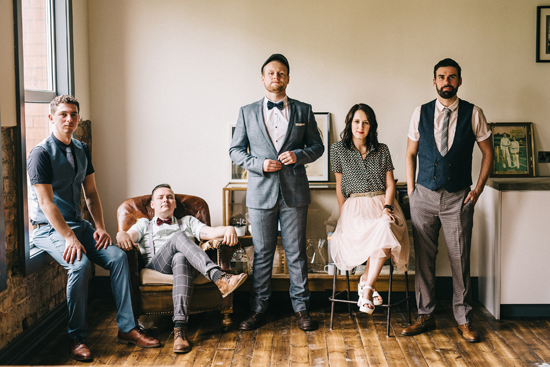 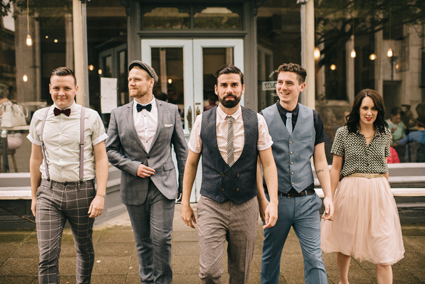 "We've got a lot of crazy instruments. Upbeat music. We also enjoy the old hymns coming from a rich heritage in Ireland. ...We really enjoy doing older hymns and that sort of thing, as well," Gilkeson said.

"The music's fun," he added. "We've tried a lot of new stuff. We're trying to keep that sort of celebration aspect. We've still got the Irish tinges and edges. But I feel like the sound has developed and matured more.

"I'm really excited just to see how people - who have followed our music and enjoy music - how they react to (the new songs). I actually don't know whether they'll love it or hate it (laughs)."

Kidding aside, "We've done a couple of songs and they've gone down really well, which is great," Gilkeson said. "It's nice to see that those (new) ones are working so far."

"There's a real sort of family-oriented thing about Kingdom Bound, which we love," Gilkeson said. "All the people we met were really genuine and really down to Earth. I think that was one of the things that we really enjoyed about the festival and, obviously, we love playing to the people and having a great show. But we also really enjoyed getting to know people offstage, as well."

Get connected with Rend Collective 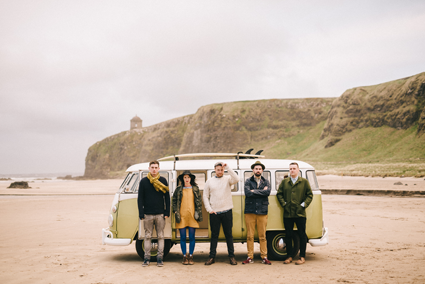