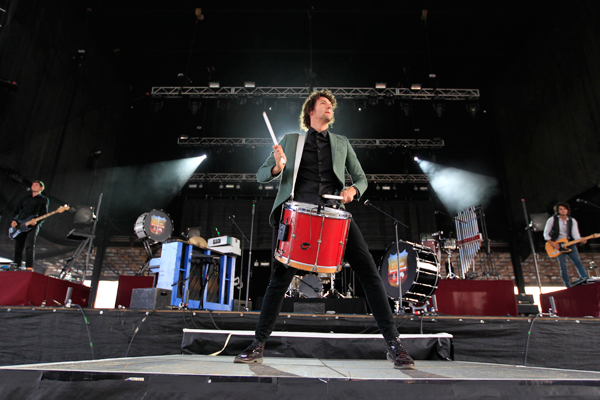 The Kingdom Bound Festival, one of the nation's largest and longest-running Christian music festivals, is set to return to Darien Lake theme park this summer. The 30th annual festival takes place July 20-23 with more than 40,000 attendees from across the U.S. and Canada expected to attend. On-site accommodations are available, as well as full event and single day commuter passes. All tickets include access to festival activities, as well as admission to Darien Lake Theme and Water Park.

As the festival celebrates 30 years, the theme reflects a return to the basic message that is the theme of Kingdom Bound Ministries: to share the Gospel and to encourage believers. It may be the 30th festival, but it is a year to return to the basics of sharing salvation to those in need.

"It's time to return to our first love: our passion for Jesus. We need to get back to the basics. How will I practice my faith - what will I speak to others?" festival director Donna Russo said. "The message of salvation has always been the front and center mission of Kingdom Bound."

Other festival events include "Kids Ministry" for ages 4-8, "Amped Tent" for 9-12 year olds, the Kingdom Bound Marketplace, and more than 40 inspirational seminars from speakers across the world, including national communicators Nick Vujicic and Reggie Dabbs, as well as local speaker Jill Kelly and her daughter, Erin Kelly.

"AWAKEN," a new youth program geared to high school and college students, will make its debut this year at Kingdom Bound. The morning will begin with breakfast (on-grounds guests only), followed by worship and a morning keynote message. Interactive games will follow and the morning will close with breakout sessions for students and leadership. Wes Aarum, Dabbs, Jeniffer Dake and Mike Gordon will be among the presenters, with music from the Vintage Band and Elmwood Drive.

"Looking ahead, I have been impressed with the urgency of reaching the lost, both collectively as a ministry, and individually," Russo said. "I Corinthians 12:4-27 reminds us that God has placed gifting within us. Each gift is needed, and each works with the other to accomplish the mission of the Gospel."

Single-day tickets for the festival are $54-$59 and include admission to Darien Lake Theme Park and water park. Four-day festival passes including park admission are still available for $149. Tickets are available online through www.itickets.com, by calling 716-633-1117 or in person at Kingdom Bound - 8550 Sheridan Drive, Williamsville. For more information, call 1-800-461-4485 or visit www.kingdombound.org.

Kingdom Bound Ministries has been in operation for more than two decades. With a focus on Biblical truth and a reputation for excellence in ministry, Kingdom Bound is more than a music festival. Staffers have tackled relevant subject matter such as abstinence, purity, youth, parenting, self-esteem, the mission's influences on modern media, and a host of other contemporary topics.

Darien Lake's wide variety of entertainment has made it "destination fun" since 1964. Located 45 minutes from Niagara Falls (between Buffalo and Rochester), the park boasts more than 45 rides, including six world-class rollercoasters; dozens of family rides; several world-class entertainment shows right in the park; the region's largest water park complete with wave pool; and a 20,000-seat performing arts center, operated by Live Nation, that hosts some of the hottest music artists. The park is open May to October, and welcomes overnight guests in a wide range of accommodations - from a full-service hotel and modern cabins to rental RVs, and RV and tent campsites. For more information or to order season passes, visitwww.DarienLake.com. 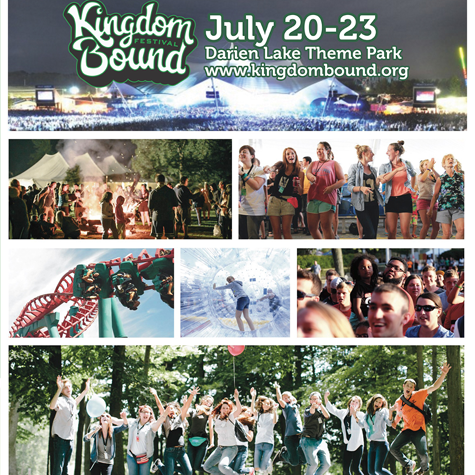