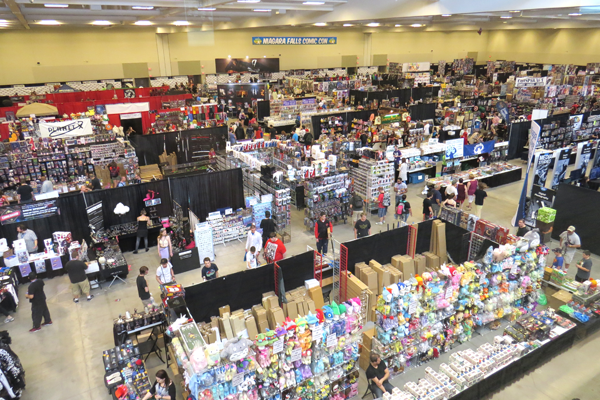 Tens of thousands of sci-fi, fantasy, cosplay, comic book and wrestling fans are descending upon the Scotiabank Convention Center in Ontario this weekend for the fifth annual Niagara Falls Comic Con. The event boasts more than 200,000 square feet of merchandise, props, movie and television replicas.

While reminiscing about past works is not something every famous person relishes, a fan's day is made by spending one or two minutes with a celebrity hero.

Kiser said it's fun to interact.

"I think to get a feeling of a craft that you've passed on to your audience (is worthwhile), and it's so nice to get feedback and see that you make a difference in peoples' lives," he said. "They laugh. They said, 'You made me laugh.'

"Someone asked me one time in an interview, they said, 'What would you put on your tombstone?' I said, 'Tombstone? I guess I would put on, "He made me laugh." ' "

"They all like Bernie (the character he "brought to life"); they like 'Friday the 13th' very much," Kiser said. "They like my episodes on 'Three's Company.' I get recognized for that all the time."

Canada has become well-known for its comic cons in Niagara Falls, Hamilton and Toronto. The Scotiabank gathering had special meaning for Volkoff, who portrayed a well-known Russian WWF heel in the 1980s.

"Fans are part of our life," he said. "We have fans when we wrestle and, today, I still wrestle myself if I stay healthy. But I enjoy to come to Canada, because Canada is the first country that I come when I escape from Europe - from Communist country - I come to Canada."

Poffo, also known as Mr. Perfect's manager, "The Genius," in his WWF days, recently appeared at the now-WWE Hall of Fame induction ceremony to honor his brother, the late "Macho Man" Randy Savage.

"Everybody asks me what my brother was like, and what Mr. Perfect was like," Poffo said. "And the answer was the same: They were both fantastic. And my life was richer for having known them."

"Now, my mother was a little upset, but I said, 'Hey, why should Randy get his way?' I never got my way, because I was the youngest. Now that I'm the oldest, I'm going to get my way, and that is, the fans have suffered enough. I'm tired of the fans suffering every year.

"And there's a lot of people that took it seriously. There are two people in the Hall of Fame that should've been there years ago: 'Macho Man' Randy Savage and Bruno Sammartino. It took too long to get Bruno and my brother in."

"I like the fans very much, and the reason I like the fans so much, is because I was 12 years old; cute as a bug's ear; I had a pen and an autograph book; and I walked up to Art Linkletter," Poffo explained. "He had his own TV show on CBS called 'Art Linkletter's House Party.' I said, 'Mr. Linkletter, may I have your autograph?' And he said, 'Buzz off.' But he didn't say 'Buzz.' And it hurt my feelings.

"I believe that fans are the demand, and the wrestlers - or the stars, or the whatever - are the supply. Without demand, there is no supply.

"I love and appreciate my fans, and I don't ever want to treat anybody like Art Linkletter treated me."

Comic cons often draw hordes of people dressed as a favorite film star or iconic comic book character. These attendees usually have specific requests when meeting celebrities. For the most part, the guests oblige.

Of course, there are some things they won't do. 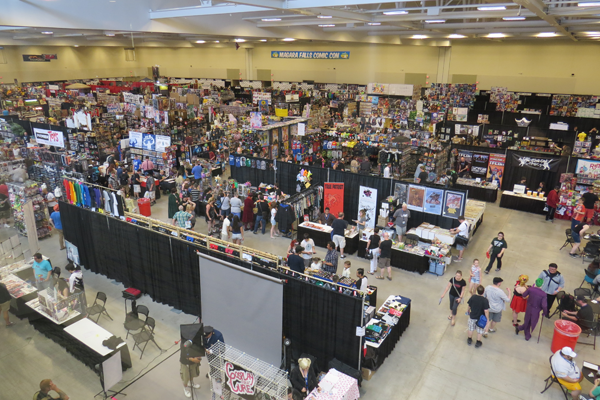 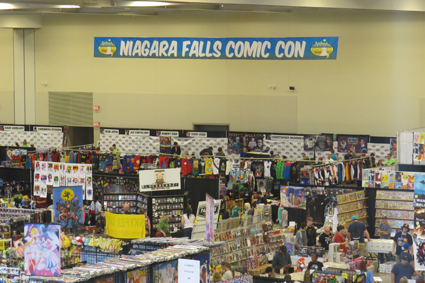 Friday was the calm before the storm, so to speak. Thousands of people will line these aisles Saturday and Sunday. 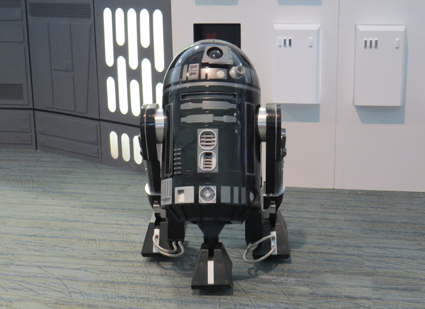 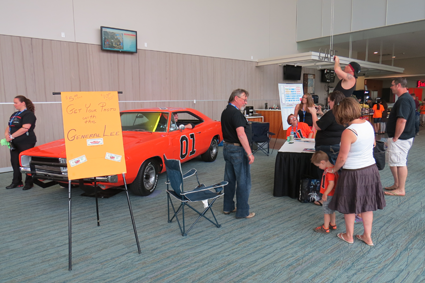 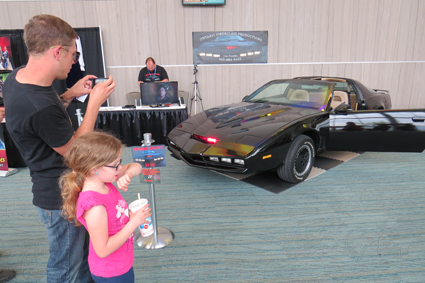 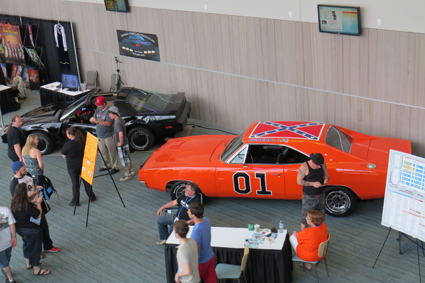 KITT and "The General Lee" 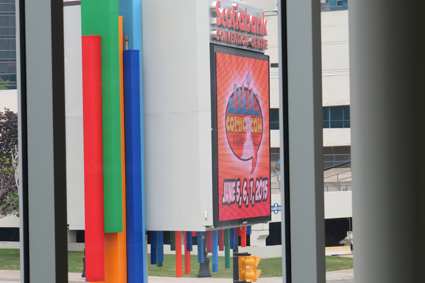 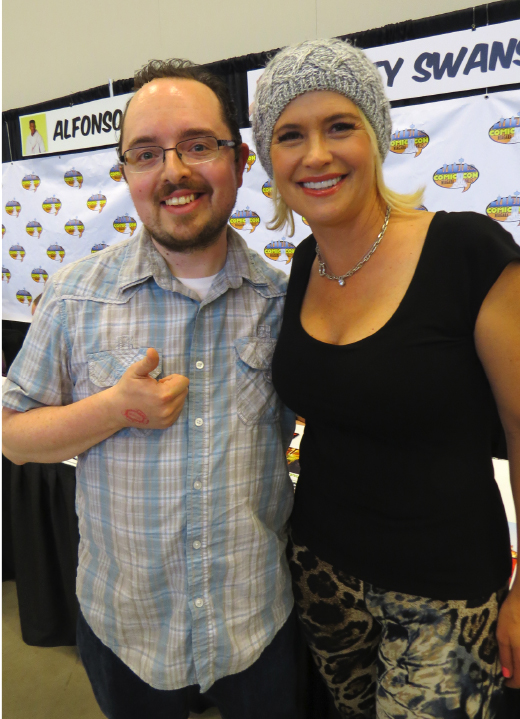 This writer with actress Kristy Swanson.