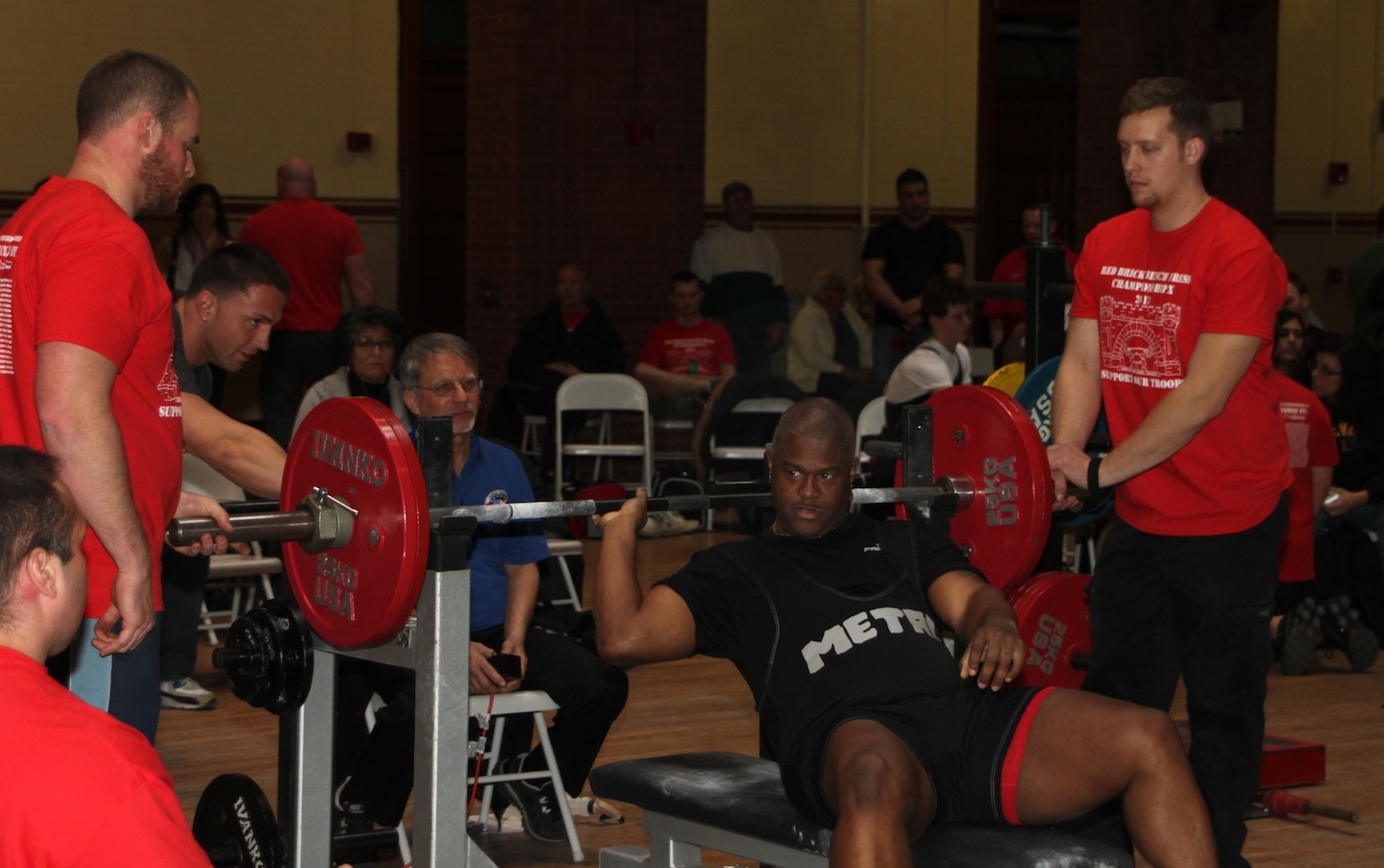 Anthony D. Gilmore was one of 135 weighlifters who competed last Saturday as part of the 10th annual USPA Red Brick Bench Press Championship in Buffalo. The event, a fundraiser for local military. (photo by Thomas Cannuli)

Weightlifters are champs for military families

The total amount raised at the largest one-day, bench-press-only meet in the U.S. is still being calculated, according to Dennis Brochey of Lewiston, meet director and New York state chairman of the U.S. Powerlifting Association. Brochey has raised more than $80,000 in the first nine years of the competition.

The meet featured 22 divisions for youths, men and women, based on age and weight.

Two Niagara-Wheatfield residents were among those to win in their groups.

Brochey will be taking one of the meet's Outstanding Lifter Awards to Primerano Fitness on Military Road in Town of Niagara today, Feb. 21, to present to Adam Ferchen. The award honors fallen troops, and Ferchen's award is in honor of Staff Sgt. Aram J. Bass of Niagara Falls.

Ferchen, 22, a 2008 graduate of Niagara-Wheatfield High School, was one of 23 people who broke state records and one of seven who broke American records at the bench press championship.

"He's been around the sport as far back as I can remember, setting records in his age group," Brochey said.

Another Niagara-Wheatfield resident, Anthony D. Gilmore, 49, competed for the first time at this event. He did a bench press of 259 pounds, taking first place in the 198-pound master division for ages 45 to 49, Brochey said.