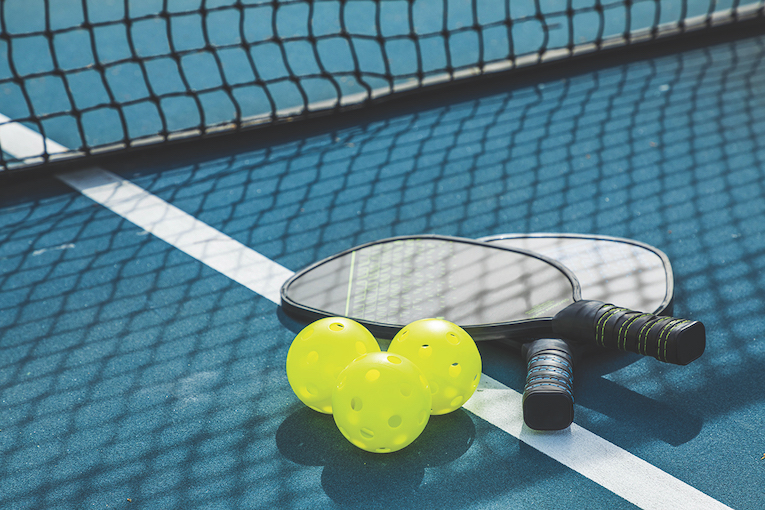 The basics of pickleball

A court sport is sweeping the nation, and it isn’t tennis or basketball. According to the Sports & Fitness Industry Association, 4.8 million people played pickleball in 2021, marking a nearly 15% growth in the total number of players from the year prior.

As the popularity of pickleball grows, now is a great time to explore the basics of this game that’s become a go-to pastime for so many people.

USA Pickleball notes that pickleball combines many elements of tennis, badminton and ping-pong. That game is played with a paddle and a plastic ball with holes and can be played both indoors and outdoors on a badminton-sized court with a slightly modified tennis net. Much like tennis, pickleball can be played in a singles (one-on-one) or doubles (two-on-two) format.

How Long Has Pickleball Been Played?

Despite a recent and meteoric spike in popularity, pickleball has been around since 1965. The brainchild of three fathers from Bainbridge Island (which is just a brief ferry ride away from Seattle), the game was invented as a means of entertaining bored children. It has since evolved from those roots and become a wildly popular game across both the United States and Canada, and the game has even begun to spread into Europe and Asia.

How is Pickleball Played?

Recreational games of pickleball can rely on the honor system much like pick-up games of other sports do. However, USA Pickleball notes that referees and line judges are important components of tournament play. More information about becoming a pickleball referee can be found at https://usapickleball.org/get-involved/pickleball-officiating/.

Why Should I Play Pickleball?

Players enjoy the game of pickleball for a multitude of reasons, including the thrill of competition, the chance to socialize and the opportunity to exercise outside of a gym or home fitness center. But many play the game because they find it fun.

Pickleball has experienced a notable spike in popularity in recent years. More information about the game and how to get involved is available at https://usapickleball.org.