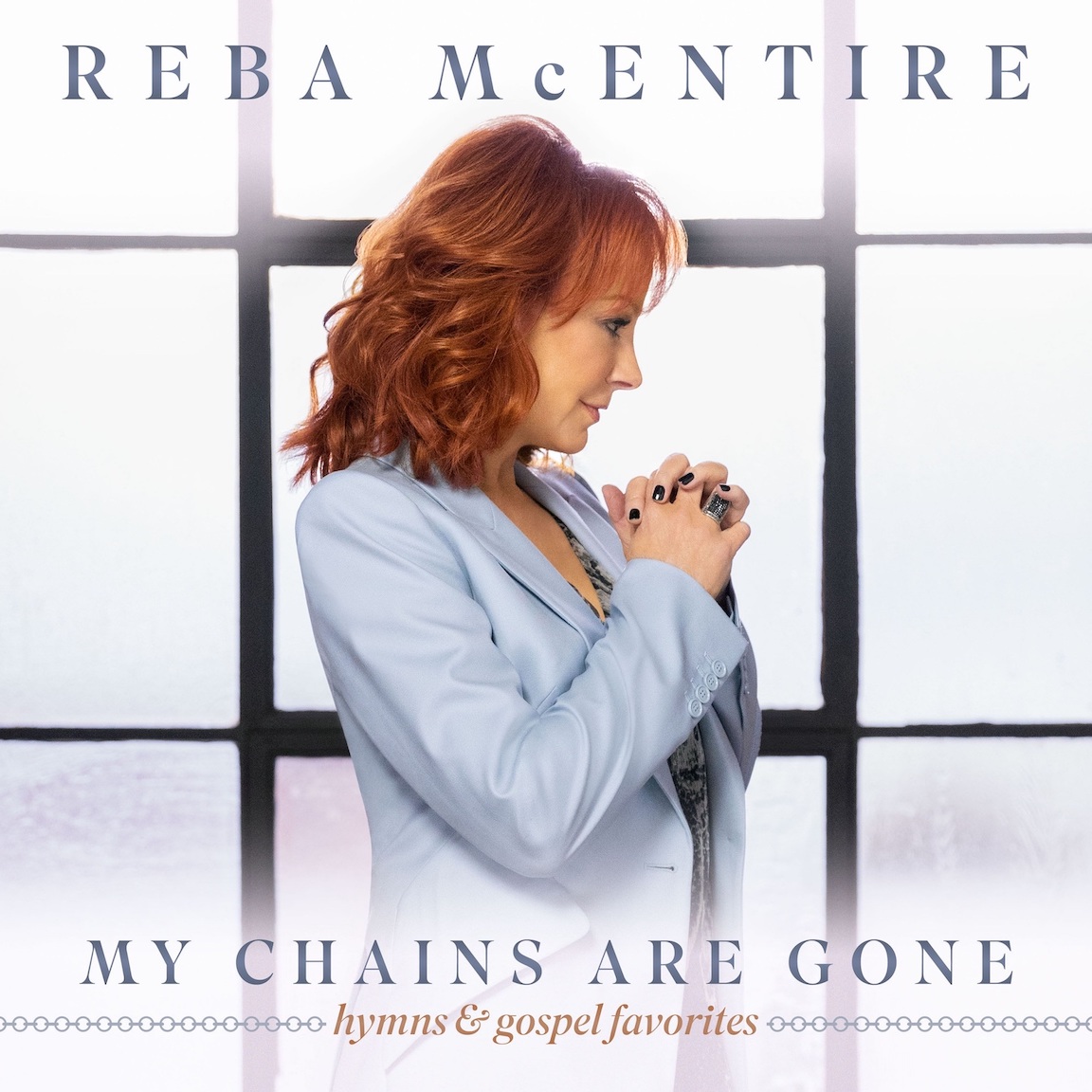 Reba prepping 'My Chains Are Gone'

Reba McEntire is announcing a special CD and DVD pairing, “My Chains Are Gone,” which will be available on March 25. The forthcoming releases feature Reba performing some of the most beloved hymns of all time.

In addition to the DVD, fans will be able to watch a special broadcast premiere of the performance on UPtv on March 25 (8 p.m. ET), with an encore on April 4 (2 a.m. ET).

On that same day, Reba will also be releasing a companion 12-track audio CD, which features some of her favorite hymns, as well as special guest feature performances by Lauren Daigle, Kelly Clarkson, Trisha Yearwood and The Isaacs.

“My Chains Are Gone” on CD is available to preorder now here: https://strm.to/MyChainsAreGonePR.

Fans can also tune in for a special “talkshoplive,” the groundbreaking livestream commerce platform, with Reba on March 1 (6 p.m. ET), where she will share stories behind this album as well as a special sneak peek at one of the performances from the DVD. Fans can RSVP for the event and order a limited number of autographed copies of the CD here: https://talkshop.live/watch/i67cbta0-yUb

Reba is currently out on the road as part of her anticipated “Reba: Live In Concert” Tour. Playing to packed houses across the country, Reba invited top newcomers across various dates, including Caylee Hammack, Brandy Clark, Hannah Dasher, Reyna Roberts, Caitlyn Smith, Brittney Spencer and Tenille Townes. Live Nation is the official tour promoter. Tickets for upcoming “Reba: Live In Concert” are on sale now at reba.com and livenation.com.

Reba just released her three-part box set “Revived Remixed Revisited” at the end of last year. “Revived” includes some of Reba’s biggest hits as they’ve evolved in her live show. “Remixed” puts a whole new spin on some of her most beloved tracks, while and on “Revisited,” Reba works with Grammy Award-winning producer Dave Cobb to strip things back.

Fans can purchase the new spin on some of Reba’s most beloved tracks here.