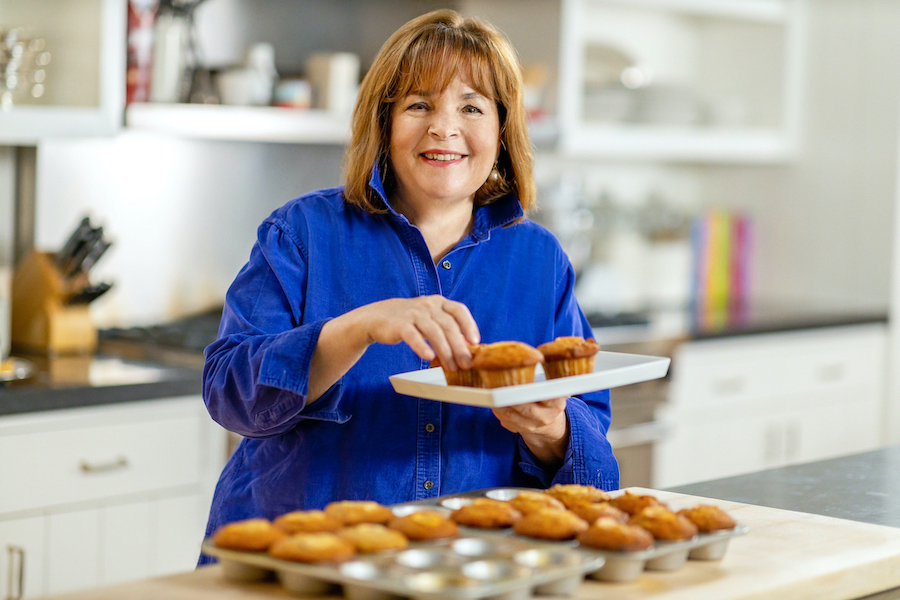 Ina Garten in "Be My Guest." (Food Network photo)

“In Be My Guest” with Ina Garten, a new multiplatform series for Discovery Inc., the “Barefoot Contessa” invites friends old and new to her East Hampton home for a day of conversation, connection, food and fun visits to some of her favorite local spots. The new series is structured with three distinct versions: an hour-long extended cut on discovery+; food-centric half-hour on Food Network at noon ET/PT; and a companion podcast, premiering across platforms on Saturday, March 26.

In advance of the premiere, “Be My Guest with Ina Garten” has been picked up for two more cycles scheduled to start production later this year.

“Without question, one of the most frequent inquiries I receive is, ‘Can you help me get an invitation to Ina’s for lunch?’ ” said Courtney White, president, Food Network and streaming food content, Discovery Inc. “ ‘Be My Guest’ is just that, an invitation from Ina to our audience to join her and some of her favorite people as they share personal stories over cocktails and cooking favorite recipes. The multiplatform format allows for extended content, because no one is ready to leave Ina’s garden after just a thirty-minute visit!”

Ina said, “This show is a dream come true for me. I’ve invited old friends and some new ones for great conversations, a little cooking, and a personal tour of East Hampton. This is going to be really fun!”

Upcoming this season, French from Lost Kitchen Restaurant and “The Lost Kitchen” on Magnolia Network has a dream come true when she meets her idol: Ina. After baking banana crunch muffins, Ina welcomes her guest, and they discuss Erin’s inspiring life and how she made her restaurant a dining destination against all odds.

Ina also invites Geist over in a role reversal – she has been interviewed by him many times, but this time she’s the one asking the questions! She greets him with salted chocolate chunk cookies, and they discuss everything from his childhood as the son of a journalist and early career to meeting his wife at age 11. The two then shake up Bourbon Sidecars with Dried Cherries to enjoy with their better halves – Ina’s husband, Jeffrey, and Willie’s wife, Christina.

Finally, Ina welcomes her dear friends, Hollywood director/producer duo Marshall and DeLuca, for watermelon cosmopolitans, behind-the-scenes stories about their blockbuster movies, nonstop laughs and even some dancing. DeLuca makes salmon burgers and “mom’s simplest cole slaw,” and the trio then head out to meet Jeffrey at 1770 House Inn for cheesecake.

Ina is a New York Times bestselling cookbook author of 12 cookbooks, and the host of Food Network’s Emmy Award-winning “Barefoot Contessa.” Her latest book, “Modern Comfort Food,” was released in October 2020. Her next cookbook will be published this fall.

Fans can follow #BeMyGuest for highlights and recipes from the show.