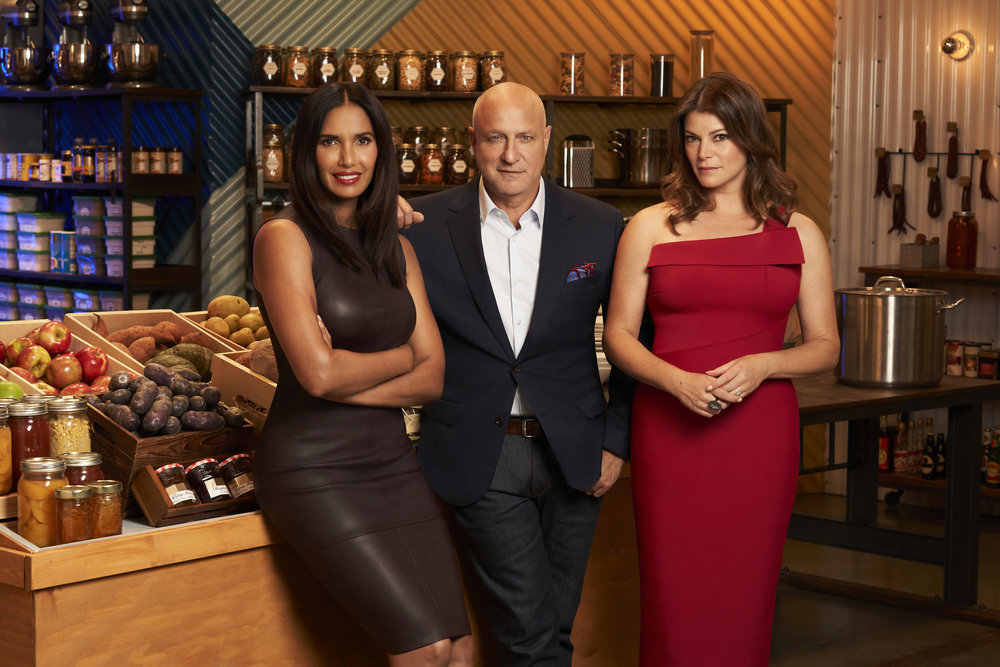 'Top Chef' rolls out the red carpet for 'All Stars LA'

Bravo's "Top Chef" jets to the City of Angels for season 17 with “All Stars LA,” premiering with a supersized episode on Thursday, March 19 (10-11:15 pm ET/PT). The Emmy and James Beard award-winning series returns with 10 finalists and five front-runners chasing the one thing that eluded them all: the coveted title of “Top Chef.”

It has been nine seasons since the first “All Stars” competition, and these chefs aren’t holding any punches as they battle it out for the largest cash prize in “Top Chef” history.

The chefs will compete across iconic locations in Los Angeles, including the Griffith Observatory, The Getty Center, The Walt Disney Concert Hall, the LA Coliseum, and, for the first time in show history, an epic finale in Italy.

The series returns with host Padma Lakshmi, head judge Tom Colicchio, and judge Gail Simmons, along with some of the biggest names in the culinary world, as well as some favorite celebrity foodies.

For a sneak peek, visit: https://www.bravotv.com/top-chef/season-17/videos/your-first-look-at-top-chef-season-17.

Beginning Thursday, March 26, Bravo Media’s Emmy-Winning digital companion series “Top Chef: Last Chance Kitchen,” hosted by Tom Colicchio, returns for season nine as the eliminated chefs go head-to-head to try to cook their way back into the competition. Each week’s episode will be available on Bravotv.com, on demand or wherever one streams Bravo’s “Top Chef” at the conclusion of each week’s episode.

In this season, the chefs will be challenged on the biggest trends hitting the food stage in Los Angeles, including mastering kaiseki for Michelin-winning chefs of N/Naka; creating a tribute for the Pulitzer Prize-winning and critically acclaimed food critic, the late Jonathan Gold; and honoring one of the most influential restaurants in the country, Michael’s in Santa Monica. Along with these celebrated names, the all-stars will get to cook for some of the biggest players in food, Olympic legends, as well as A-list celebs such as Ali Wong and Randall Park, Kelly Clarkson for a “Quickfire” challenge themed to her new DreamWorks Animation film “Trolls World Tour,” dynamic duo Jon Favreau and Roy Choi, music maestro Gustavo Dudamel, and L.A. legend and taco maven Danny Trejo. And with the help of OpenTable to run the restaurants, “Top Chef’s” signature elimination challenge, “Restaurant Wars,” is back with a two-part throwdown not to be missed.

The winning chef will earn the coveted title of “Top Chef,” the largest cash prize ever, $250,000 furnished by S.Pellegrino Sparkling Natural Mineral Water, a feature in FOOD & WINE magazine and an appearance at the annual FOOD & WINE Classic in Aspen.

This season, from the beach to the mountains, the competition heats up as the chefs go to sleepaway camp for the ultimate cookout-inspired challenge, sponsored by Bush’s Beans, and recreate a famous chef’s dish while being guided by their family members over the phone.

Meet the All Stars:

For more information on the cheftestants, visit Bravotv.com/top-chef.

Foodies craving more “Top Chef” can check-out Metro by T-Mobile's all new “What Would Tom Do” video series on Bravotv.com featuring Colicchio and Nilou Motamed as the tables are turned, and they replicate and reimagine the same dishes that the chefs cooked on the show.

Coinciding with the premiere, Bravo is teaming up with Universal Studios Hollywood for the inaugural Bravo’s Top Chef Food & Wine Festival on March 19-20, inviting guests on a culinary excursion. The festival will feature an all-inclusive eclectic menu inspired by the series, live cooking competitions, food and wine pairings and panels with “Top Chef” alums. To learn more or to purchase tickets, click here.