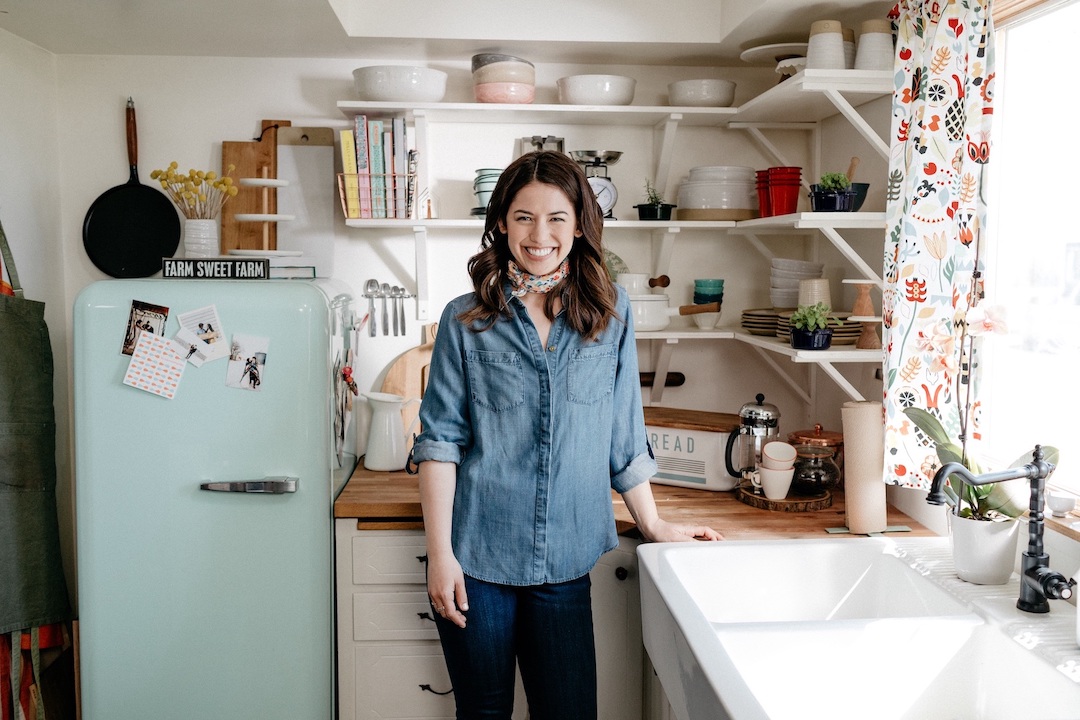 New mom returns with baby in tow in season premiere on Sunday, Sept. 8

Food Network has signed an exclusive deal with Molly Yeh for new episodes of daytime series “Girl Meets Farm” and multi-platform content across all digital platforms, it was announced by President Courtney White.

Yeh is a critically acclaimed food blogger, best-selling cookbook author and the Daytime Emmy and James Beard Award-nominated host of the series. She recently added another title to her impressive resume: mom to her baby daughter Bernie.

In the return of “Girl Meets Farm,” currently in production and scheduled to premiere Sunday, Sept. 8 (11 a.m. all times), Yeh welcomes viewers into her cozy Midwest farmhouse for a season filled with quick and easy recipes, irresistible treats and family favorites.

"Molly is truly a star on the rise – from this year's award nominations and her millions of digital views to her devoted social media following, she has quickly made her mark in the food entertainment world," White said. " ‘Girl Meets Farm’ has become Sunday's highest-rated daytime show, and there's a lot more Molly to come – we couldn't be happier to share her joyful personality and irresistible food with our audience across all platforms."

Yeh is the author of the International Association of Culinary Professionals award-winning cookbook "Molly on the Range." She is the creator of the critically acclaimed and popular food and lifestyle brand my name is yeh, which has been recognized by the likes of the New York Times, Food & Wine, New York Magazine, Saver ("Blog of the Year") and Yahoo ("Food Blog of the Year"). She was also on Forbes' "30 Under 30" list for 2017.

Yeh grew up in the Chicago suburbs with a Chinese father and Jewish mother, followed by a post-high school life in New York City studying percussion at Juilliard. She then got married and started her food blog, relocating with her husband to a sugar beet farm in the upper Midwest where she currently resides with their 4-month-old daughter. “Girl Meets Farm” premiered in 2018 and, just a year later, she received both a Daytime Emmy Award-nomination for Outstanding Culinary Host and a James Beard Award-nomination for Outstanding Personality/Host.