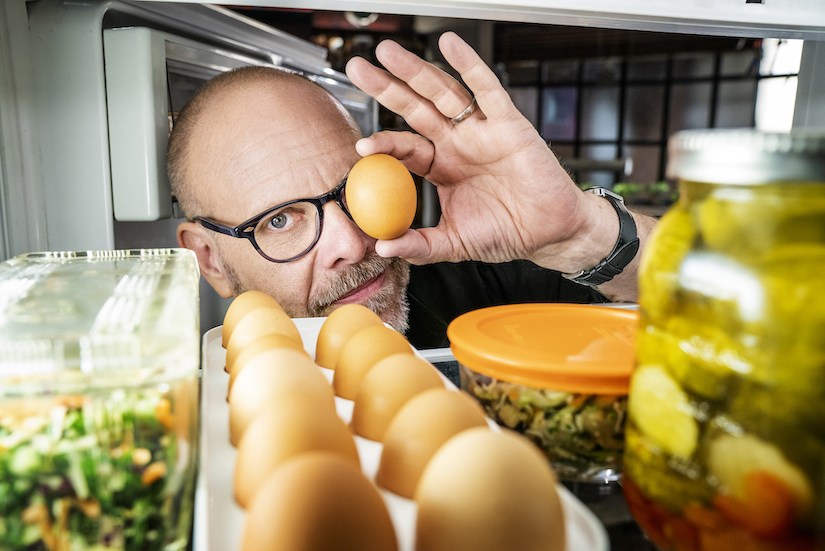 Alton Brown is back with 'Good Eats: The Return' on Food Network

Alton Brown is bringing back the groundbreaking series that inspired a generation of food fans with culinary science, history, comedy, puppets, cameras inside appliances and great recipes with “Good Eats: The Return,” premiering Sunday, Aug. 25, with double episodes at 10 and 10:30 p.m. (ET/PT) on Food Network. These airings mark the first new, original “Good Eats” episodes since 2012.

The season tackles a brand-new menu of food exploration as only Alton can, with episode titles including "American Classics X: Chicken Parm," "Every Grain Old is New Again" and "Rich Little Poor Boy."

"Many of our viewers fell in love with food by watching Alton on ‘Good Eats,’ and they are not shy in letting us know they are hungry for more," said Courtney White, Food Network president. "We also cannot wait to give the next generation of fans the opportunity to discover the show, which is chock-full of food facts, comedic skits and fantastic recipes, all in Alton's inimitable style."

"I took a break to work on live tour shows and a game show (‘Cutthroat Kitchen’) and a book that I needed to get out of my system. Now it's time to get back to work and that work is ‘Good Eats: The Return,’ " Alton said.

Each episode of “Good Eats” takes an informative and comedic deep dive into a specific ingredient or dish through Alton's eyes. Punctuated by pop culture, tried-and-true recipes, and the show's unique cast of characters, “Good Eats” is about food in its finest and funniest form.

In the season premiere, Alton makes the argument that Italian food as we know it was actually invented in America and that chicken parmesan is the dish where it all began – and yet, an Italian canned tomato makes it all possible. The episode immediately following explores ancient American grains amaranth, chia and quinoa. They are making a comeback due to their versatility and nutritional content, and Alton shows how to make the most of these very old kitchen newcomers.

Fans can check out Food Network's social pages all season long to get brand-new digital-exclusive recipes, tips and science experiments from Alton, and add their voice to the conversation during weekly Twitter parties using the hashtag #GoodEatsTheReturn. At FoodNetwork.com/GoodEatsTheReturn, viewers can find all of Alton's newest recipes and behind-the-scenes photos.