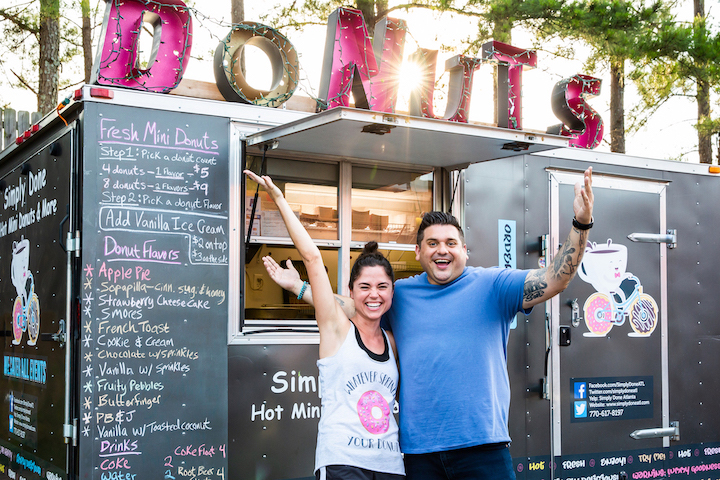 During the season's 13 episodes, Miller travels the country to introduce viewers to the latest and greatest bites on wheels and the innovative chefs who continue to push the boundaries with their food. Each episode features Miller visiting three trucks to taste and discuss their signature cuisine and the stories behind them. Whether it is a one-of-a-kind blueberry pie PB&J, filled with an actual blueberry pie, crust and all, or a loaded hot dog that boasts two all-beef franks with spiced shredded cabbage, chimichurri spread and a healthy portion of guacamole, Miller pays homage to these dishes with cultural influences from across the globe.

"Food trucks continue to be a showcase for up-and-coming chefs, while serving up audacious dishes that you wouldn't think possible from a mobile kitchen," said Courtney White, president, Food Network and Cooking Channel. "With summer approaching, Brad Miller is the perfect guide for viewers who may be hitting the open road to find some of the best food trucks around."

In the premiere, Miller visits the Mile High City of Denver, where family-run food truck Simply Pizza is cranking out crowd-pleasing Neapolitan-style pies, all thanks to its custom-designed monster food truck equipped with a massive wood-burning oven that has pizzas hot and fresh in 90 seconds flat. Miller then heads down to Atlanta, where the Happy Belly truck is cooking up mouth-watering, artisanal burgers that boast freshly smoked meats in its custom ceramic smoker. Finally, Miller travels to Las Vegas to find the Cookie Bar, where this food truck is putting an adult twist on a childhood favorite with specialty cookies infused with homemade spirits.

Throughout the season, Miller showcases the chefs behind these awe-inspiring food trucks, who are creating mouthwatering dishes that have customers continually coming back for more. Other stops during the season include St. Louis; Portland, Oregon; Nashville; and Seattle.

Miller grew up in a suburb of Chicago, where he spent much of his childhood cooking alongside his grandmother and lending a hand in his father's butcher shop. Deciding to transform this passion into a career, Miller enrolled in Scottsdale Culinary Institute's Cordon Bleu program. Upon graduating, he worked for Arizona's Latilla Restaurant and Wright's at the Biltmore, before heading to Los Angeles' Michelin-starred Patina. Miller is currently chef and partner at Inn of the Seventh Ray restaurant in California.

Fans can visit cookingchanneltv.com/foodtrucknation for recipes of some of the country's best food truck bites, and join in on the conversation with hashtag #FoodTruckNation.