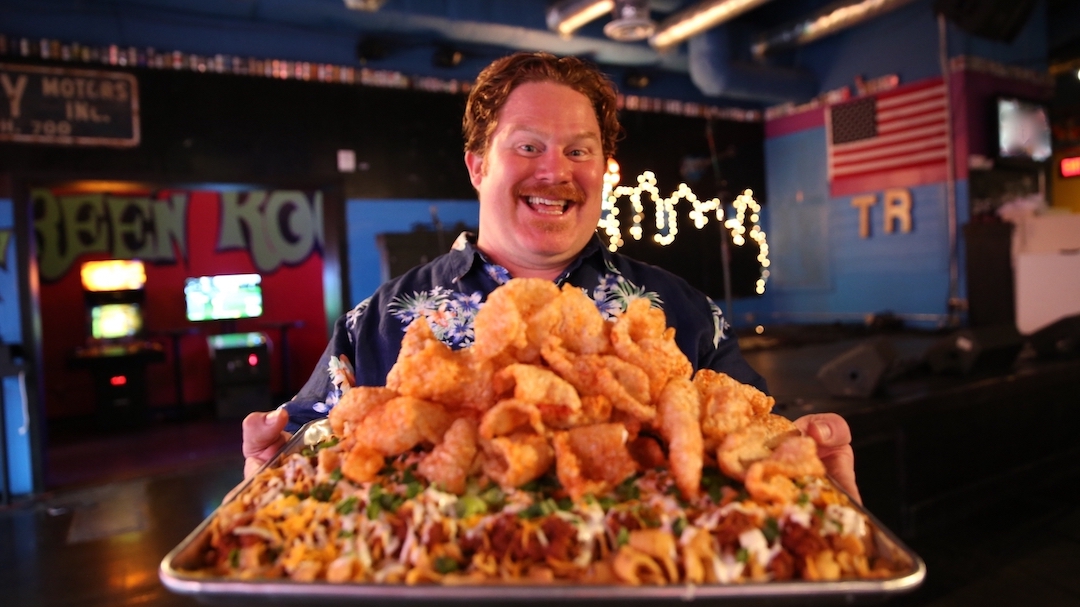 Armed with a serious love of food and years of experience in the restaurant business, Casey Webb travels the country in search of the most delicious dishes and epic eating challenges. On the new season of “Man v. Food,” beginning Tuesday, July 2 (10 p.m. ET), Casey is ready to battle more of the biggest, spiciest and boldest foods around. From monstrous 30-pound bagel sandwiches, to a plate of six ghost pepper tacos, and massive, shovel-sized portions of barbecue, nothing is too extreme for him to conquer.

Throughout the season, Casey is on a heroic journey as he goes head-to-head against the most outrageous foods served at hometown hotspots in cities such as Alaska, Ohio, Texas and Wisconsin. In each of the half-hour episodes, he meets the restaurant owners and chefs making these extraordinary and mouthwatering menu items, getting an inside look at each indulgent dish. Before tackling the over-the-top meals and timed food challenges, he receives sage advice from the local diners on how to emerge victorious. Casey is a man with a love for food up against epic eats in the ultimate battle of “Man v. Food.”

Fans can find the most-over-the-top recipes to satisfy any craving at CookingChannelTV.com/ManVFood, and can share their own epic eats using #ManVFood.