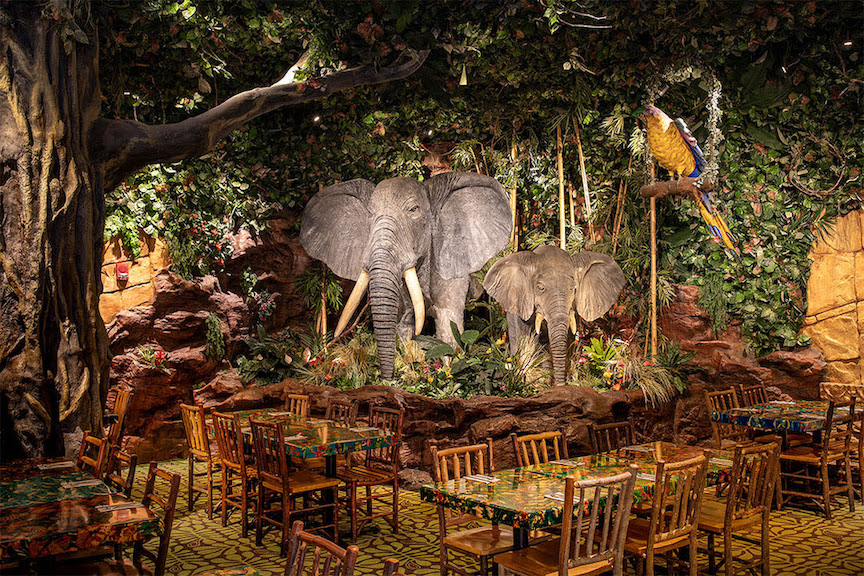 Rainforest Café was selected as the “International Franchise Partner of the Year” from all of Landry’s 600-plus restaurants around the world, representing over 47 brands. Among these are numerous unique, high-volume operations in iconic locations such as Paris, London, Dubai and Hong Kong, totaling more than $4.5 billion in revenue annually. In addition to this feat, General Manager Clayton Cobb and his team members also won several individual awards that distinguish consistency and operational excellence. These include: Leadership Excellence Award, Overall Brand Excellence, Front of the House Service Award and Highest Overall Audit Score.

Doug Nickerson, vice president of operations for American Niagara Hospitality, said, "Winning these awards from Landry's Inc. is a true source of pride for the entire team at Rainforest Cafe and American Niagara Hospitality. Our associates work hard every day, and there is no greater seal of approval than being recognized by a company like Landry's. It is a remarkable vote of confidence to our business and our continued commitment to excellence.”

Rainforest Cafe, located inside Sheraton Niagara Falls, has served nearly 1 million patrons since opening in June 2015. The restaurant seats 238 guests inside, with additional seating for guests on the outdoor patio. Patrons choose from an assortment of tropical dishes created in its scratch kitchen, while enjoying the excitement and fun of the recreated jungle setting. Guests can also purchase a variety of great Rainforest Cafe merchandise and souvenirs at Retail Village. located within the restaurant.