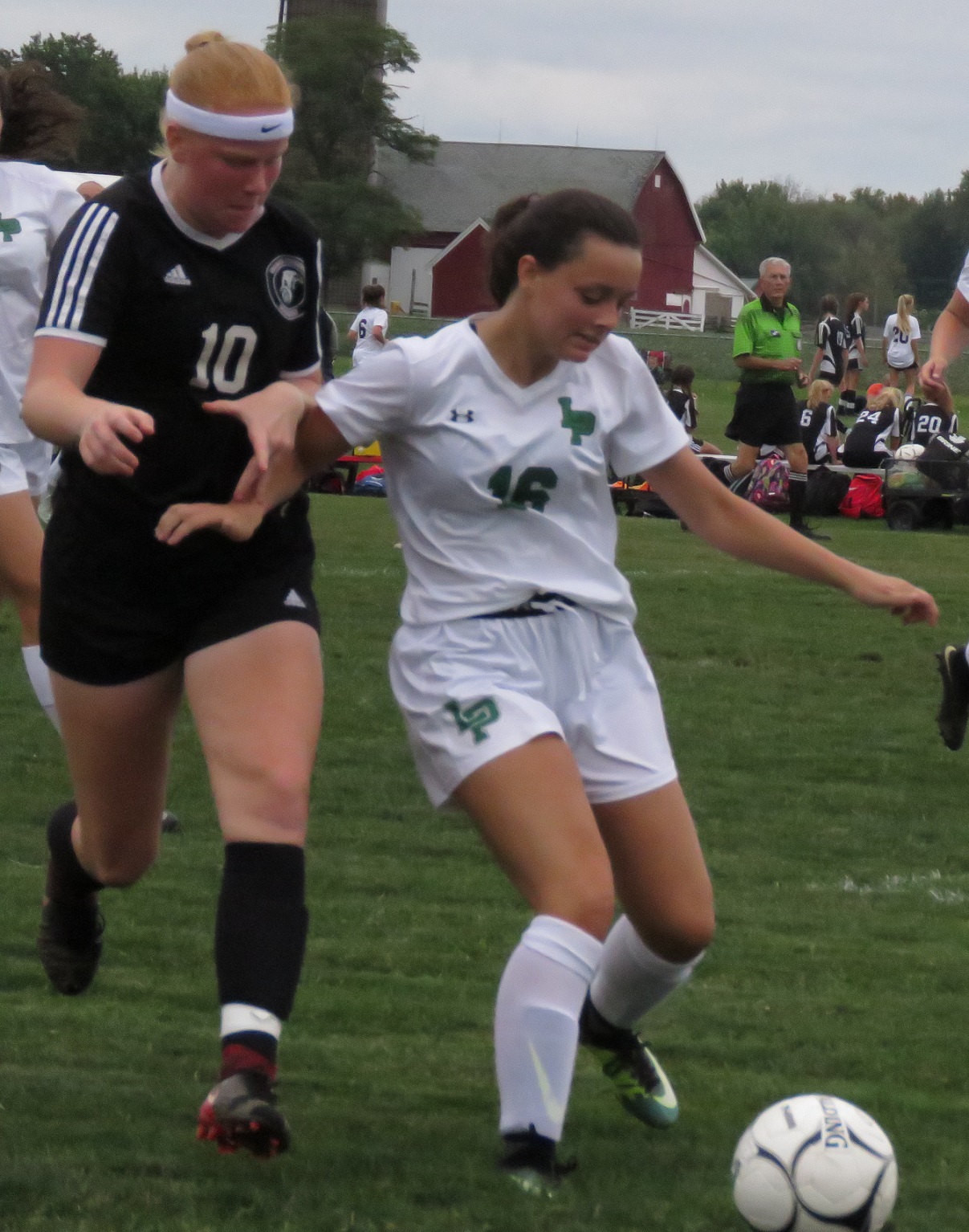 by yarger
Thu, Sep 13th 2018 12:20 pm
Steady dose of offense, defense playing key for Niagara-Wheatfield
By David Yarger
Tribune Editor
The Niagara-Wheatfield Falcons girls soccer team is special, with the ability to score at a steady pace, but keep opposing teams off the board as well.
The team is coming off a stellar 14-2 regular season last year, but they were ousted in the semifinals of the Section VI Class AA tournament.
In 2018, the girls have started off on the right track with a 6-0-1 overall record. In that span, the Falcons have scored 26 goals and given up two. Only giving up two goals stood out to Falcons coach Pete Cerny.
"I think it starts with our defense and the balance we have," Cerny said. "We have four solid defensemen with a lot of people that can fill in. Then, as we move up the field, midfield and forwards we're very well balanced. And our goalie, of course, helps us to be very well balanced."
Cerny had a young roster last year, but he still faced a tough feat of replacing five seniors, including captains Erin Wegrzyn and Michelle Terbot, as well as Jordan Johnson, who scored seven goals and contributed eight assists. Cerny agreed he had a good group of seniors, but he knew the talent coming up the ladder would be capable of the transition.
"Losing any seniors every year is difficult," he said. "With what we have from the modified and JV program, and the cohesiveness that we have, I think we're slowly able to fill those positions every year. I miss the seniors, but I also know we have very, very capable people of filling those roles."
A big name returning to the Falcons is sophomore Erin Weir. As a freshman, Weir was the Niagara Frontier League Player of the Year, as well as a First Team All-NFL honoree. She scored 18 goals and had 10 assists - good for 46 points. In 2018, Weir is already up to 11 goals and seven assists in seven games. One would think expectations are extremely high, but Cerny said he just wants Weir to focus on her craft and continue to succeed.
"Just to continue to grow as a teammate. I don't have a number of goals or number of assists in mind for her. I just want her to continue to grow with this team and become the best player that she can become every single year," Cerny said.
Also returning for the Falcons are seniors Tara Perrault and Samantha Maghrak, goalkeeper Hannah Wilson, junior Briana Zayatz, Abby Mason and Madison Evarts. Zayatz, who had seven goals last season, is already up to six goals through seven games. Cerny also praised Perrault as his top defenseman, calling her a "controlling force."
With five seniors this year, Cerny said he's loved watching them grow over the years.
"I enjoy coaching youth, because I've been able to see them grow into young adults, and these seniors are no different from that," he said.
So far, when teams have stepped on the pitch versus the Falcons, they know they will get a steady dose of defense, along with a consistent offensive attack. Cerny's goal was to keep that rolling through each game.
"I hope that we're just known for being balanced," he said. "A lot of people look at Erin as being a superstar - and she is a fantastic player - but we are balanced throughout the entire team, and I hope people can see that."
That balance is something Cerny found unique about this year's team, and that depth is a huge key in the team's success this season.
"I think every position, even coming off the bench, is strong. I don't think we have any weaknesses in the positioning. So, I think that is different. Usually, you have something on the field that's a little weaker and this year I don't think it is," he said.
With a talented roster, Cerny could say he wants to win the NFL title, or make a big run in the Section VI playoffs, but his main goal was simply progress.
"Just to continue to grow," Cerny said. "I tell them before every game, 'Just play your best,' and I've never told them to try and win it, I've just told them to play their best individually. And individual play is going to equate to team play, so I truly just want them to try to be their best every day."
The girls next match is versus league rival Grand Island. The Vikings gave the Falcons their only two regular season losses last season, including one in the NFL title game. Kickoff is at 6:45 p.m. today at Grand Island High School.
Categories
NFP School feature Sports feature Tribune feature