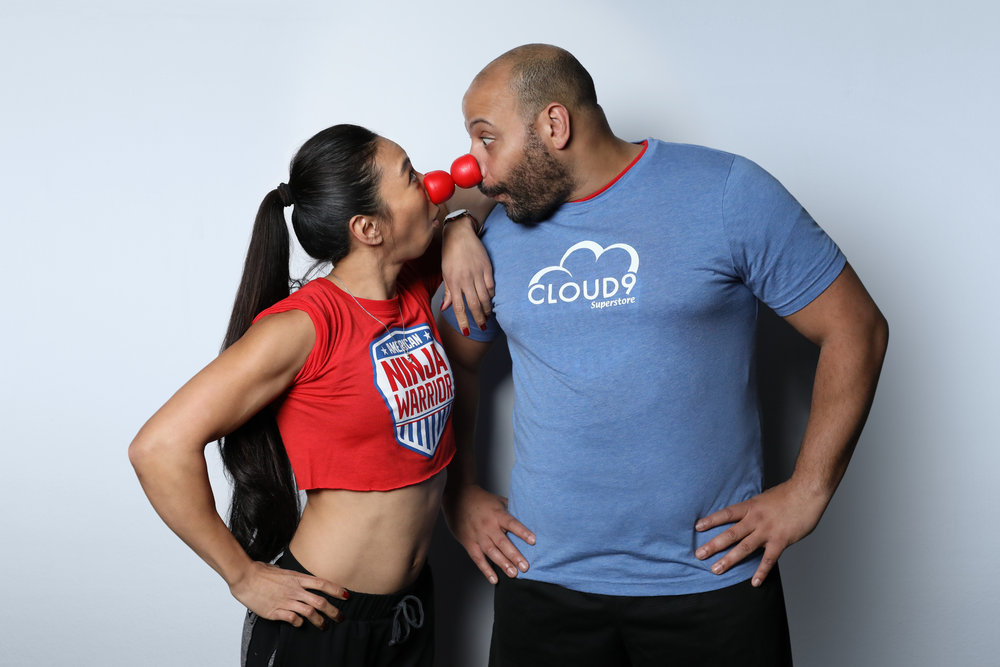 Tue, May 15th 2018 06:15 pm
May 24; Jack Black, Jennifer Garner, Kristen Bell, Kelly Clarkson, Julia Roberts, Ed Sheeran, Marlon Wayans, Sean Hayes, Ellie Kemper, Zooey Deschanel, Tony Hale, Sasheer Zamata, Jane Lynch, Akbar Gbajabiamila, Matt Iseman & Jack McBrayer join telecast to raise money and awareness to help end child poverty
The biggest names in television, film and music will come together to have fun and raise money for children in need during NBC's fourth annual "The Red Nose Day Special," airing Thursday, May 24 (10 p.m. ET/PT), on NBC. Hosted by comedian Chris Hardwick, the telecast will be broadcast live from Rockefeller Plaza in New York City.
NBC's three-hour star-studded night of Red Nose Day programming will also include the second annual edition of "Celebrity Ninja Warrior for Red Nose Day" at 8 p.m. and a special episode of "Hollywood Game Night" airing at 9 p.m.
Stars joining the special in support of the annual Red Nose Day charity campaign include Jack Black, Jennifer Garner, Kristen Bell, Kelly Clarkson, Julia Roberts, Ed Sheeran, Marlon Wayans, Sean Hayes, Ellie Kemper, Zooey Deschanel, Tony Hale, Sasheer Zamata, Jane Lynch, Akbar Gbajabiamila, Matt Iseman and Jack McBrayer.
Funds raised support programs in all 50 states, Puerto Rico and some of the poorest communities internationally to ensure children who are living in poverty are safe, healthy and educated.
The one-hour special will include Kelly Clarkson visiting a local elementary school to celebrate students who are raising money for Red Nose Day, while helping them realize their power to make a difference and inspire positive change for children who are in need. Clarkson will visit a third-grade classroom, attend a Red Nose Day rally and participate in a student-run fair featuring fun and creative activities to raise funds for Red Nose Day. Clarkson and the kids will team up to shine a light on all of the amazing students who make a difference.
Roberts shares the story of Devine, a little boy who lives in Liberia who suffered from severe malnutrition. Thanks to donations to Red Nose Day, he has the chance at a healthy childhood.
Sheeran, a long-time supporter of Red Nose Day in both the U.K. and U.S., will help to highlight the issues facing so many homeless children around the world who are living without access to education or safe shelter — and how Red Nose Day funds can help.
In addition, Bell, Black, Clarkson, Garner, Deschanel, Hale, Hayes, Wayans, Zamata and McBrayer will make special appearances in comedy sketches during the telecast. Talent will entertain and educate viewers, while encouraging them to get involved and support the cause.
"The Red Nose Day Special" host Hardwick, "American Ninja Warrior" hosts Iseman and Gbajabiamila and "Hollywood Game Night" host Lynch will participate in live check-ins with audiences throughout the night, seamlessly tying together all three hours of primetime programming while encouraging viewers to donate to the cause. The three hosts will also appear together for a live comedy moment during the telecast with "Unbreakable Kimmy Schmidt" star Kemper joining in.
Red Nose Day is an annual event that harnesses the power of entertainment to raise money and awareness for children living in poverty in America and around the world. Since launching 2015, the campaign has raised over $100 million, positively impacting over 8.3 million children. NBC's Red Nose Day programming is a culmination of a seven-week fundraising campaign that brings together millions of Americans around the country to have fun and make a difference. The campaign's iconic red noses are on sale exclusively at Walgreens and Duane Reade locations nationwide. Over 8 million of the red noses have already been sold, with all profits from all sales benefitting Red Nose Day
Red Nose Day was created by Oscar-nominated and Emmy Award-winning writer-director Richard Curtis, ("Love Actually," "Four Weddings and a Funeral," "Notting Hill"). It has raised more than $1 billion globally since its launch 30 years ago in the U.K. in 1988.
Red Nose Day USA has received support from millions of Americans, hundreds of celebrities and many partners, including Walgreens, NBC, Mars, and the Bill & Melinda Gates Foundation. For more information about Red Nose Day and its impact, visit www.rednoseday.org. Follow @RedNoseDayUSA on Twitter, Instagram and Facebook.
This year, Red Nose Day is inviting everyone to go "nose to nose." It is the simple act of two people touching red noses in a fun, light way, to create shareable social content while encouraging donations for the cause. Buy two noses at Walgreens, go "nose to nose," and snap a selfie or video. Share it with the hashtag #GoNoseToNose then make a donation at rednoseday.org
Comic Relief USA, also known as Comic Relief Inc., is a registered U.S. 501(c)(3) public charity. It harnesses the power of entertainment to drive positive change to help those who need it most in America and around the world. Campaigns include "Red Nose Day," "Idol Gives Back" and "Hand in Hand: A Benefit for Hurricane Relief."
For more information on "The Red Nose Day Special," visit www.nbcumv.com/red-nose-day-special.
Categories
Entertainment Entertainment Top Story