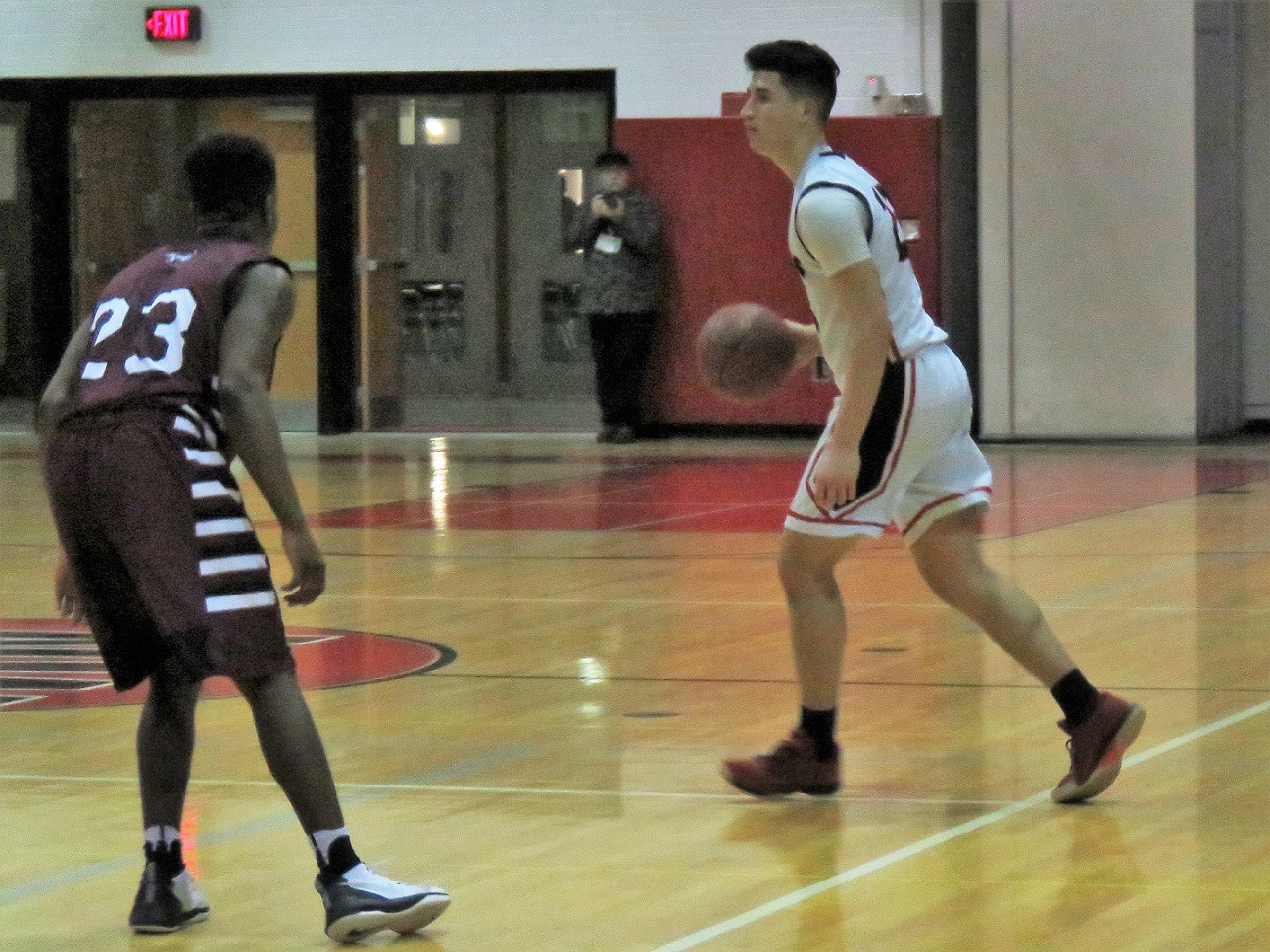 Tue, Feb 13th 2018 12:55 am
Big runs come back to bite Falcons once again
By David Yarger
Tribune Editor
Niagara-Wheatfield coach Erik O'Bryan will admit, his team has been close in almost every game, but a big run by the opposing team seems to always haunt the Falcons at the end.
That's exactly what happened Monday night, as the Falcons dropped a non-league contest versus Maryvale, 65-49.
Niagara-Wheatfield and O'Bryan showed some class at the beginning of the game, as O'Bryan presented Maryvale coach Mark Kensy with a commemorative ball for accomplishing his 400th win on Feb. 2.
O'Bryan said him and Kensy go way back and he is very close with the Flyer head coach.
"I've known him since I was 4 years old," O'Bryan said. "Growing up in the gym, going to his camps. My dad and him battled it out like crazy for years at Maryvale and Iroquois. I remember him giving my dad and having the cheerleaders present flowers to him one game when he got out of the hospital. ... They gave him a nice ovation for being there.
"So, I remember those things and he was there for me when my father passed away; last one to leave the reception after the wake. He's always been there for me if I wanted to call and consult and confine with him. So, I thought this would be a really nice gesture. My father always told me to 'take care of your elders.'"
Kensy, in his 33rd year of coaching, reached 400 wins after a win versus Iroquois recently. Kensy was also close friends with O'Bryan's father Archie, who was a legendary coach in Western New York with Iroquois. Archie passed away at age 64 in October of 2016.
As far as the game goes, it was another Kensy versus O'Bryan duel, as the teams came out firing in the first quarter. The Flyers got up 15-9 behind 8 Dylan Casey points, but the Falcons ended the quarter with a 6-0 run to tie it up, highlighted by a Zack Stanley layup off a smooth pass from Davon Ware.
The Falcons took a 19-18 lead in the second quarter, but the Achilles heel for the Falcons came back to bite, as the Flyers embarked on a 10-0 run. During that stretch, the Falcons turned the ball over several times, which led to easy scores for the Flyers. At halftime, Maryvale led, 28-24.
In the third quarter, the Flyers began to extend the lead a little, leading after three, 45-34. Rashad Law scored 6 of his 8 points in the quarter.
In the fourth quarter, O'Bryan called a timeout early and wrote a clear message to his team on the white board: "We are quitting." The team seemed to get the message, but the Falcons couldn't get closer than 7 points.
As the Falcons were down by 7, momentum was slowly shifting their way, but Casey put a damper on any comeback hopes. The senior captain drilled a long range 3-pointer off the backboard to extend the lead back to 10.
The game got physical in the end and there were several questionable no calls, one which O'Bryan ended up getting a technical foul debating, but it didn't matter, as the Flyer put the game on ice and won, 65-49.
For Maryvale, Casey did it all, as he led the Flyers with a game-high 32 points.
For the Falcons, the team didn't shoot a free throw the entire game, but O'Bryan said second chances for the Flyers were a huge key.
"They were more physical," O'Bryan said. "The refs didn't call it and they ended up being the aggressor and they got rebounds at crucial times. At the end of the day it is what it is."
O'Bryan said the run in the second quarter didn't help the Falcons chances either.
"We just had these stretches; two different stretches. It's kind of been the M.O. of the season. We went two minutes there where we tossed the ball all over the place for no rhyme or reason. ... It wasn't like they reinvented the wheel on us tonight. It's the same thing they ran, and we broke it in the second half. We just got too fast and sometimes that happens," O'Bryan said.
The Falcons have one more regular season game before sectional playoffs start. The team will play at West Seneca East Wednesday and O'Bryan said the team must go into the postseason with some confidence.
"No if's, and's or but's about it. We gotta win. We talked about the other day, we put ourselves in this position with a tough middle of the season and we want to win as many games as we can and wherever we finish, we'll finish. Wednesday night is a game we gotta have," O'Bryan said.
The Falcons were led by Anthony Ruffino who pitched in a team high 20 points. Ware also chipped in 9 points.
The Falcons' contest at West Seneca East is slated to start at 6:30 p.m. 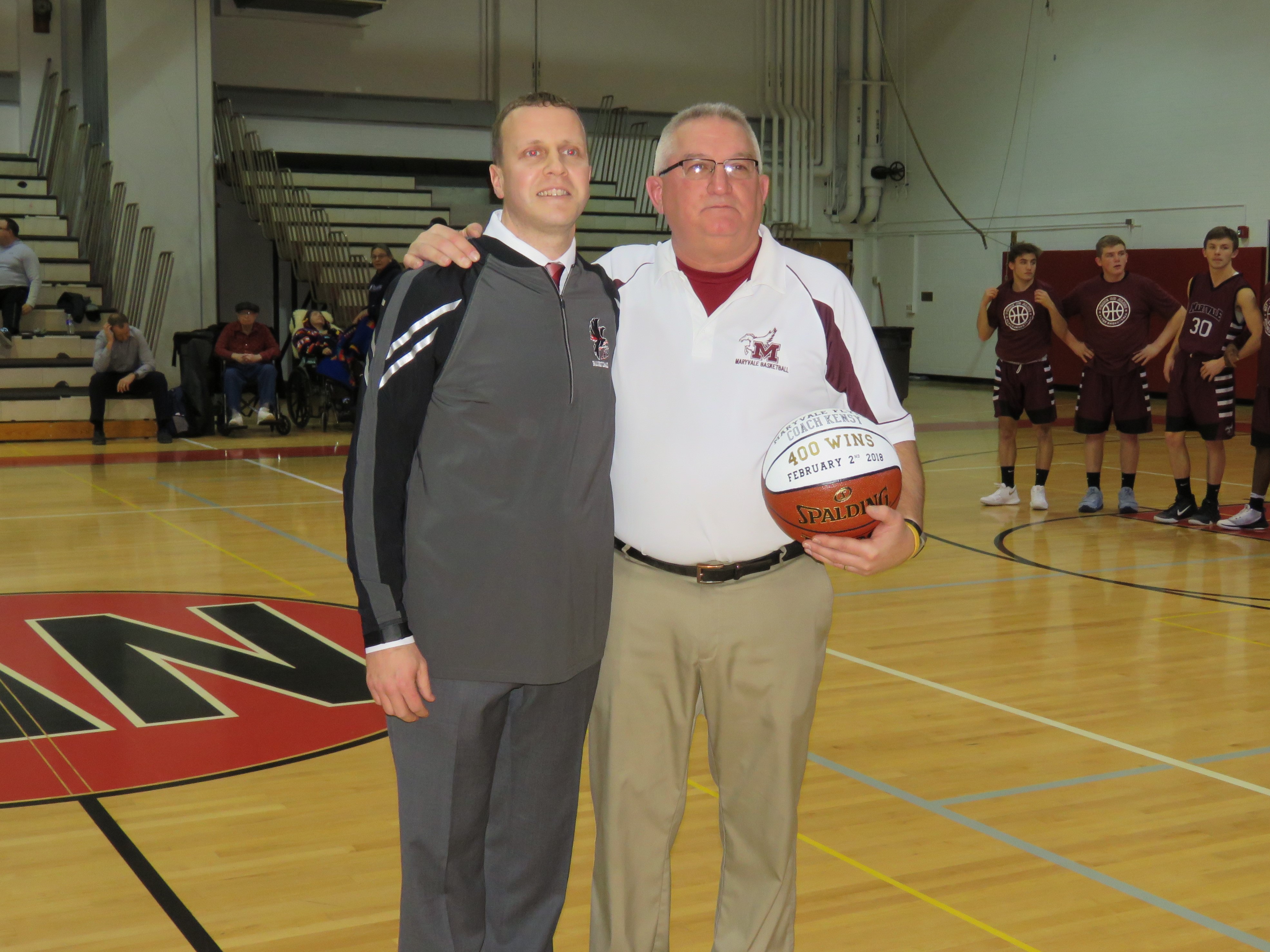