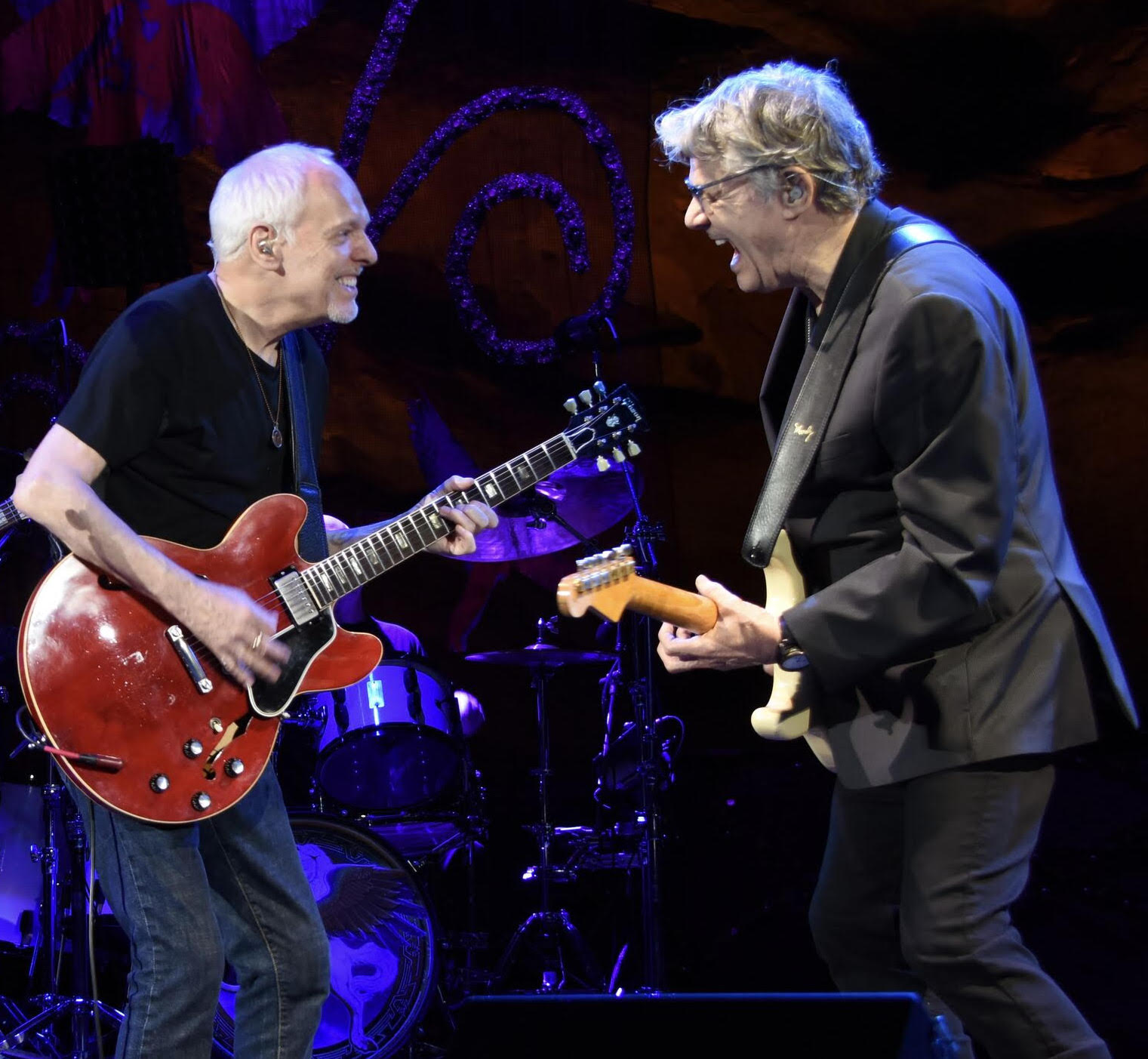 Mon, Feb 12th 2018 10:05 am
Tickets on sale Feb. 16; season packages available now
Artpark & Company on Monday announced classic rockers Steve Miller Band and Peter Frampton will team up for a special double-bill on July 3 as part of the M&T Bank presents "Tuesdays in the Park" summer concert series.
Both acts are perennial favorites at Artpark. Each appeared during the 2015 summer season. Click HERE to see Frampton in action, and HERE for Miller highlights.
Frampton's biggest hits include "Baby, I Love Your Way," "Show Me the Way," "Lines On My Face" and "Do You Feel Like We Do." The Steve Miller Band is well-known for hits "Fly Like an Eagle," "The Joker," "Jet Airliner," "Abracadabra" and "Take the Money and Run."
Tickets for the 7 p.m. show will go on sale at 10 a.m. Friday, Feb. 16. Pricing for the Outdoor Amphitheater is as follows: advance general admission lawn (carry-in chairs permitted), $17; general admission bowl (carry-in chairs permitted), $37; front-of-stage (standing-room-only), $77; and reserved seating (numbered chairs provided), $77.
Click HERE FOR MAP
General admission "Tuesdays in the Park" season packages (12 concerts in the series) are on sale now for $156. General admission season package holders who wish to upgrade their ticket for this show to a general admission bowl ticket may do so for $10. To upgrade, call 716-754-4375 or visit the box office (450 S. Fourth St., Lewiston) during operating hours.
Ticket prices include facility fee; additional fees apply for online and phone orders. General admission lawn tickets increase by $5 when purchased the week of the concert.
Purchase tickets online at www.artpark.net or www.tickets.com, by phone at 1-888-223-6000, or in person at the Artpark box office (10 a.m. to 4 p.m. weekdays; closed Monday, Feb. 19).
In a press release, Miller said, "Music is ethereal it moves back and forth between the past and the future. I'm very excited to announce that 2018 is our 50th anniversary of recording and touring together as the Steve Miller Band and we plan to travel between the psychedelic '60s through the future with a vengeance!"
Miller and Frampton toured together last summer. This year, the press release continued, "Miller aficionados will be regaled not only with powerful sets from both the SMB and Frampton's band, but also by the highlight of Miller bringing Frampton onstage midset to create some of the most compelling jamming of the season."
This double-bill concert joins the previously announced Barenaked Ladies with Better Than Ezra and KT Tunstall show on July 10 ($12 advance), and Tedeschi Trucks Band "Wheels of Soul 2018" featuring Drive-By Truckers and The Marcus King Band on July 17 ($14 advance). Visit www.artpark.net for more information.