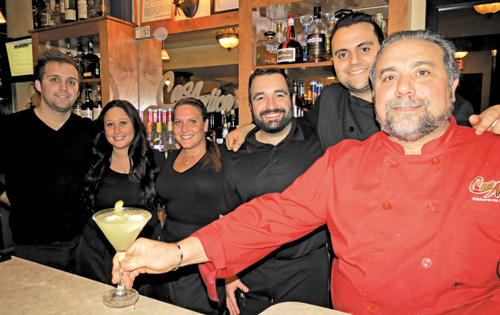 It was a feast fit for a king at Casa Antica Wednesday, as the Village of Lewiston restaurant presented its annual St. Joseph's Day table. As shown, a large assortment of Italian dishes and desserts greeted patrons, who filled each table in the Center Street eatery.