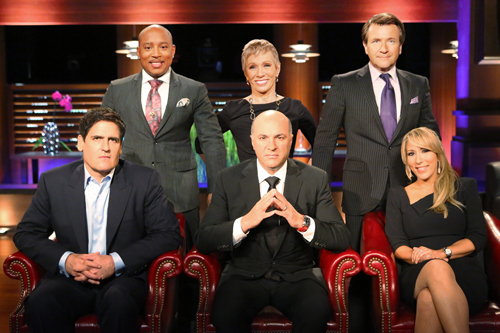 Entrepreneurs will get another opportunity to make their business dreams come true in the upcoming fifth season of the Emmy-nominated series, "Shark Tank," the show where self-made business tycoons invest in the best businesses and products that America has to offer.

Nationwide auditions to appear on the ABC hit reality series will take place in five major cities beginning on Sunday, April 14. The first 500 entrepreneurs who show up in Los Angeles, Chicago, Atlanta, Dallas and Philadelphia are guaranteed to be seen and will pitch the "Shark Tank" casting team with their products, services or ideas.

The entrepreneurs who dare to enter "The Tank" must try to convince "The Sharks" to part with their own hard-earned cash and give them the funding they desperately need to turn their dreams into million dollar realities. But "The Sharks" have a goal, too - to get a return on their investment and own a piece of the next big business idea. When "The Sharks" hear an idea worth sinking their teeth into, they're more than ready to declare war and fight each other for a piece of it.

"Shark Tank" received a 2012 Emmy nomination for Outstanding Reality Program and was nominated for a Critics' Choice Television Award for Best Reality Series.