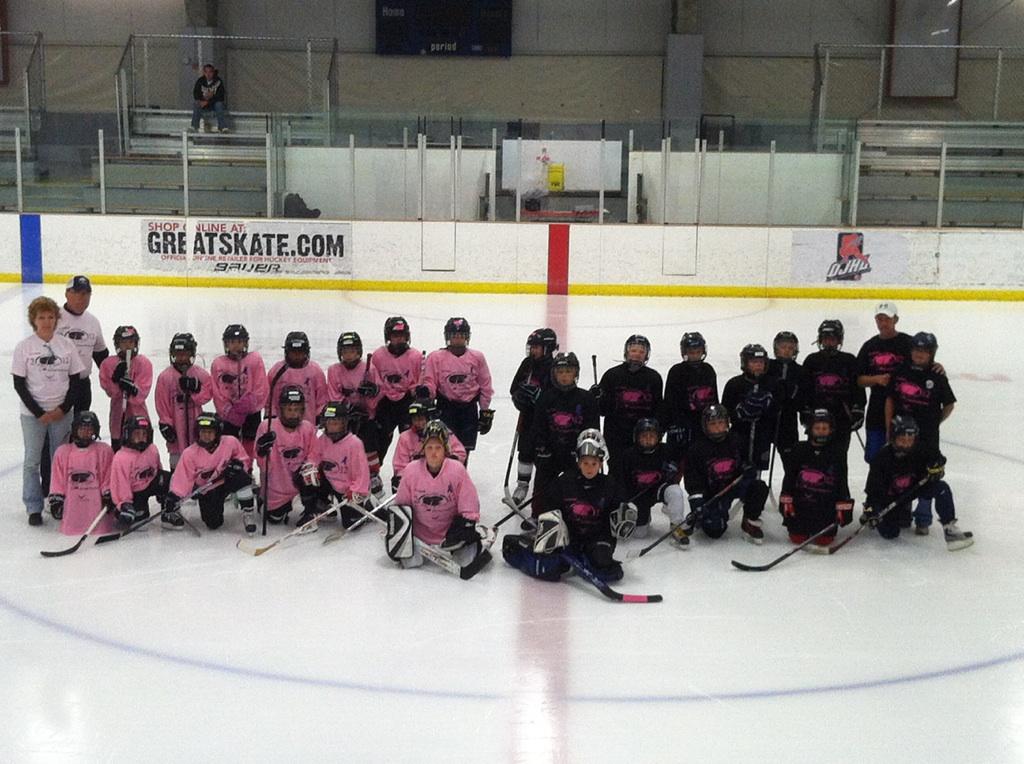 Local team skates for a cure

On Father's Day morning, June 17, Brenden Dewey led Team Sharks with four goals to beat Team USA 5-4 in one of many games that were held in the 24 Hours of Hockey at the Northtown Center in Amherst that weekend.

The Skating for a Cure event benefitted the Juvenile Diabetes Research Foundation and the Breast Cancer Network of Western New York.

Conner Heer had the other goal for the Sharks. Chuckie Schmidl, the winning goalie stopped numerous breakaways, and was the difference in winning the game, said Coach Donald Lauer of Wheatfield.

"Even though we had to get up early on Father's Day, we had a great time coaching these young people, and the event was a huge success," Lauer said. "Tyler Sparks, a 10-year-old with type 1 diabetes, and an honorary coach for Team USA, came in to both locker rooms before the game, and explained what type 1 diabetes is, and how life is, having this disease. I thought it was important to have Tyler explain it to both teams, and know why we were raising money playing this game we love so much."

"We take our health for granted," said Lauer to his team after Tyler finished, "but there are millions of children that live with this disease every day, for the rest of their lives. We want to change that by raising money to try and cure this disease."

Roberta Sherwood, a breast cancer survivor, and honorary coach for Team Sharks was also in the locker room, and was on hand to answer questions from parents about breast cancer.

Both Sherwood and Sparks are Wheatfield residents.

Charlie Gerken had two goals, Joe Stumpo, and Blake Dewey had one goal for Team USA in the loss.