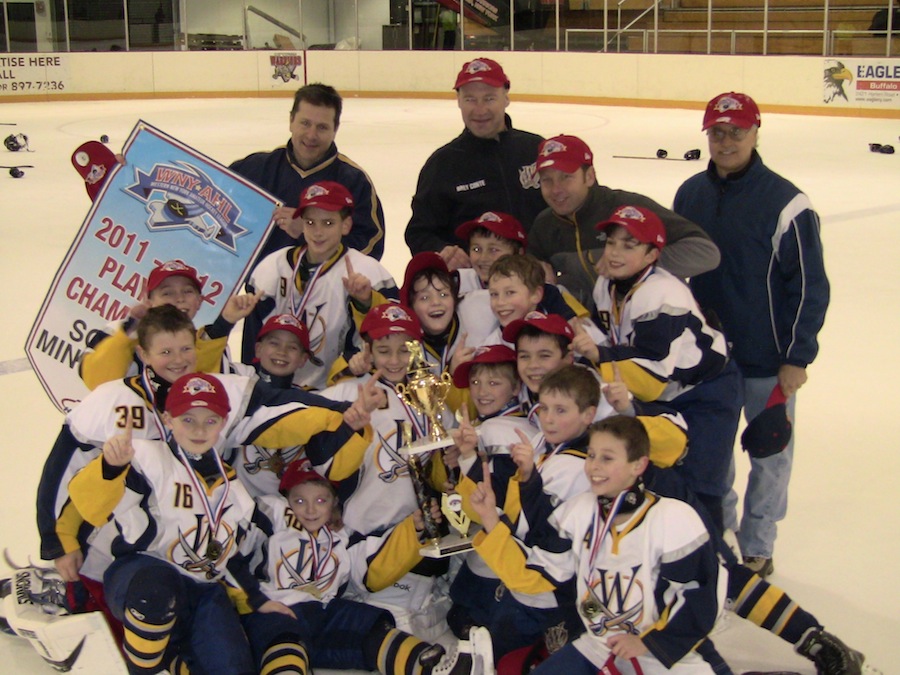 The Blades earned their way into the championship by beating the Hamburg Hawks, 5-1, in the playoffs the week before.

Jaden Riley started the scoring off midway through the first period with an assist by David Bunn. Nolan Massaro then added a goal in the second period when he put one past the Depew goalie with help from defenseman Dylan Bennett. Joe Blackley added the Blades' third goal, unassisted, two minutes later. The Blades finished up their scoring on the power play when Joe Mancuso caught a pass from Massaro and shot it in.

The Blades goalie, Chase Clark, was strong in net by only letting Depew score once. He was helped out by tough defensive play from Tristan Weigand, Aidan Ward, John Krier, Trevor Conte and Dylan Bennett. Forwards Sam Christiano, Peter Spameni and Matt Yeager battled to keep their team ahead the entire game. Goalie Grant Letcher was solid in net for the Blades' playoff win against Hamburg.