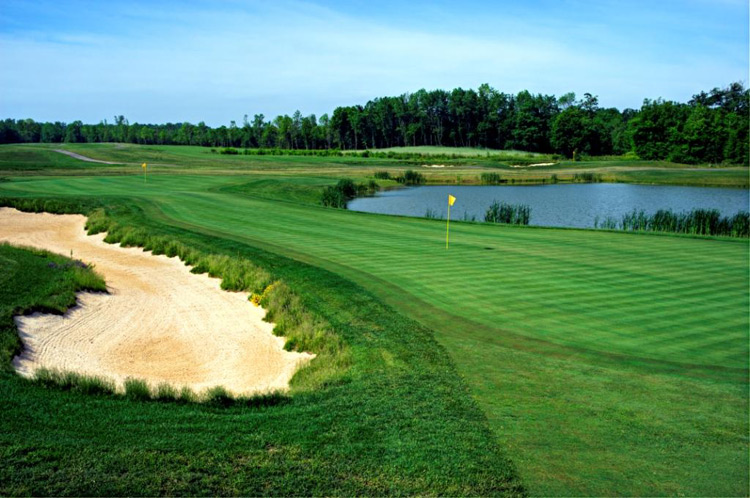 With Western New York on pace to have one of its mildest winters in history and temperatures already in the 60s for mid-March, Seneca Hickory Stick Golf Course has opened early to let golfers get a jump on the golf season at one of the finest courses in the region. To add to the excitement, officials will offer special rates through the end of April as well as a new Seneca Hickory Stick loyalty card for golfers interested in saving throughout the year.

Special early-opening rates at Seneca Hickory Stick Golf Course are $44 for Monday through Thursday, and $54 for Friday through Sunday, now through April 30. Rates include 18-hole green fees with cart and practice balls prior to play. Starting May 1, in-season rates of $59 weekdays and $69 weekends (Friday through Sunday) will take effect.

In addition, golfers can save all year with the new Seneca Hickory Stick loyalty card. Now available for just $29, the card provides golfers one dozen golf balls, use of the NYSGA handicap system for one year, $5 off every round played at Seneca Hickory Stick Golf Course during the year, and a $25 round of golf during a designated birthday month.

Seneca Hickory Stick Golf Course opened Sunday, March 11, for its third season of play. The course turns 2 years old this June and already earned two industry honors: No. 6 "Best New Golf Course" by Golf Magazine and one of the 2012 "Best Casino Courses" in the U.S. by Golfweek.

The $25 million Seneca Hickory Stick Golf Course is located On Creek Road in Lewiston - just minutes away from Seneca Niagara Casino & Hotel in Niagara Falls, USA - and is yet another masterpiece from world-renowned golf course architect Robert Trent Jones II. Last year, a new clubhouse and restaurant - Seneca Hickory Grill - opened at an overlook point near the links-style shared-green and lake at the ninth and 18th holes. Seneca Hickory Grill will officially open this season on April 15, and limited food and beverage will be available until then.

Seneca Hickory Stick Golf Course offers 257 acres of challenging terrain with picturesque, Scottish-looking heather grass that accentuates fairways and greenside bunkers, as well as five sets of tee boxes that provide golfers a choice in length and difficulty from 5,395 to 7,026 yards. The course is open to the public, but has the feel of a private club, with "member for a day" service levels and pricing that includes golf cars, greens fees and use of the practice facility prior to play. It also is an ideal venue for golf tournaments, non-profit fundraisers and business outings.

Seneca Hickory Stick Golf Course is owned by Seneca Gaming Corporation and operated by KemperSports, one of the world's leading golf management and development companies, which manages an extensive portfolio of upscale clubs in 28 states, Puerto Rico and Central America.