While there were many chair turns in week two of NBC's "The Voice," a fearsome foursome stood out among those advancing to the "Battle Rounds." 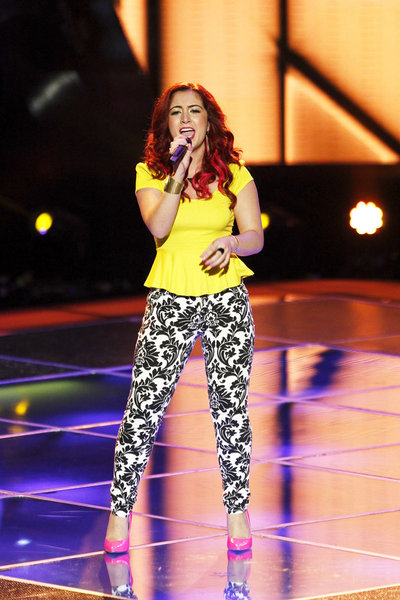 It's no secret the vast majority of would-be professional performers never get the chance to appear on television in front of throngs of eager fans. As a child, Cuban-American singer Monique Abbadie found herself among the small percentage of people who do "make it," when she was invited to perform on "Sábado gigante."

After about six years, Monique's time on the show ended. Her parents, perhaps thinking lightning wouldn't strike twice, encouraged her to build a "more realistic life." And so Monique did, working alongside her father in a Miami export business.

While that was OK with her, Monique's dream of singing for a living never went away.

She auditioned for "The Voice" hoping to find a spot on "Team Shakira." Monique met the Grammy-winning singer when she was 10, and has looked up to her ever since.

During her blind audition, Monique wisely chose Shakira's "Loca," which she performed in Spanish. Instantaneously, coach Blake Shelton turned his chair, indicating he wanted Monique on his team. Before her 90-second performance ended, Monique convinced all four judges to turn their chairs around.

Though she toyed with the idea of working with Usher, Monique ultimately picked her idol.

"Always from the beginning, ever since I knew that Shakira was going to be a coach, I inclined more towards her because of the fact that I am a fan of hers - I've been a fan since I was a very little girl," Monique said in a phone interview. "But, yes, I don't think it ever - there was never a doubt in my mind that I would go with her. But, I mean, of course, being in front of such amazing artists, such as Usher and Adam (Levine) and Blake, you kind of - it kind of does go through your mind 'What if? What if?' But, no, I would never let my girl down; I love Shakira and I'm so glad to be on her team."

Typically, if more than one coach turns a chair for a performer, a fierce battle ensues for that singer's services. With Monique, however, something new and unexpected occurred: The other three judges actually raised their hands and voted for Monique to work with Shakira.

"I was freaking out," Monique said. "Yes, I had never seen that on the show. I've been a viewer of the show since season one, and it was very interesting to see them all point at Shakira. But I'm glad they did, because she really, really fought for me, and she really had that amazing chemistry that I felt. So I'm excited."

Of her new, 20-year-old team member, Shakira said, "You and I together are going to be great." 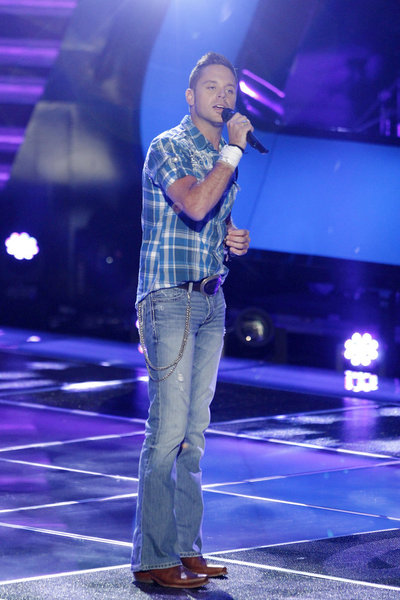 For three-plus seasons, Adam tried to lure a country singer away from Blake. On last Monday's episode, he finally achieved that goal.

It wasn't just any country singer, either. Adam landed Warren Stone, 31, a country artist who has more than a decade of stage performances under his belt. In a season where many singers on "The Voice" have admitted to having little or no stage experience, Warren will have a sizable advantage when he enters the "Battle Rounds."

He's not so sure. For one thing, he's now a full-time firefighter. More than that, though, he said every singer on "The Voice" is worthy of the platform.

"As far as advantage, I mean, you hear just about everybody say that, you know, everybody on this show is so extremely talented and, you know, I've been extremely lucky to make much in my career up until a year and a half ago," he said by phone. "And, you know, I don't really see (myself) as having an edge. ... Everybody on this season is just phenomenal; they're great people and I don't feel that I would have an advantage, so to say."

In his intro, Warren said he's a single father whose marriage just didn't work out as planned. When He performed "Colder Weather," he belted out such heartfelt lyrics as "I love you, but I leave you," and "I'm a rambling man; I ain't never gonna change."

It was a moving moment.

Following his song, Adam said, "I know you're going to be a huge country star," and "That dude is good."

While Warren is undoubtedly talented, a country singer has yet to win "The Voice." What will it take for that to change this season?

"Me, personally, I would say being true," Warren said. "You know, country music fans, they can - if you're being fake, they will weed you out and rake you over the coals. And, you know, I've lived these songs 110 percent. And I feel that, you know, even the younger country artists, they believe in this. And I said it in an old video that my band has, I mean, country is - it's a way of life. You know, you don't - you - I mean, it's just who you are, you know? It's engraved in your mind, and you bleed it and that's all you know is being country. So I feel that if the country artists are true to their self and, you know, they don't put on a front just for the TV show, and don't try to be somebody you're not, just be yourself ... that's going to ... just catapult us country artists to where we need to be." 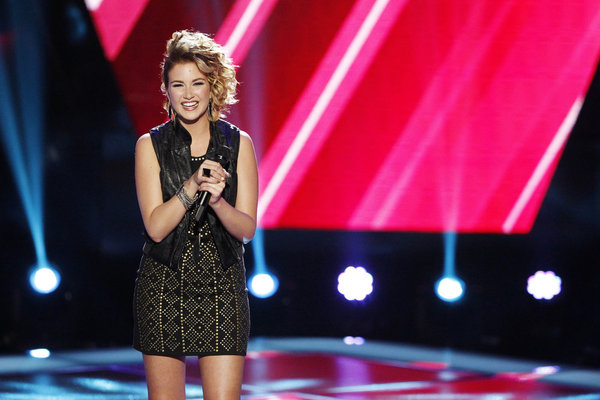 Without fail, each and every singer on "The Voice" says the show's main appeal is the "Blind Audition" round, where coaches make a "yes" or "no" decision based solely on each contestant's vocal ability.

For Audrey Karrasch, that judging criterion is especially welcome.

"Oh, I mean, the reason I auditioned for the show, obviously, was because of the concept alone, because, you know, the judges have no idea what I look like - they don't know my story, they didn't know I was a model; no idea what I looked like," she said by phone. "And the one thing I didn't like about the modeling industry, I talked about it in my story, was because it was so superficial.

"And it's weird because I went in to modeling, obviously, because of the way I looked. I could, you know, I could use my looks to my advantage, and I made some money in it, and I had some good times, but it was also really hard. But, the greatest thing about this show is the concept and, you know, and (that I could just use) my voice, and it worked - and that's the funniest part. So, I love everything about the show."

Indeed, Audrey's good looks had nothing to do with her chances of advancing on "The Voice." Her singing talent, alone, was all it took to gain a place in the upcoming "Battle Rounds."

"I knew you were great from the beginning," Blake said.

"It really does take strength and confidence to come out here and move this crowd," Usher said, adding, "I'm really happy that I have the opportunity to be a part of the beginning of such an incredible, amazing career."

Audrey asked the coaches to explain why they turned their chairs. As Usher began to give his answer, she selected him as her coach (actually cutting him off mid-sentence). 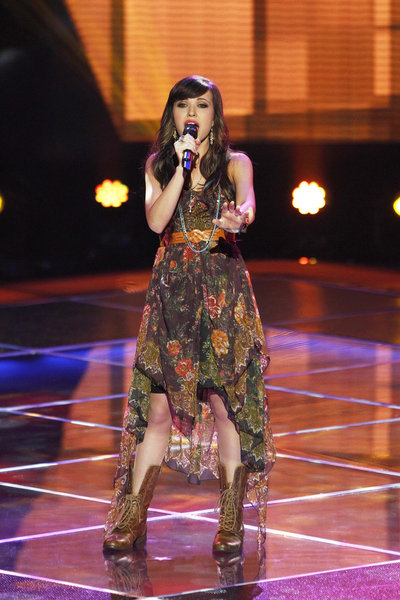 Savannah Berry rose eyebrows with her unique take on Taylor Swift's "Safe & Sound." Coaches Adam, Shakira and Blake each turned their chairs, saying "I Want You" to the 17-year-old Texas singer.

"I am fascinated by your voice," Blake said.

"I'm hungry for success, and she can win this competition," Shakira surmised.

Even more remarkable than Savannah's age is the fact she has only been at this for a few years.

"I started taking vocal lessons when I was about 13, and that's kind of when I really decided that music is the career that I wanted to pursue," Savannah said by phone. "And I started just performing around, like, local coffee shops and everything, and I think my favorite thing is I definitely love to sing country.

"And I think something that people can expect later in the show is I really enjoy taking songs that aren't country or as pop songs and really putting kind of a country twist on it. So I'm really excited to see what people think about that."

Savannah's creativity was first noticed when she starting making YouTube videos. When she was just 13, she was hand-picked by country supergroup Sugarland to perform a song as a promotion for the Academy of Country Music Awards.

Now, she will be mentored by Blake, the 2011 American Music Award winner for top male country artist.

"The Voice" airs Monday and Tuesday at 8 p.m. on NBC. Find the show online at http://www.nbc.com/thevoice. All singer photos by Trae Patton/NBC.