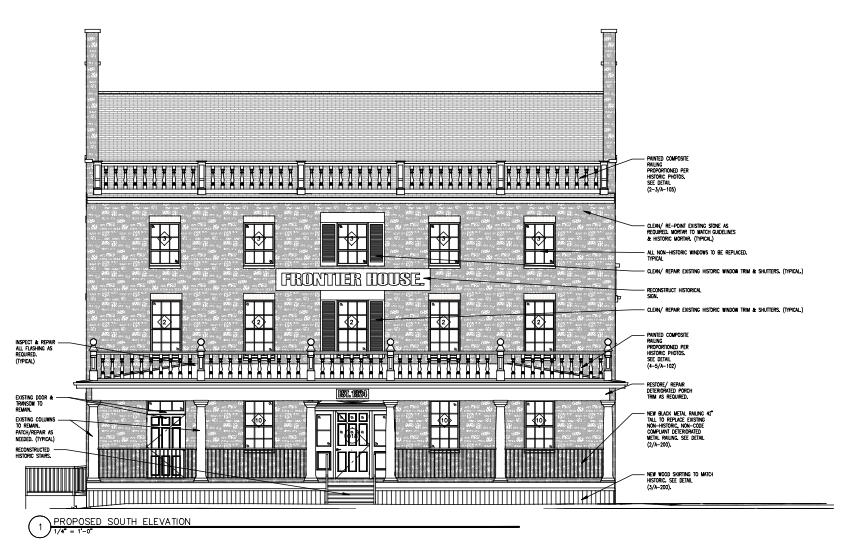 Lewiston architect Jim Fittante recently presented the Village of Lewiston with interior designs for what is now being labeled “The Historic Frontier House.” He submitted a conceptual site plan for 460 Center St. – including floor plans, fire protection, plumbing, mechanical and electric – on behalf of Ellicott Development.

As per the renderings, the plan calls for:

•One to-be-determined commercial tenant in the basement level; and

•Two commercial units, one tenant lounge, and one Americans with Disabilities Act-compliant one-bedroom unit on the ground floor.

Speaking of the potential retail or restaurant areas, Ellicott Development Director of Development Thomas Fox said, “These spaces could be combined. … We’ve had recent interest from prospects that wish to combine multiple areas as shown into a single tenant space.”

•Two one-bedroom units and three studio units on the third floor; and

•One two-bedroom unit and three new skylights on the fourth floor.

Fox identified the first two floors as long-term rentals, and the top two levels as Airbnb.

He said, “The future interior concept is driven by the restoration of extant historic materials and volumes in the building, with a goal to rehabilitate the spaces as they were historically, yet with a modern touch.”

In addition, the property owners intend to reconstruct a covered stone porch on the Frontier House’s west side (facing Sgt. Pepper). It will have a small set of wooden steps and a lattice railing/fence.

On the front of the Frontier House, Fittante listed the following planned updates:

•At the top of the building, install a painted composite railing (proportion to historic photos);

•All non-historic windows will be replaced;

•Existing historic windows, trim and shutters will be cleaned and repaired;

•The “Frontier House” sign will be reconstructed, and sit in between the front middle windows; a second sign, reading “Est. 1824,” will hang above the main front door;

•A painted composite railing – proportioned per historic photos – will line the top of the front porch; and

•Restore and repair what is identified as a “deteriorated porch.” That includes:

√ Below that will be new wood skirting to match historic;

√ On the west side of the porch, an existing transom and second door will remain;

√ The existing columns also will remain and be patched and repaired as needed; and

√ Historic stairs will be reconstructed. 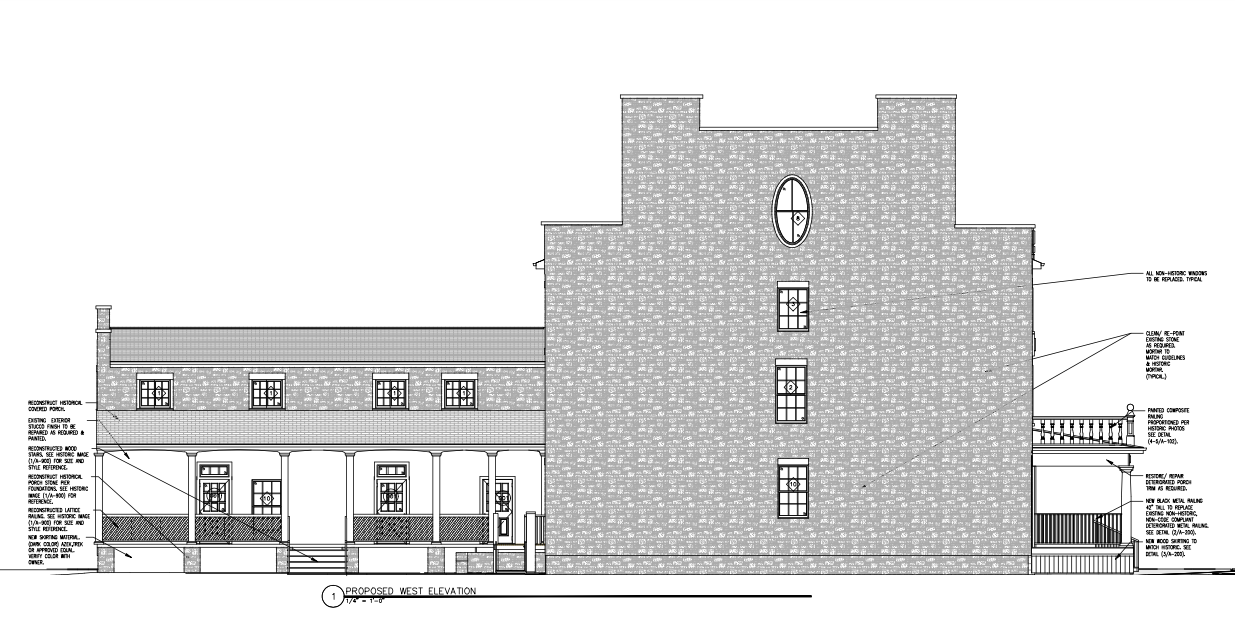 Fittante said the goal is to create an aesthetic that combines the site’s history with a “more modern flair” to “make it exciting for the public and people visiting the area. … A destination for Lewiston is what we're looking at.”

“It all came together really nice with a group that's all been involved. It was a great process,” he said.

Plans are now before Building Inspector/Zoning Officer Ken Candella, who will decide if and when a building permit is granted. Fire Inspector Barry Beebe also is reviewing the renderings, and will have to approve their safety code compliance.

Mayor Anne Welch said, “It's a big plan. It's a lot to review. …  Just as long as they comply with all the building codes, it'll be ready to go.”

She added, “I'm very pleased with what they presented. I'm pretty excited about it, that it's finally going to start construction. Hopefully, as soon as they finish the building permit, they'll have the go-ahead and start construction.” 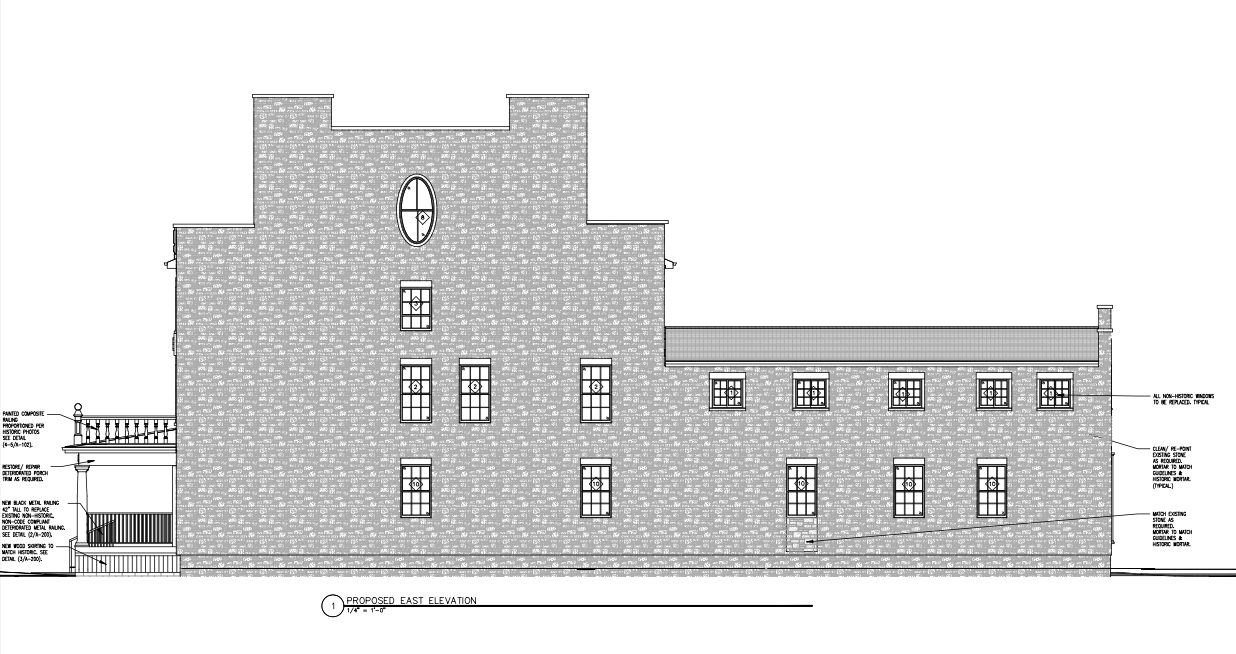 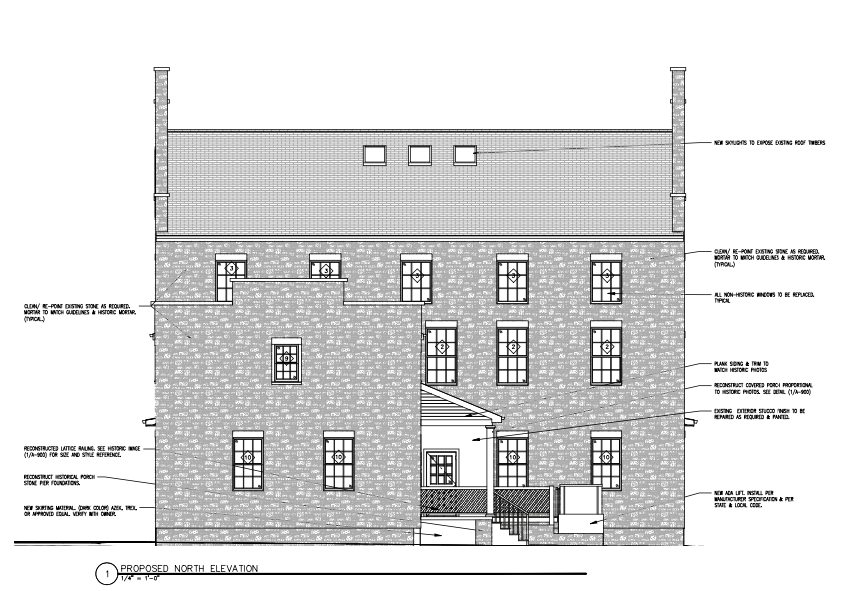