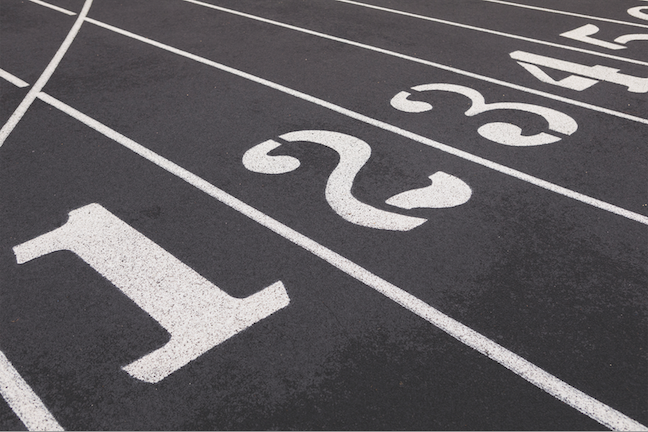 Rebecca Schultz thought, “Yeah, a trip to states would have been great”; but then again, it falls the same weekend as senior prom. And, well, her dress is paid for.

"Honestly, on Saturday, that's when states are. That's also our senior prom. So honestly, I was kinda glad I didn't make it to states," Schultz said with a laugh. "Yeah, it's a great opportunity, but I went to states in indoor (track and field) for the 55 hurdles. I'm just glad I got that experience with indoor – going to states once in my life."

Schultz, a member of the Grand Island Lady Vikings track and field team, wrapped up her senior season with a smile as she notched two impressive finishes at the Section VI Championships held at West Seneca West High School last weekend. She took second place in the 100 meter and third in the 100 hurdles.

A member of the varsity track and field team since seventh grade, Schultz also cleaned up at the Niagara Frontier League Championships, taking first-place ribbons in the 100 hurdles, long jump and triple jump.

While the individual success was something Schultz could take satisfaction in, she said the best part about this season was winning the league. That is the type of achievement the whole team could share, and feel that sense of accomplishment.

Taking stock of the season as a whole, Schultz felt her body of work was a blend of reaching goals, but also exceeding expectations – especially at sectionals.

One of the premiere athletes in WNY in the 100 hurdles, Schultz dominated the event during league meets. But she was also very candid when she explained she wasn't always tested to her fullest during league meets. The expanded field of talent at sectionals challenged her to be at her absolute best.

"For me, the hurdles – that's my top event that I love doing," Schultz said. "The (level of) competition in the NFL is not as high compared to when you get to sectionals. That’s when you really get that (rise) in competition. Going against Sweet Home and Williamsville North, they have some top hurdlers. During sectionals, I was able to stay with them. Compared to NFLs, where I'm always getting first in the hurdles all the time and there is no one else having the same time as me; and I always feel like I'm not pushing myself. Pushing myself to where I want to be, because I'm not going against other people that go the same time as me."

Pleased to be able to do her part on the scoresheet to help the team win, Schultz was even happier to be part of the senior class that set a positive example for the younger girls – to show them that hard work and supporting each other and having fun are the tentpoles of success.

Schultz said coach Michelle White naming actual captains – something track has not done for a long time – and having girls "wearing the C" gave the team a foundation of leadership. Older girls not only stepped up, setting the right example in term of work ethic, but also created a positive environment that enabled younger girls to learn and grow.

"I feel like that helped the newer people on track," Schultz said. "We get to show them what we know. (To share) all of our knowledge that we've learned from track. Hopefully, what we taught them, they'll be able to show that to other new people coming into track (in years to come).”

Also the starting goalie for the Lady Vikings soccer team that won its third-straight Section VI Class A title, Schultz is thrilled she will be attending Division II Daemen University, where she will be compete in both soccer and track.

The combination of staying home and being able to play both sports that she loves has Schultz smiling when she thinks about her future.

"I'm glad I'm going to be able to do both," Schultz said. "If I had to pick one, I would probably be so heartbroken, because I Iove both sports dearly. When I was first deciding to go to Daemen, I thought, ‘OK, I'm probably just going to do soccer.’ But since it's D2 and there's more of a chance that I could potentially do both sports … I just took my shot with the track coach, and he was like, ‘You know what? You're pretty good. So, maybe we should take you.’

“Honestly, I'm just super glad to be able to do both, and I don't have to part ways with one sport, and I can continue on with it to a higher level now."

Senior Hailey Martinez had a memorable day, as she was fourth in the 100 meters and third in the 200 meters.

In pole vault, Nate Bender took seventh with a vault of 11 feet.

Lady Vikings head coach White also wrapped the season with a smile, as she was named Coach of the Year for girls track and field at the Niagara Frontier League awards ceremony this week.