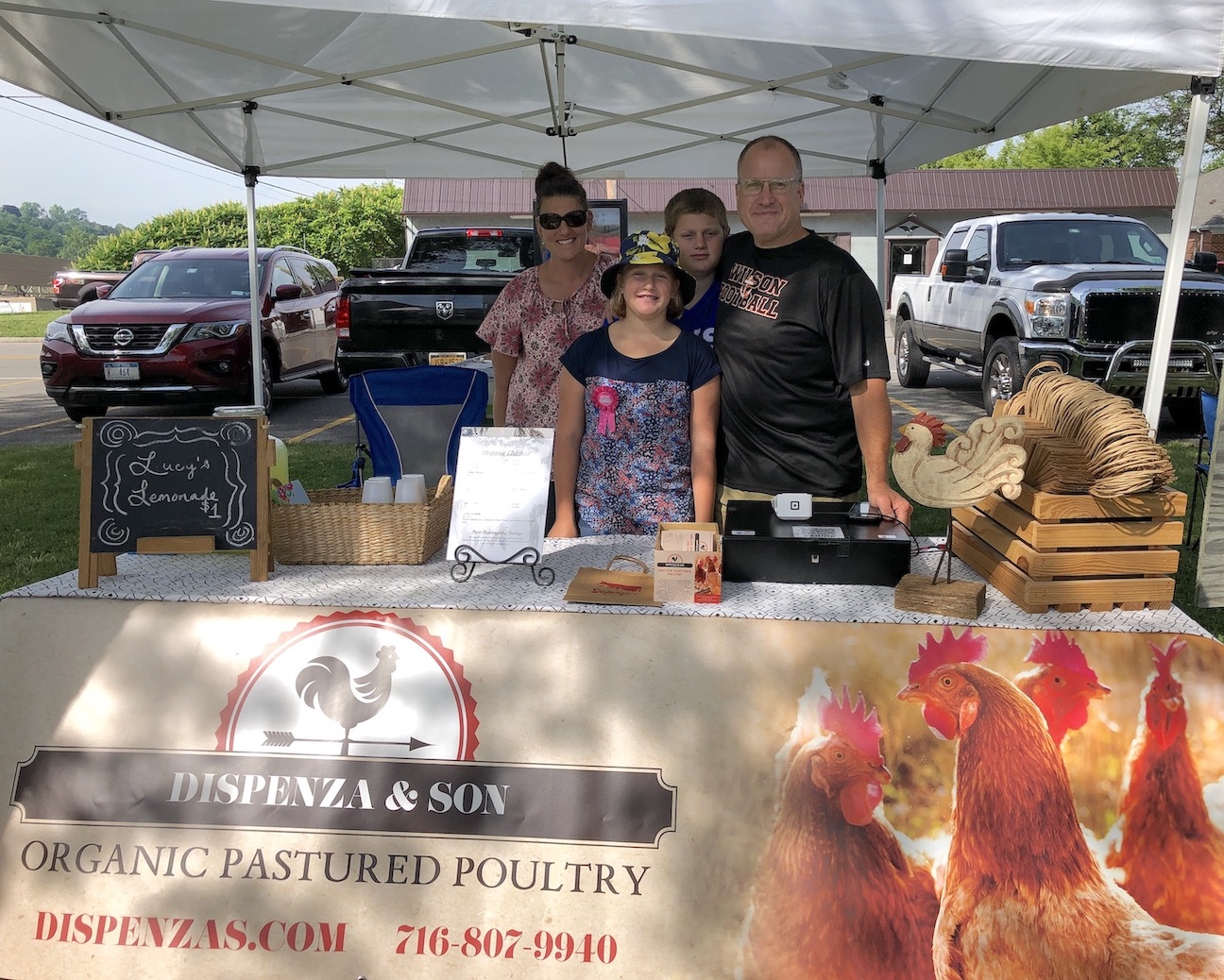 Visitors to the Lewiston Artisan Farmers Market were recently surprised to find two familiar faces: Frank and Rachel Dispenza. The couple, which used to run Dispenza’s Meat Market on Ridge Road in Ransomville, was the market’s original breakfast sandwich provider.

Frank said marketgoers “are excited” to see his family back at Academy Park.

“Obviously, as you know, we had our meat market before; but in October, our son, Joseph, who’s 12, was diagnosed with diabetes type 1. So, it kind of brought us back to our roots of eating healthy and really watching what we eat and knowing where our food comes from – which was mainly our goal at our meat market,” he explained. “So, Joe and I started raising chickens to kind of keep him busy and occupied, and we decided that we’re going to raise the chickens organic and pastured.

“There’s a guy named Joel Salatin who has a method where you move these pens around – a pasture every day – and then the chickens can eat natural. We do that, and we process them on our farm, and do everything ourselves, which causes less stress for the animals and creates a better product in the end.”

In lieu of a brick-and-mortar location, Dispenza & Son is working the farmers market scene this summer.

“We’re just focusing on the chicken and our Thanksgiving turkeys,” Frank said. “And so, we’re here at the Lewiston Market selling it. And we’re going to be at the Youngstown Main Street market once a month. We do not have our shop open, so we don’t have anything at our farm, except for raising chickens and processing.”

“They can contact me, and we can make an appointment where they can meet us at our farm; or they can meet me here at the market,” Frank said.

For the Dispenza family, it’s all hands on deck at the markets. In addition to poultry, Frank said, “Rachel may do her soup. Her soups were real popular at the shop; so she might do her chicken sausage soup.” And daughter Lucy sells lemonade.

“Some people say, ‘Why is it Dispenza & Son?’ when I have a daughter, we have five other boys,” Frank said. “Back in like the ’20s in Buffalo, my great-grandfather had a business called Dispenza & Son soda water. So, it’s kind of a takeoff of that.”

His father said, “Joe’s a very kind-hearted person, so he loves animals. He’s learned to respectfully process chickens and everything. He helps with that, from start to finish.”

Joe said, “It’s nice to be able to be a kid that knows how to do this.” 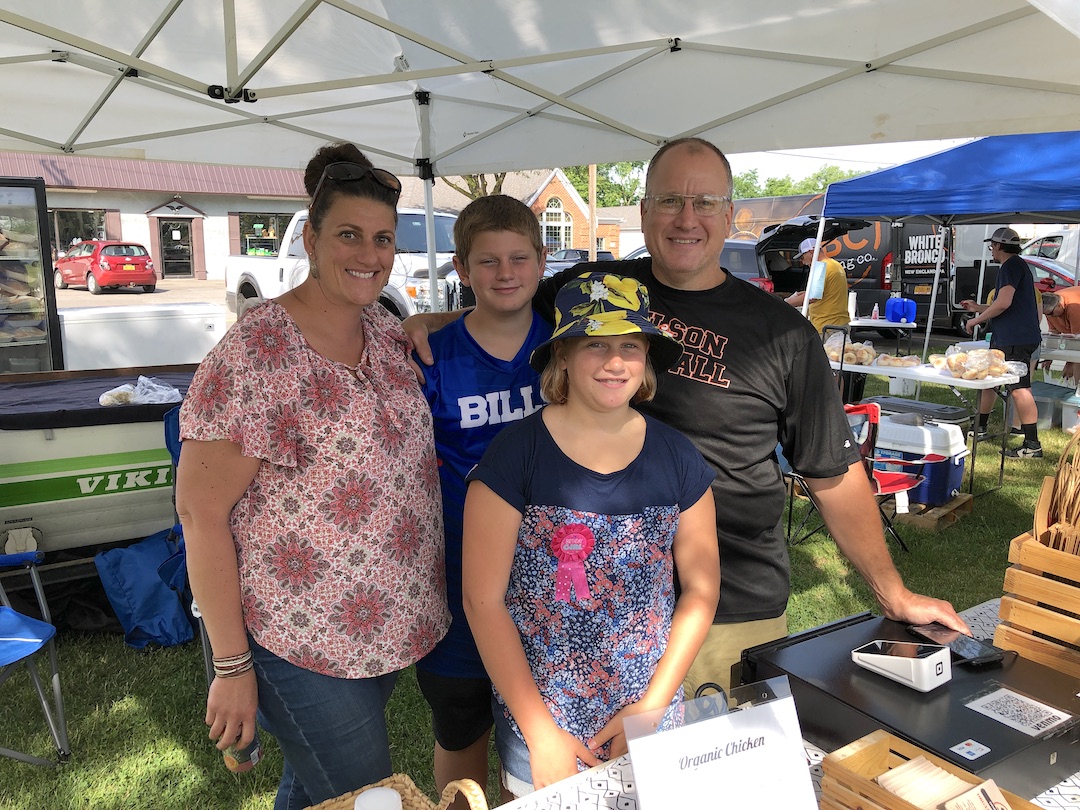