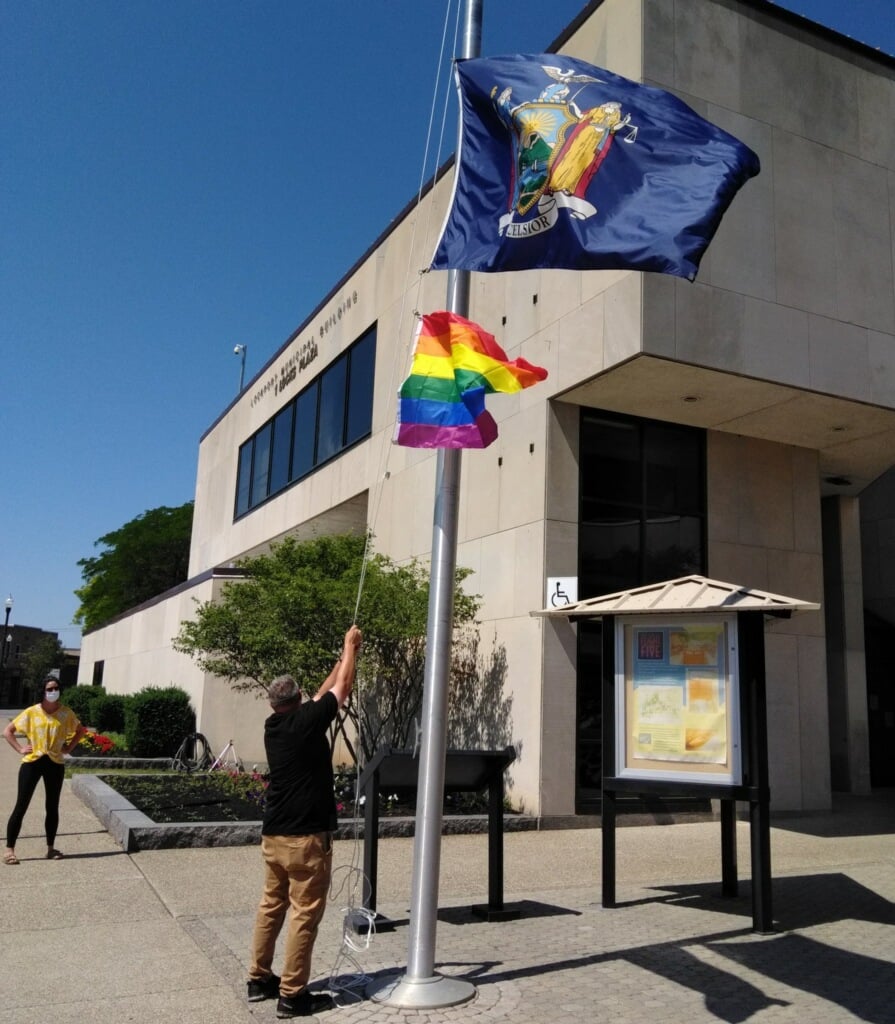 June is LGBTQ+ Pride Month – a time meant to recognize and celebrate the rights of lesbian, gay, bisexual, transgender, and questioning individuals. The month itself is significant as it commemorates the Stonewall riots, a flashpoint in the LGBT equal rights movement. On June 28, 1969, a police raid at the Stonewall Inn – a popular gay bar harassment located in Greenwich Village in New York City – sparked a collective uprising from the surrounding LGBT community who had been routinely harassed and victimized and by local police. The riots themselves lasted two days but their overall impact has been everlasting.

To celebrate that movement locally, a number of events are planned throughout Niagara County, including four Pride flag-raising ceremonies scheduled to take place on June 1: 9-9:30 a.m. in Artpark, near the main stage area; 10:30-11 a.m. in Niagara Falls State Park, near the visitor center on Prospect Street; 11:30 a.m.-noon at Niagara Falls City Hall; and 3:30-4:30 p.m. at Lockport City Hall.

Additionally, on June 28, Niagara Falls will be illuminated three times in the colors of the Pride rainbow at 9, 10 and 11 p.m. Each instance will last for 15 minutes,

“Hanging and displaying a minority group’s flag is just one way of showing a commitment to diversity; recognizing the history of that group and celebrating it; saying that you are welcome and that you do belong in this community and we value you. That’s why I think the flag-raising ceremonies are so important,” he said. “It's that recognition that ... we all deserve that seat at the table to have our voices heard and to be able to work, live, pray, eat, shop – all of that; we should be able to do that together.” 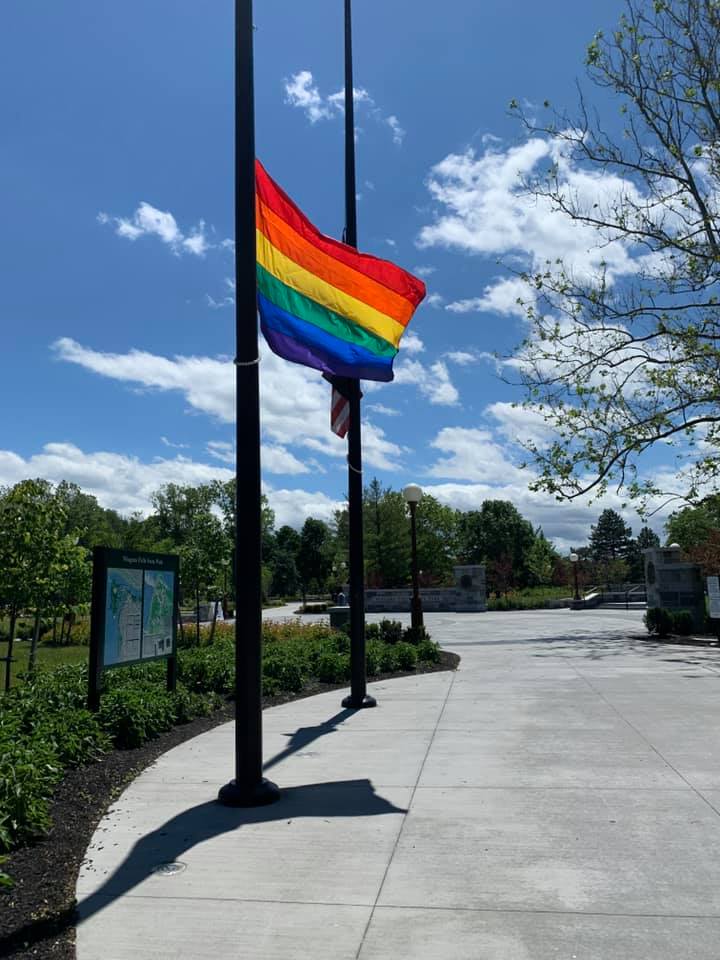 Niagara Falls has taken part in the flag-raising since 2015, while this year will mark Lockport’s second year participating. Although the ceremony is becoming something of a tradition locally, the concept has not been so accepted nationally. In 2019, former Secretary of State Mike Pompeo barred U.S. embassies from flying the flag, saying he believed only the U.S. flag should be flown. Traditionally across the U.S., however, several flags have been permitted to fly on the same staff as the stars and stripes, including military flags and state flags.

Piaseczny said he believes the American flag should “absolutely be flown as the highest flag,” but the inclusion of the Pride flag or other minority flags commemorate the struggles those groups have faced in their battle for equality.

“I have always taken it that (the U.S. flag represents) the premise and the hope that we can always do better; we can aspire to equality,” Piaseczny said. “We've been 200-plus years in the making. … We do have a tumultuous history; we have not always been perfect. There have been groups that have experienced a lot of prejudice, discrimination, disenfranchisement. … And I think by having Pride flags (alongside the U.S. flag), especially for the LGBTQ+ community or any minority community, it speaks volumes. By displaying it, it shows that particular town or city’s commitment to recognizing that there is a diversity in the population; that there is nothing wrong with being of a minority group. In fact, being a minority is what enriches the tapestry of all of us. It makes us stronger. It makes us better.”

Originally formed as Niagara County Pride, Niagara Pride certified as a 501(c)(3) in October 2020. Since its inception, the group has become one of the most hard-working, volunteer-lead charitable organizations in the area – not only for LGBTQ+ causes, but to the greater Niagara County community at-large. The group has sponsored various successful donation drives for clothing, food, toys for Christmas and backpacks for kids returning to school.

Niagara Pride is not grant funded, meaning all of its work and programming is made possible through donations. As such, June will also mark the inaugural year for “WNY Shopping With Pride” – which it hopes will become its signature annual shopping event.

From June 4-12, more than 30 businesses across Niagara County will be participating in the event. Participants will donate either a percentage of sales made during the time period or make a lump sum donation to the organization.

“ ‘Shopping with Pride’ is really important for us. It goes a long way towards helping us be able to continue programming,” Piaseczny said. “It’s (also) our opportunity to basically work with businesses, be they LGBTQ-owned or ally-owned that may have been impacted by COVID. … Our idea was that we would be promoting them, basically sharing on all of our social media that these businesses are basically donating to our cause. We're happy to have 32 businesses this year participating. We hope that this will grow and we just were thrilled that we were able to kind of bring this to Western New York.”

The group also accepts donations year-round via its website, www.niagarapride.org.

In addition to its charity work, Niagara Pride provides advocacy work for or on behalf of the local LGBTQ+ community, with a primary focus on education relating to inclusivity. The group recently launched a one-hour training class, LGBTQIA+ inclusivity training for businesses. The class is available online via Zoom. The cost is $25 per business/organization to attend. The training will be offered on a regular basis. Interested participants can register by completing the registration form at https://portal.niagarapride.org/training.

One of the most important projects the group has sought to undertake is the creation of a community provider directory. The first will be the release of a provider directory that will feature a wide variety of community service providers who offer either LGBTQ+ specific programming and/or offer LGBTQ+ affirming services. The directory will be available as a free community resource on the Niagara Pride website. Community service providers ranging from medical, legal, counseling, accounting, spiritual, housing, youth and other services are encouraged to list their services so LGBTQ+ individuals and families in Niagara County and the surrounding area are aware of what resources are available.

“One of the things I kept hearing in the first several years from people that have attended our events and our meetings, was they only knew of one or two medical providers that specialized in LGBTQ care in Buffalo,” Piaseczny said. “And so there is always this thing about, ‘How come there's nothing here in Niagara County,’ only to find out that, yes, there are actually. That information is just not getting out there and it's not being publicized. So, that's one of the things that we were trying to help overcome by putting together our directory of providers – and not just medical providers, but community providers, be they spiritual services, accounting services and legal services. Just figuring out who's here and putting together that resource so that people can see what is here and how they can access it.”

The provider directory can be found at http://niagarapride.org/pride2021. 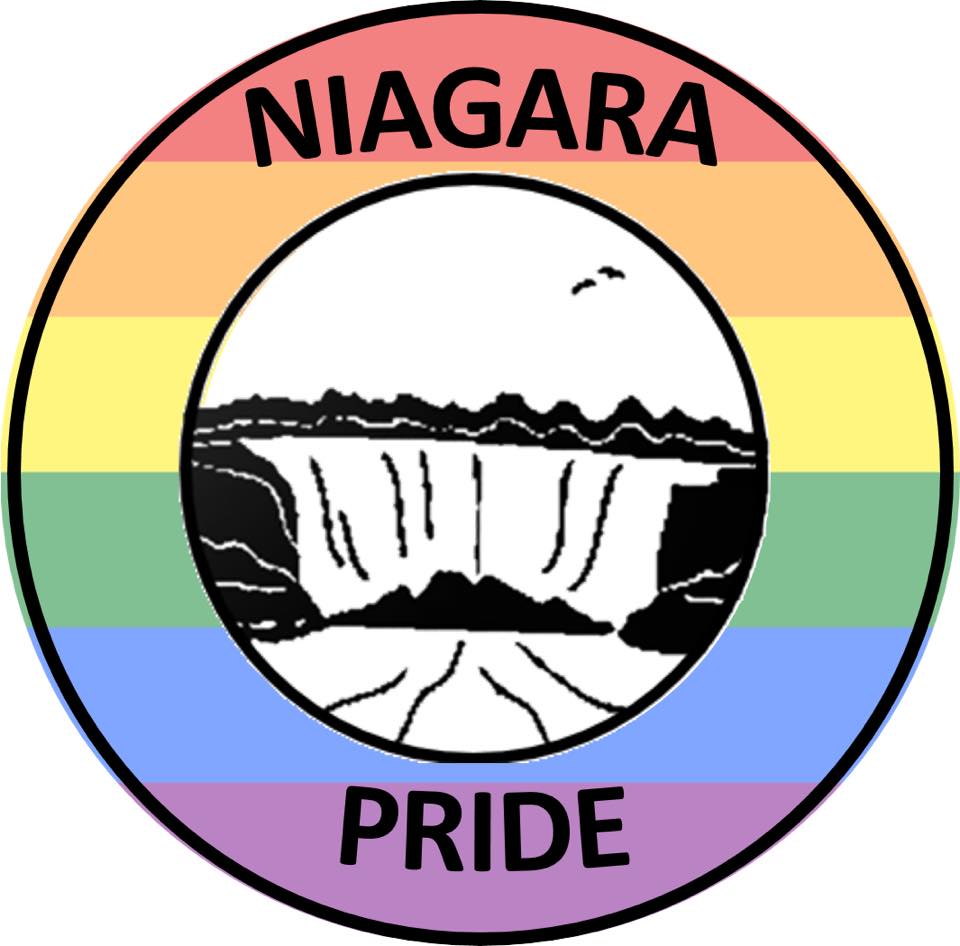 In addition to the Pride Month events listed above, Niagara Pride invites the community to participate in a number of other events throughout June the group is either hosting or taking part in, including:

√ Pride Karaoke Night – This event is taking place from 7-9 p.m. June 11. The event is virtual, and anyone who wishes to attend can find the link at the Niagara Pride Facebook page.

√ Pride Garden and Mural – Niagara Pride is working with Power City Eatery in Niagara Falls to create a Pride garden. The garden and mural will officially be unveiled to the public on June 28.

√ Virtual LGBTQ+ Game Night – This event is taking place from 6-8 p.m. June 26. It is also virtual, allowing people to catch up and play games over Zoom. The link to this event can be found at the Niagara Pride Facebook page.

√ Pride on Old Falls Street – From June 26-28, people are invited to walk down Old Falls Street in Niagara Falls, which will be decorated in the Pride rainbow. Check out the “Let’s Fall In Love” mural by Casey Milbrand and take a selfie at the Niagara Pride selfie station.