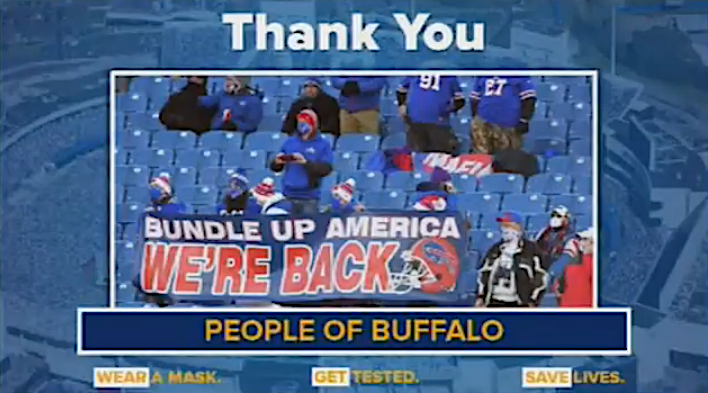 (Images courtesy of the Office of Gov. Andrew M. Cuomo)

Speaking to the media Monday at Roswell Park Comprehensive Cancer Center in Buffalo, Gov. Andrew Cuomo praised the Buffalo Bills organization for the team’s best season since the early 1990s. The team’s season ended Sunday, with the Bills losing to the Kansas City Chiefs in the AFC Championship game.

“I want to thank the Buffalo Bills for a really great, great season,” Cuomo said. “It's been many years since we had the opportunity to watch a game like we watched last night, for the AFC championship. And they really did have a great season. A lot of great talent, a lot of great young talent, with a lot of promise for the future.”

Buffalo won the AFC East title for the first time in 25 years. The team went 13-3, and won home playoff games against the Indianapolis Colts and Baltimore Ravens, before losing in Kansas City. 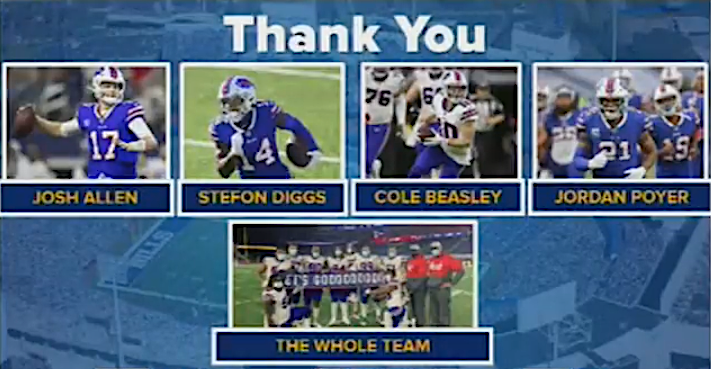 “Best of all is the way they played together as a team; and the way they supported each other,” Cuomo said. “Even last night in the game, there was a couple of instances where you saw how the team rallied together to protect each other, and defend one another. And it was beautiful to watch.

“Yes, we would have liked to have a different outcome; but that does not diminish the accomplishment that was achieved by this team.

“And we thank all of them. (Owners) Kim and Terry Pegula, they have been beautiful to work with. And they brought such pride to Buffalo. Coach (Sean) McDermott, General Manager Brandon Beane. We all worked together to get fans in the stands, safely” for the playoffs. “And I know they appreciated that. And 7,000 fans cheered like 70,000, when they were in Buffalo. 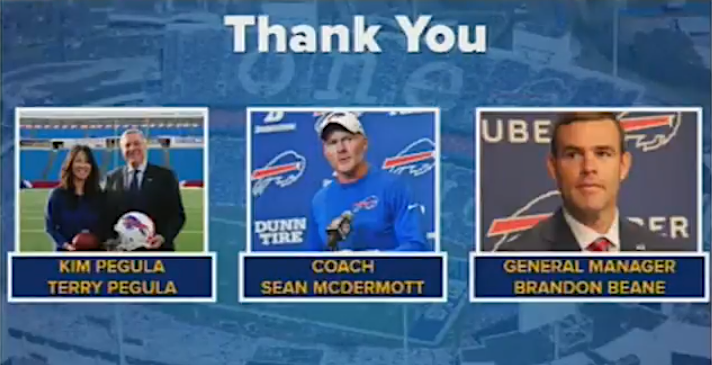 The New York Giants and New York Jets both have home games in New Jersey, making the Buffalo Bills the only NFL team to play in New York.