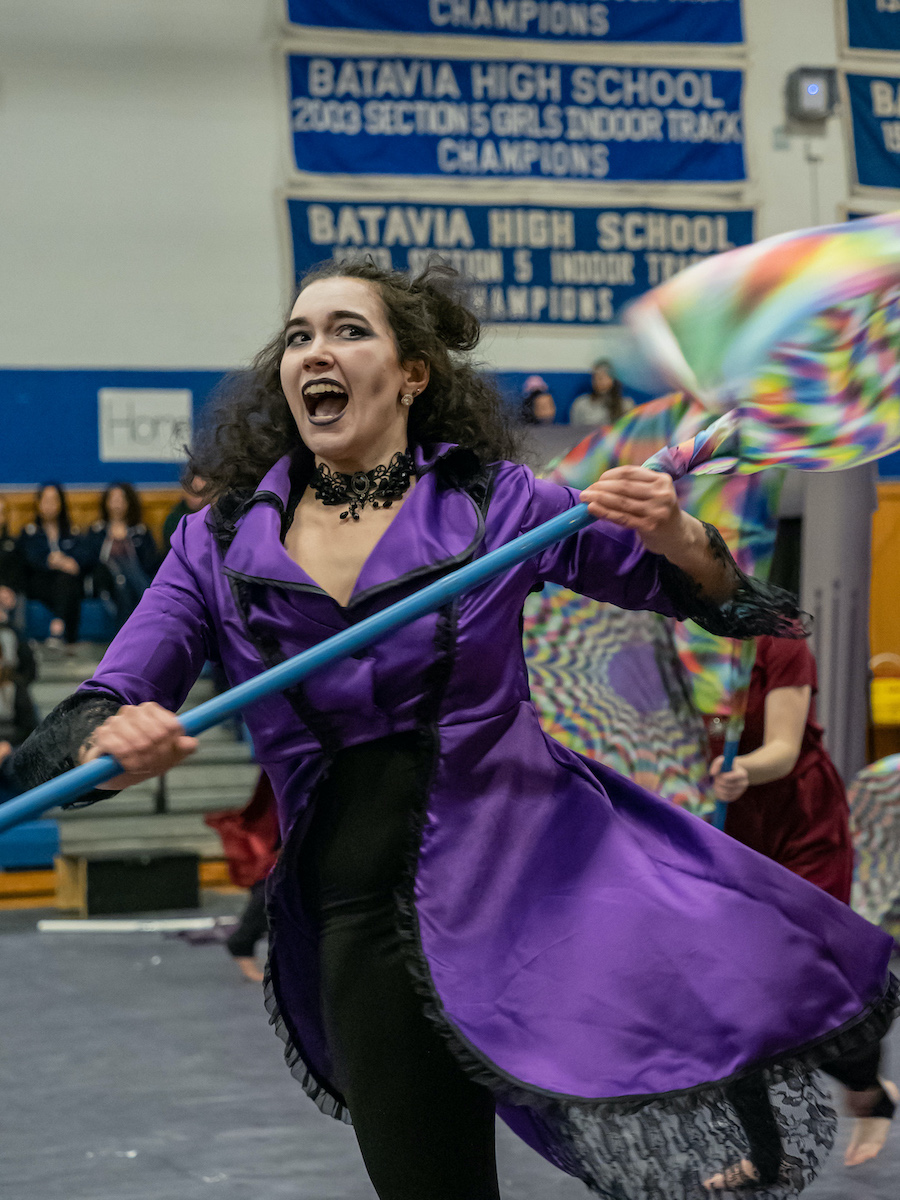 Stressing the performance: An inside look behind the glitter of performing

The next time you’re watching or attending a show with live performers try to imagine yourself in the performers’ shoes- or in colorguard’s case, the feet of the performers. You’d probably be overcome with insane amounts of anxiety. Stage fright even. More often than not the performers feel some sort of the same thing. They just find different ways to handle it.

Luminosa Senior Colorguard is one of many teams in the Northeast Colorguard Circuit (NECGC) that is based in Buffalo, New York. The members are from all over New York and all have various experience levels in the sport. Their purpose is to spread awareness about the sport while having fun and growing their skills.

Colorguard combines dancing with various pieces of equipment such as flags, rifles and sabers. Each team prepares a show that throughout the season changes and evolves, striving for that perfect 100, to either create a story or put a new spin on one that has already been told.

Many of the performers in this team have been with the sport for many years and they have come up with various ways to combat the stress and anxiety that comes with the thrill of performing.

“I do get anxious before performances, but it’s more of a rush of adrenaline,” says Erika Vigerzi, a teacher at Eastridge High School and hopeful Luminosa member.

Most of the members use that stress as an extra push towards giving it their all on the performance floor. 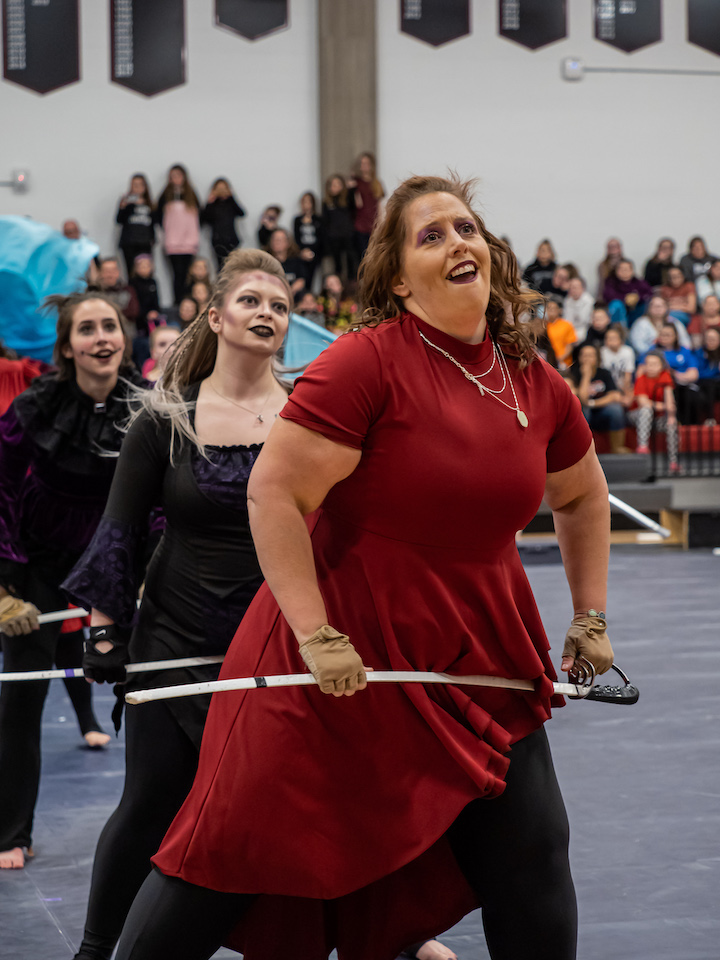 “I don’t usually get nervous anymore but if I do, it’s usually in warmup. In that case, I stop whatever I’m working on and go back to basics,” says Traci Morrow, a Luminosa member.

Gearing up and getting ready for a performance is prime time for the nerves to settle in. However, everyone has their own little methods to combat that nervous feeling in order to get into performance mode.

A lot of the members prefer to sit in a quiet space and listen to either the show music or any type of music. Others like to mentally run through the show in their minds making sure they are comfortable with every change that was made.

Some also go through little routines that they do before every show.

“Brushing my teeth helps for some reason,” says Casey Bishop, a Luminosa member.

“I eat healthy snacks such as carrots, cucumbers, broccoli, and drink a ton of water to stay hydrated,” says Vigerzi.

Other members also prefer to sit back and lean on their teammates for support.

Anything they can do to get themselves in performance mode and to stay calm during a performance is top of the list when getting ready to perform.

As soon as the team steps on the floor the pressure is on and it can be intimidating for those who have little experience in this sport. 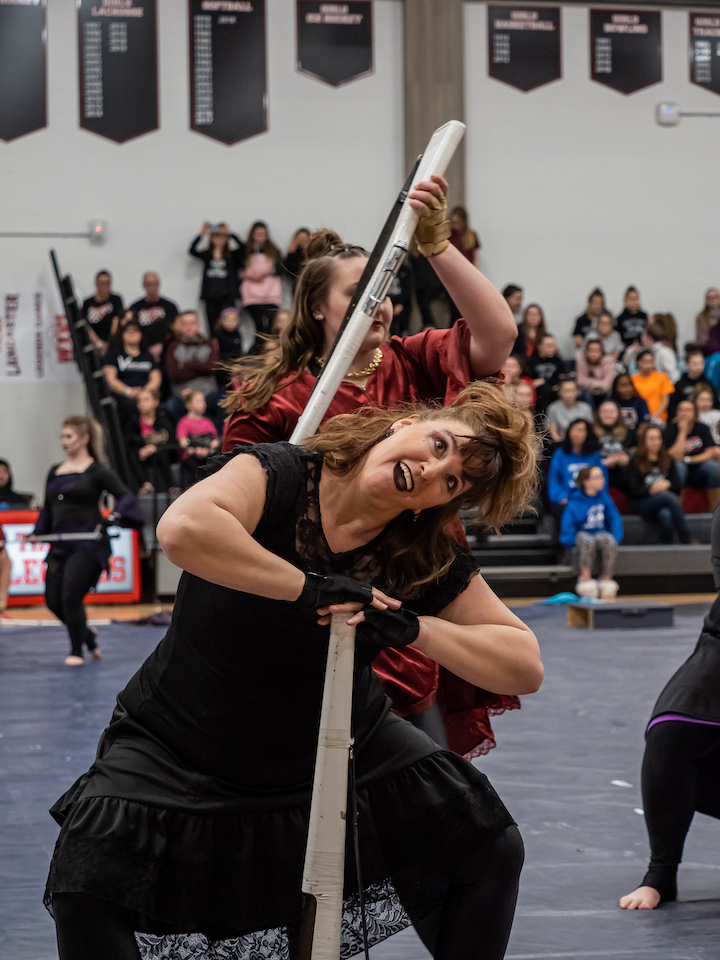 “This is where age has its benefits! It’s just a show, recover, breathe and move on. It used to bother me too much if I made a mistake, to the point of effecting the whole performance. My mindset is that I can only do what I can do. It will be OK,” says Sandy Damiani, a Luminosa member, “I look at my peeps on the floor and say, 'We got this.’ ”

Like getting into character the members also have a little routine that they do while setting up for a performance.

Things like setting their equipment up in a specific order, doing a special handshake with another teammate before walking through the doors or giving a pep talk followed by a tension release that fills the hallways with the screams of the performers screaming out their anxieties, can help.

“First I make sure that I set up all my equipment in the right spots and which way is the front and the back. Next I will always look up at the ceiling if I have a high toss there to ease my mind it won’t hit the ceiling. I’ve always done this since high school since my tosses have hit the ceiling before,” says Brooke Soldano, a Luminosa member. 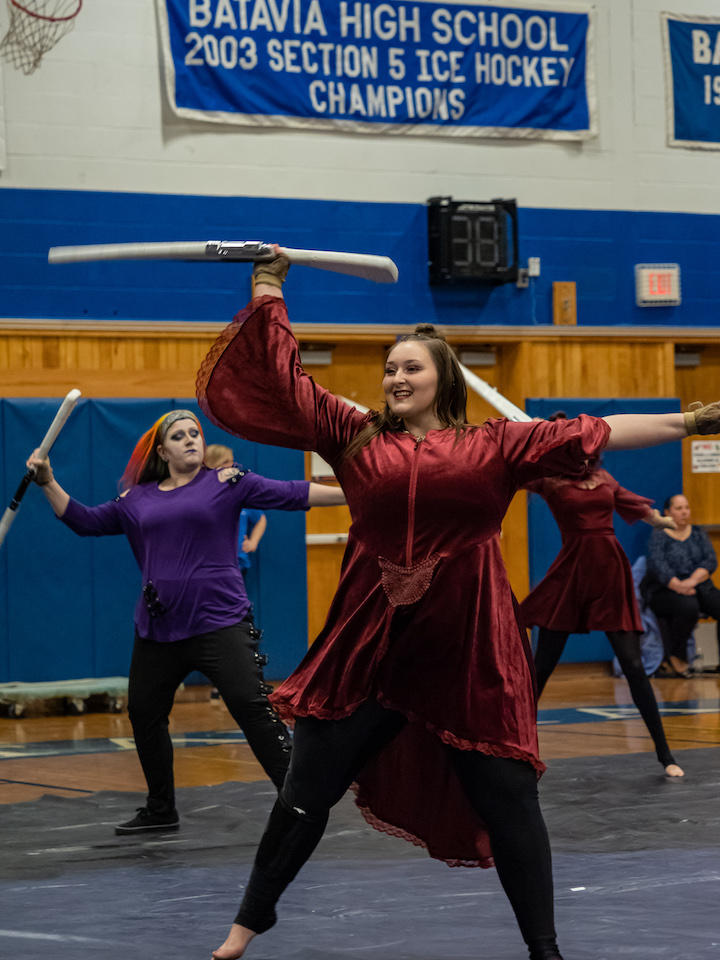 All the routines that are done by the members give them a little peace of mind that the show will run as smoothly as possible.

However, since every show is a live show there is always room for something to go wrong. A prop falls over, someone drops their toss or a trick doesn’t quite have the effect the coaches wanted it is important that the performers stay calm and keep going as if nothing happened.

For some that can be easy but for others it is a bit more challenging.

“I have ADHD so any little thing that I hear or see that's out of place can really knock off my focus. I kind of had to train myself to focus on what I need to do next and improvise if needed, even if it means getting to my next spot a few counts late,” says Bishop.

After all is said and done and the performance comes to an end there are many kinds of emotions that can surface at the moment the music stops and the crowd starts to applaud.

“I can remember two types of feelings after a performance. Pure exhilaration, knowing you did the show the way it was meant to be and the crowd reaction was amazing that when you entered the gym to go in and watch, the crowd applauded again. The other complete devastation where the group as a whole fell apart and there was nothing you could do to stop the train. I would have to say that I was more relieved than anxious while performing but definitely had moments where nerves got the better of me. You learn from them and face them and know there is a bigger picture. It is a process,” Damiani says.

One of the most important parts about being part of a team is the connection that is created between teammates. Being able to lean on each other in times of stress and celebrating with each other when a goal is accomplished. It’s what makes a team more than a team- it makes it a family. 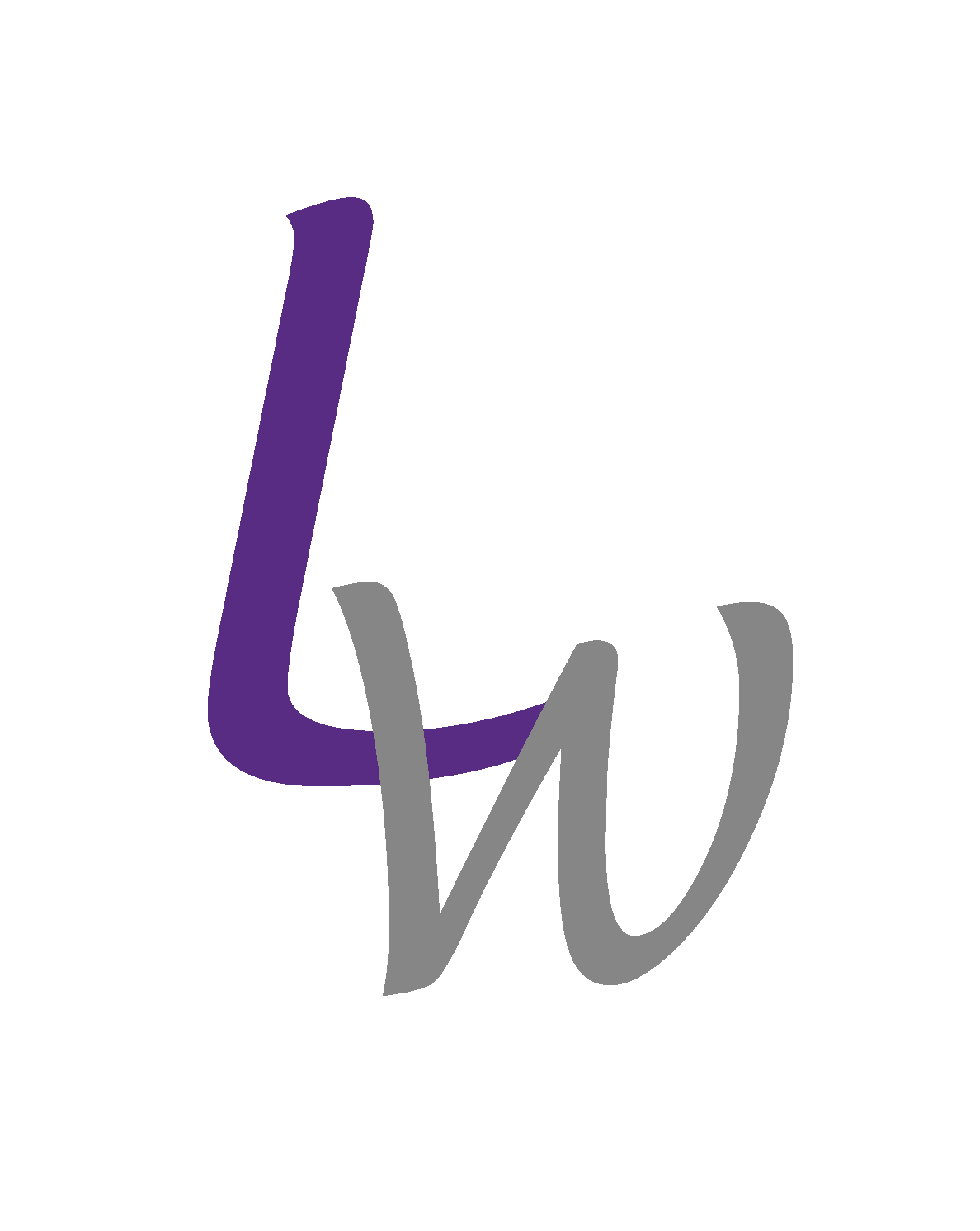