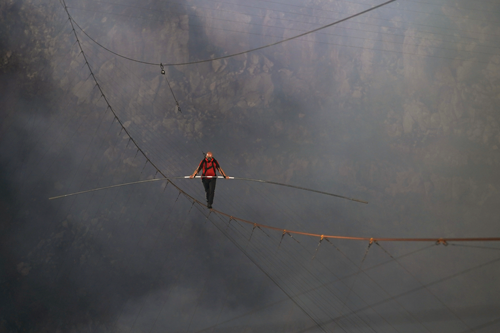 Wallenda becomes first person to walk a highwire over an active volcano, on ABC’s ‘Volcano Live! with Nik Wallenda’

Nik Wallenda will have to traverse the moon to top this death-defying stunt.

Wednesday night, the world witnessed him make history on ABC’s “Volcano Live! with Nik Wallenda,” as the daredevil successfully completed an 1,800-foot highwire walk over the active Masaya volcano in Nicaragua. Wallenda became the first person to ever attempt and accomplish such a feat.

His wife, Erendira, opened the show with her most daring aerial performance to date above the volcano’s glowing lava lake. She was supposed to hang from a helicopter, but high winds kept the copter grounded. Instead, she performed off the highwire.

Wallenda then crossed over the active volcano – walking high above a rare lava lake that’s 2,000 degrees Fahrenheit – and dealing with its high winds, craterous crags and sulfuric gases. He had to wear a gasmask to filter out harmful chemicals.

The suspense-filled event, hosted by “The Bachelor” star Chris Harrison and ESPN’s Sage Steele, was broadcast live and commercial-free on ABC and produced by dick clark productions. Wallenda began his walk about 9:20 p.m. ET, and stepped back onto solid ground at the other end of the rope almost 32 minutes later.

Following the highwire walk, Wallenda told Harrison, “It was everything that I sort of expected, certainly prepared for. But the winds were – as we knew – they were unpredictable.” He said the temperature also kept fluctuating from hot to cold and back again.

“It was starting to burn my eyes,” Wallenda said of the atmosphere. “The gas mask actually worked incredibly well and did its job, which, again, we tested it and knew that it would. … But my eyes did start to burn, ironically, and I thought my goggles were completely sealed, but thank God they didn't fog up.”

Wallenda called the experience “amazing.” While on the highwire, he could be heard praying and singing Christian songs. He also mentioned a new book he’s authoring in the hope it will help others overcome fear. Learn more HERE. 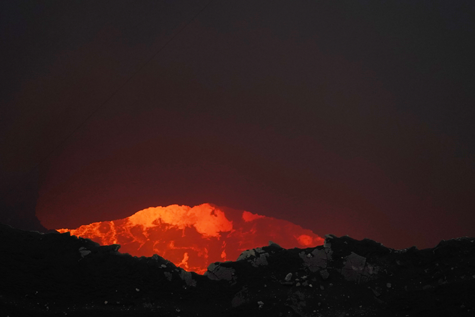 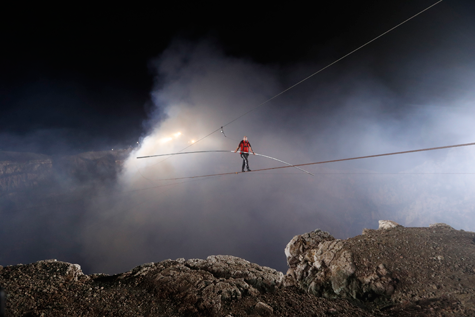 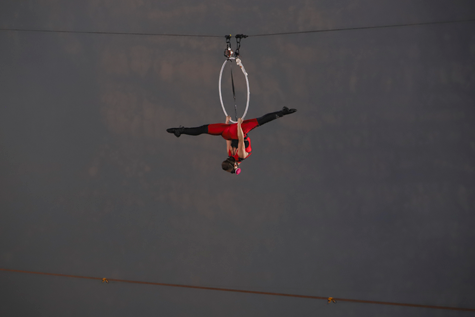 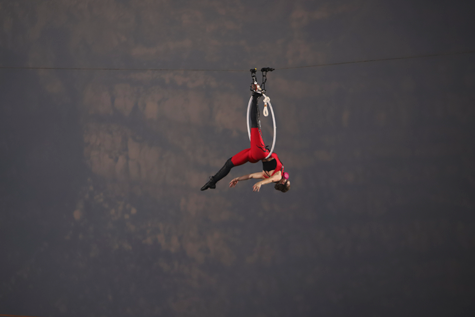