When people think of Niagara-Wheatfield Falcons athletics and its history, many turn towards the success of the wrestling program over the years.

This past weekend, another N-W wrestler etched his name into the history books, as senior Justin McDougald became the fifth Falcons wrestler to win a New York State wrestling title. And to show their support, the Wheatfield community came out and welcomed McDougald back to N-WHS Sunday evening.

The state champ made an impressive return back to school thanks to fire trucks from Sanborn Fire Co. McDougald got an escort from the firehall, down Saunders Settlement Road and into the high school parking lot in the front seat of one of the trucks, a feat he said made the state title win feel even better. Upon arrival, McDougald hopped out of the front seat to a loud roar of cheers.

A day prior, at the NYS tourney, McDougald was the No. 2 seed in the 138-pound weight class. After three victories in the finals bracket, the N-W senior stood toe to toe with No. 1 seed Ryan Burgos of Section V Hilton High School. In a close decision, McDougald captured his first NYS title by a score of 3-1.

As time ran out on the match, McDougald showed his excitement on the mat by perfecting a backflip in front of the audience.

Sunday, McDougald said it’s been a long and crazy journey in his six years as a Falcons wrestler, but to finally capture his ultimate goal was a relief.

“To finally achieve an award I’ve chased for six years in high school and middle school just feels so good to get and bring home to the family,” McDougald said.

Prior to his win in Albany, the highest McDougald had finished was second place. He said as the final match went on and the clock ran out with the score was in his favor, a rollercoaster of emotion hit him.

“When it was tied in the third and I finally got that last takedown that sealed the deal, I felt very passionate and just excited to, first, get a revenge out of everything that had happened before, and to know I finally brought it home after so long,” he said.

“The backflip was just extra,” McDougald said with a laugh. “That was just how I felt and what I wanted to do. It just kind of came out.”

And as McDougald pulled into the N-WHS parking lot with close to 100 staff, family, friends, teammates and community members waiting for him, the moment became even more surreal.

“It’s real nice to know I have supporters – a lot of supporters,” McDougald said. “I knew I had supporters, but actually seeing the amount and how many more I have just feels so good.”

According to the finals wrestling bracket, McDougald finished the season 49-1 in matches. Additionally, McDougald’s cousin, Willie, won the 145-pound NYS title, as a member of the Niagara Falls Wolverines.

According to armdrag.com, McDougald won 26 tournaments in his time as Falcons wrestler. McDougald is also the first five-time Section VI champion in N-W history.

In typical @NWCSDathletics, the community welcomed home state champion wrestler Justin McDougald from his trip. He was pretty excited to ride in a fire truck he told me. pic.twitter.com/9LbIkEmbSa 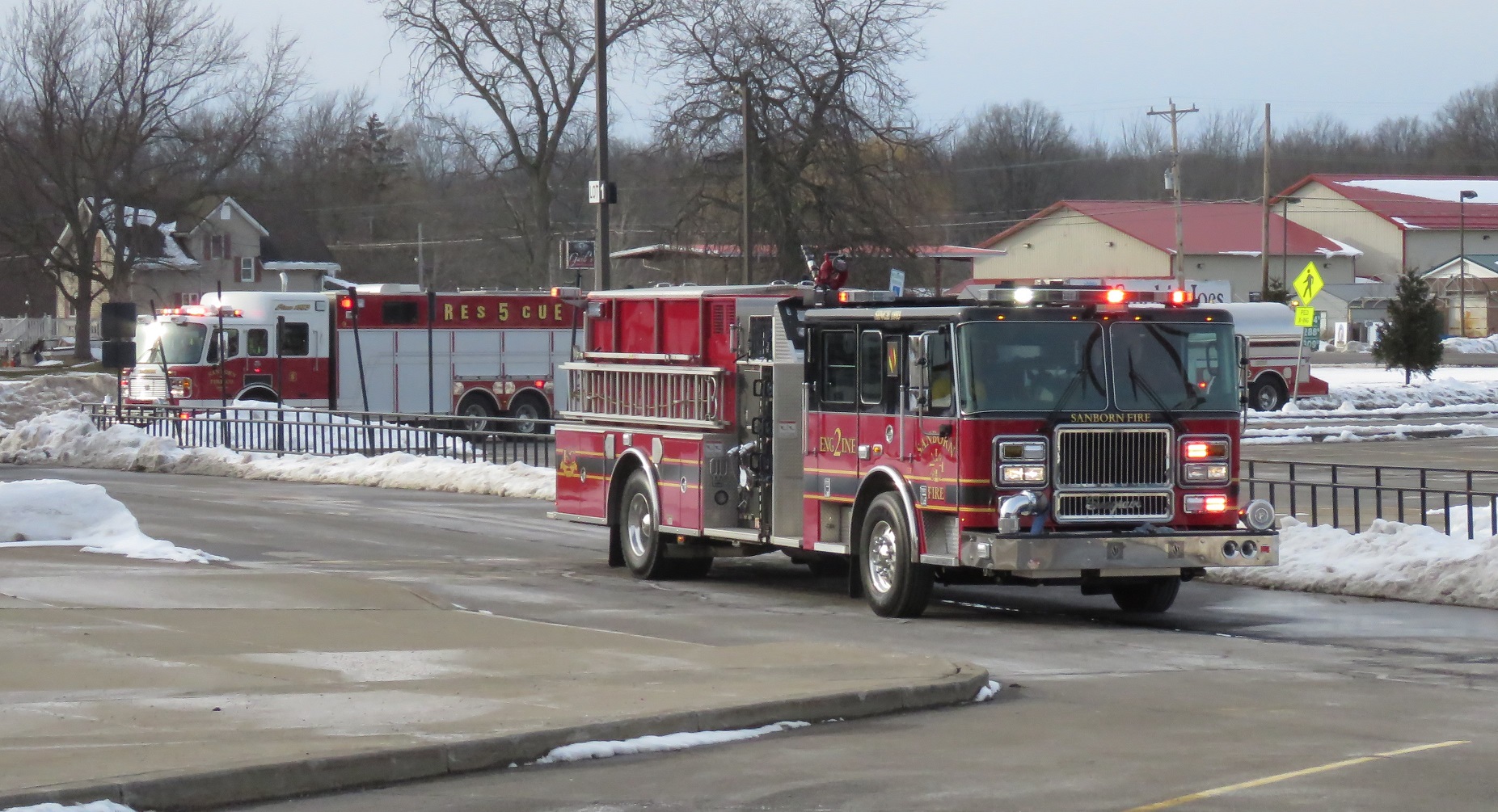 Niagara-Wheatfield's Justin McDougald was in the front passenger seat of this Sanborn Fire Co. truck as he arrived to a roar of support at N-WHS Sunday. 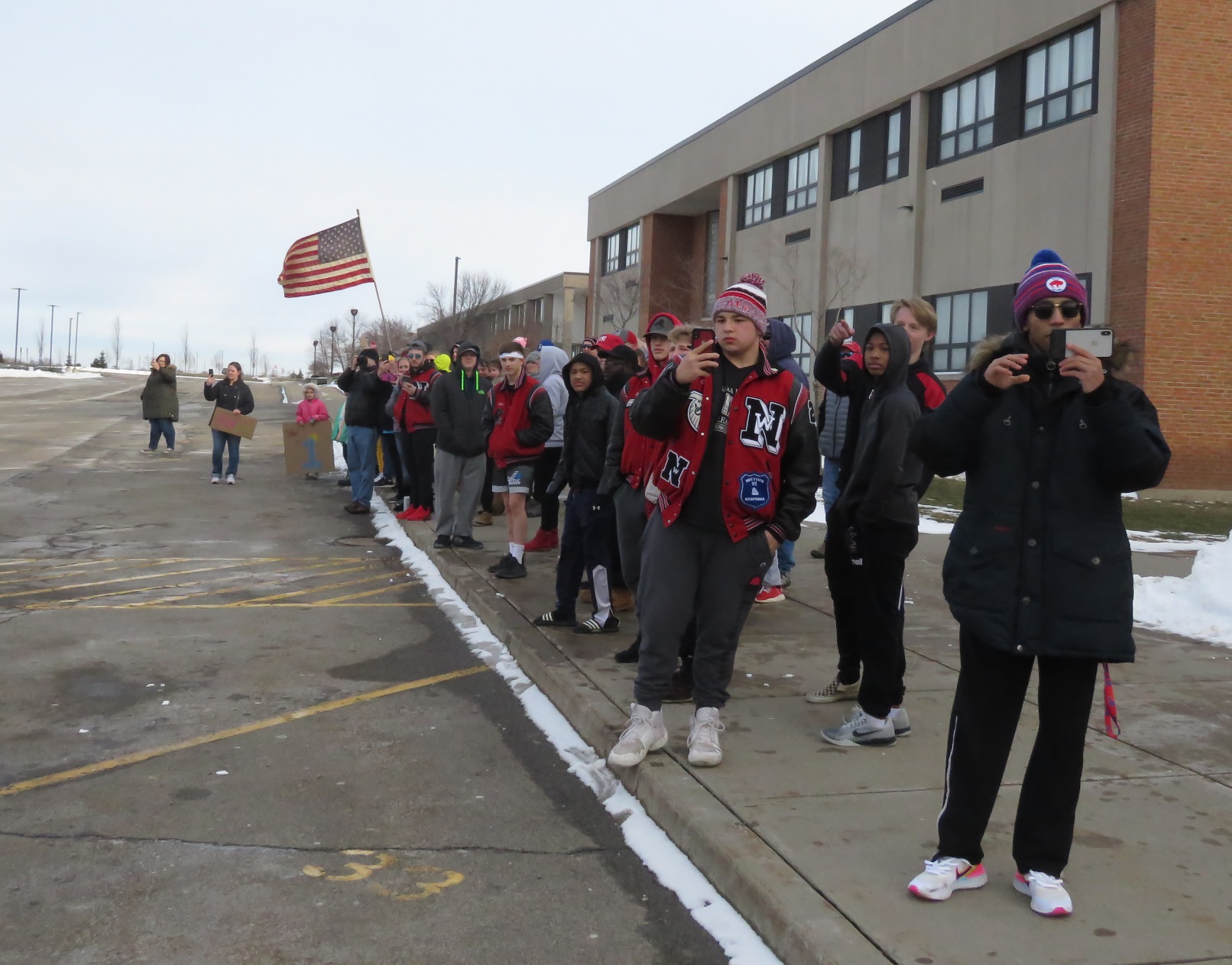 A crowd watches as McDougald pulls in. 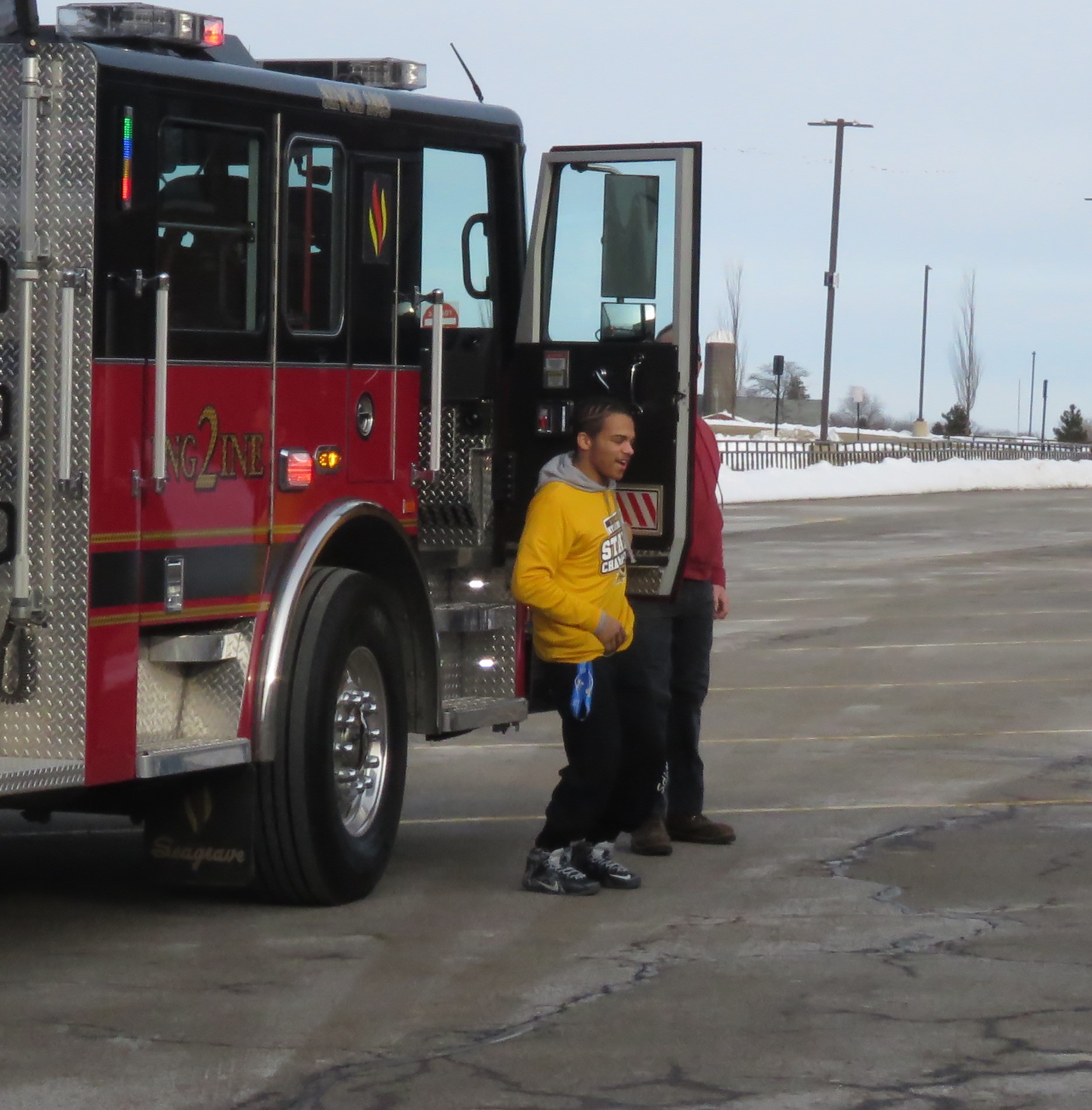 The champ is here. 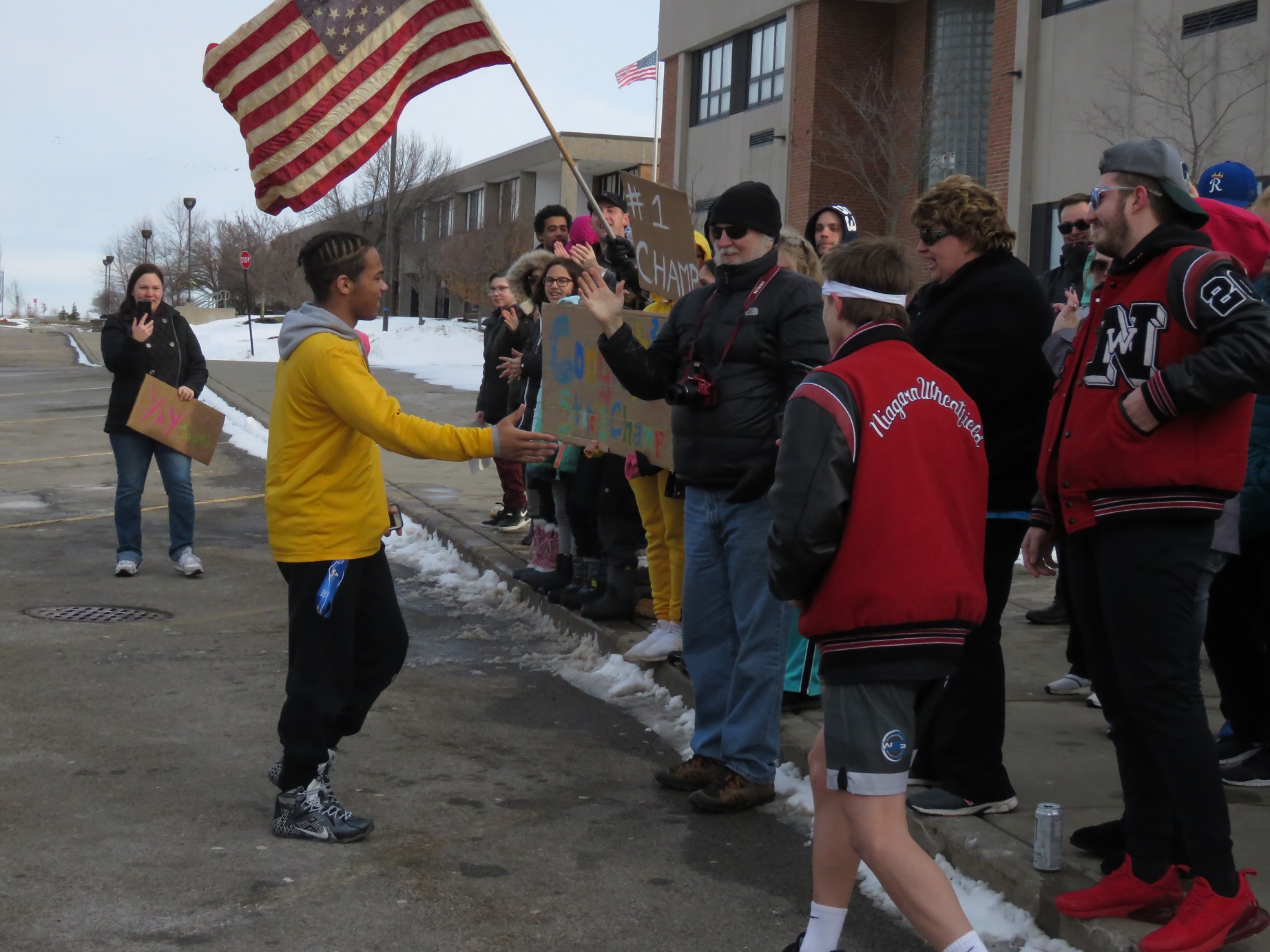 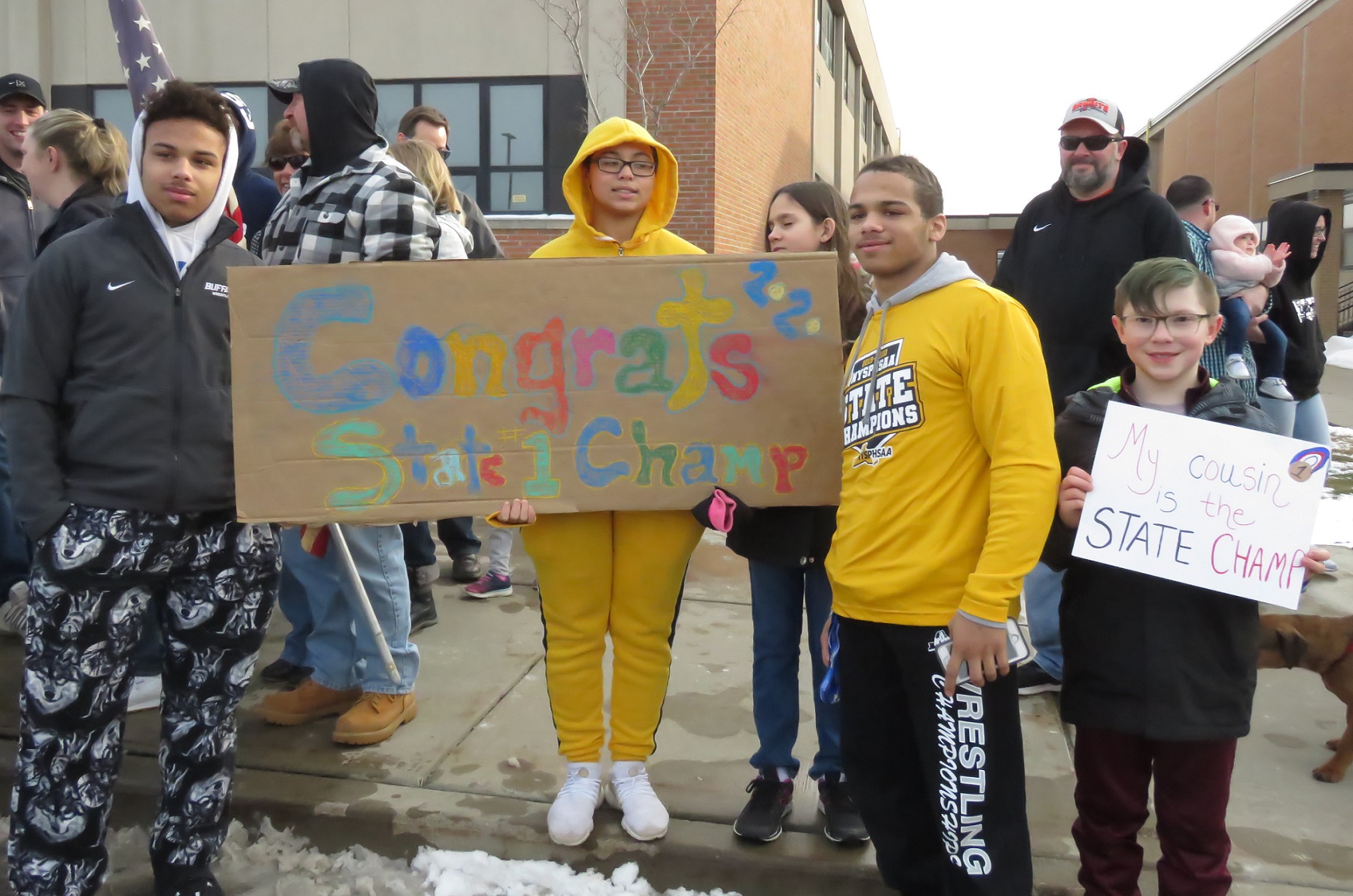