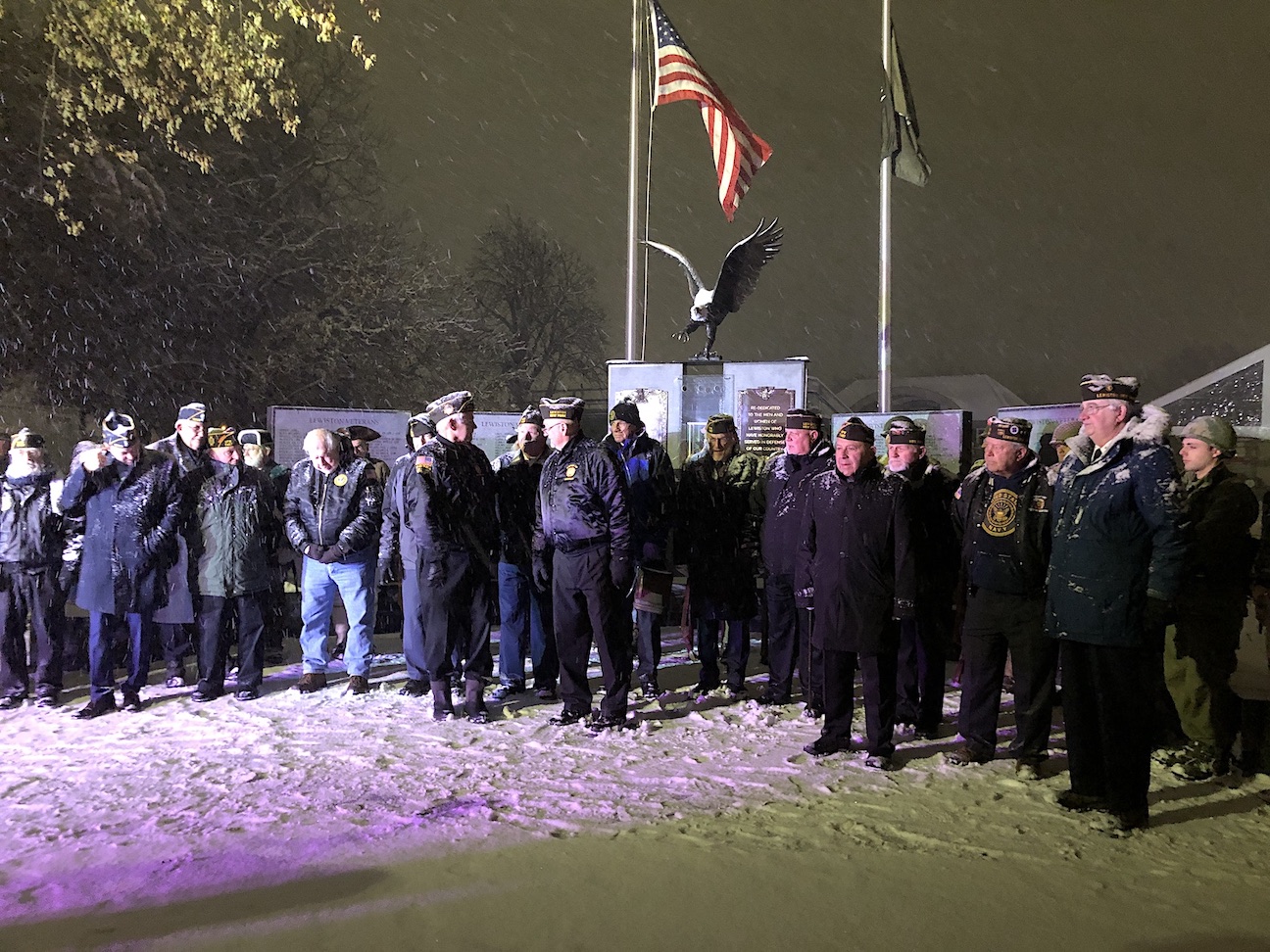 At nightfall on the 11th day of the 11th month – Veterans Day – Veterans of Foreign Wars Downriver Post 7487 officially unveiled its “Circle of Honor” monument inside Lewiston’s Academy Park.

Michael Roemer emceed the event, which featured student participation for the Pledge of Allegiance, speeches from Gold Star sponsor families, a dramatic presentation of soldiers through the ages, and the uncovering of a series of stone pillars with more than 500 veteran names inscribed in total.

The “Circle of Honor” monument boasts a large eagle, an eternal flame, and a map of the world. In the center, bold lettering reads, “America’s flame burns brightly fueled by the courage and sacrifice of those who have defended our freedom.”

Lewiston residents flocked to the event, despite a snowstorm that threatened to mar the ceremony. When the program ended, many approached the monument to take pictures and find the names of loved ones.

Watch a video highlighting this event, and the traditional Veterans Day ceremony, at the link below. 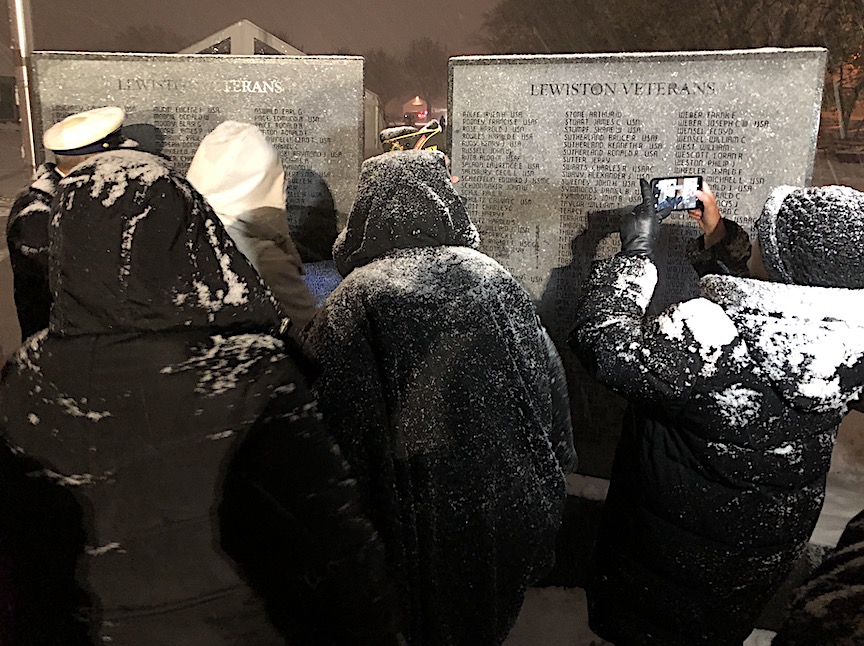 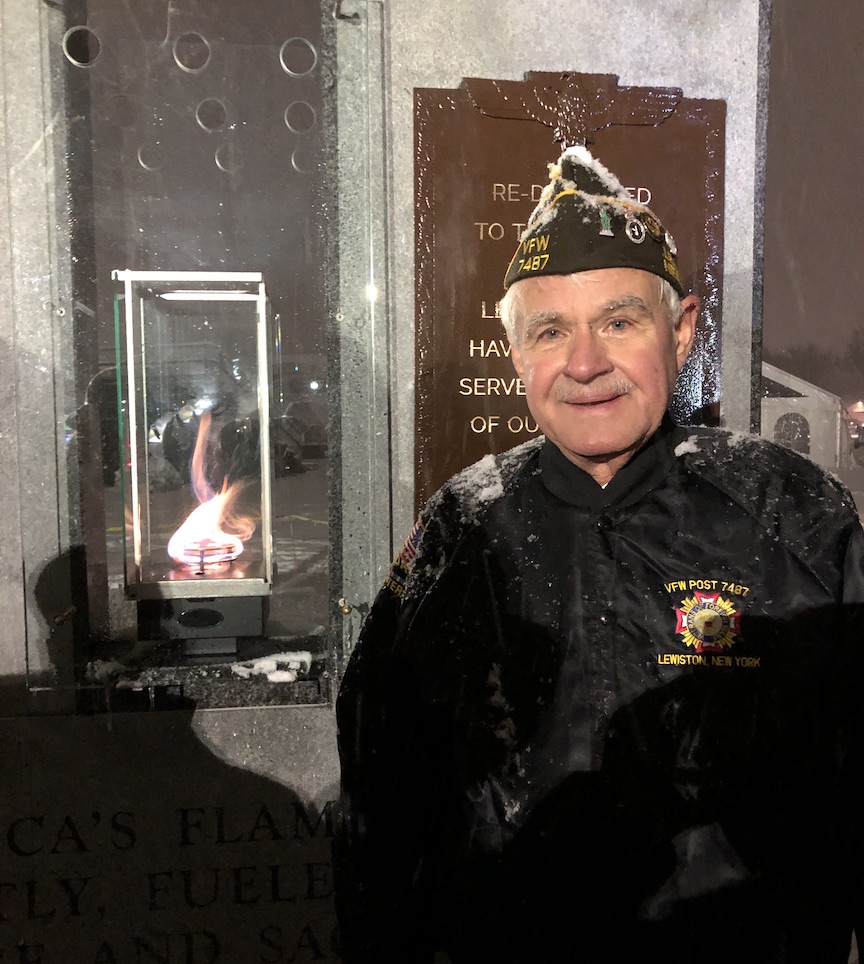 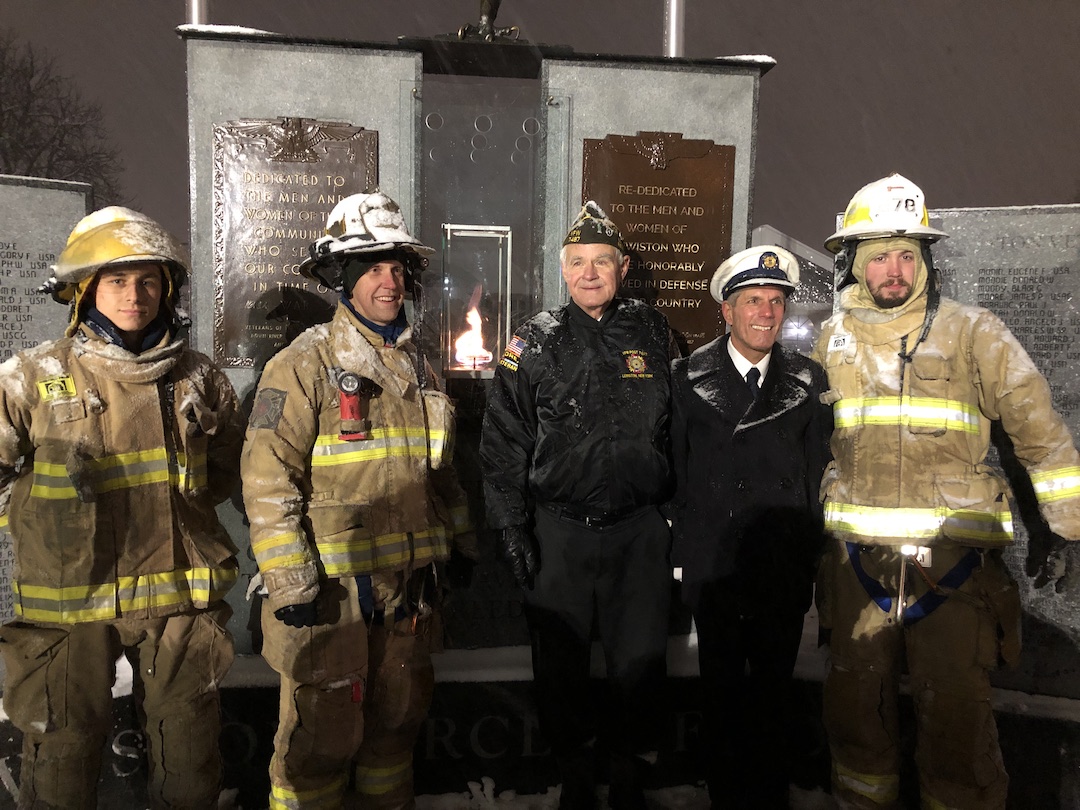 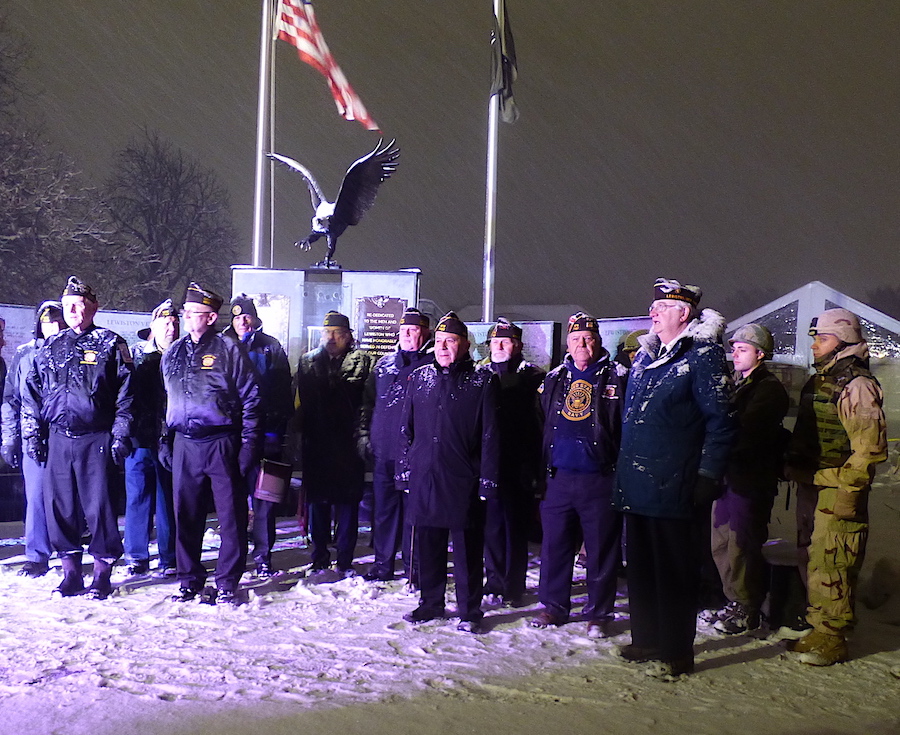 LEARN ALL ABOUT THE MONUMENT PROJECT HERE: