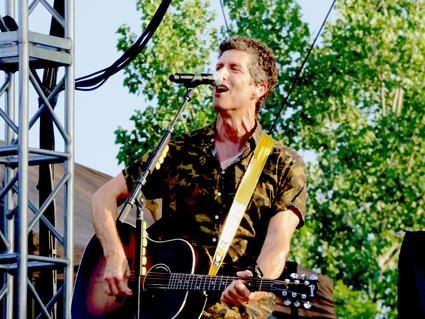 Thanks to NBC’s hit summer series “Songland,” the public has a newfound interest in what goes into making a hit song. Though the show’s headliners – including John Legend, Kelsea Ballerini and will.i.am – are often thought of when hearing (or singing) a final product, many tunes take a team to be top of the pops.

One of the music industry’s more sought-after masterminds will perform at Artpark as part of “Tuesdays in the Park” on July 9. Kevin Griffin will showcase his own hit songs, including “Good,” “King of New Orleans” and “Desperately Wanting,” when Better Than Ezra takes the amphitheater stage.

Griffin first found fame as frontman for the Louisiana trio, and then parlayed his songwriting success into sessions with Sugarland (“Stuck Like Glue”), Howie Day (“Collide”) and Missy Higgins (“Scars”). He’s also worked with the likes of Blondie, Train and Taylor Swift.

NFP recently caught up with Griffin as he was preparing for a BTE show in San Francisco. An edited Q&A follows. 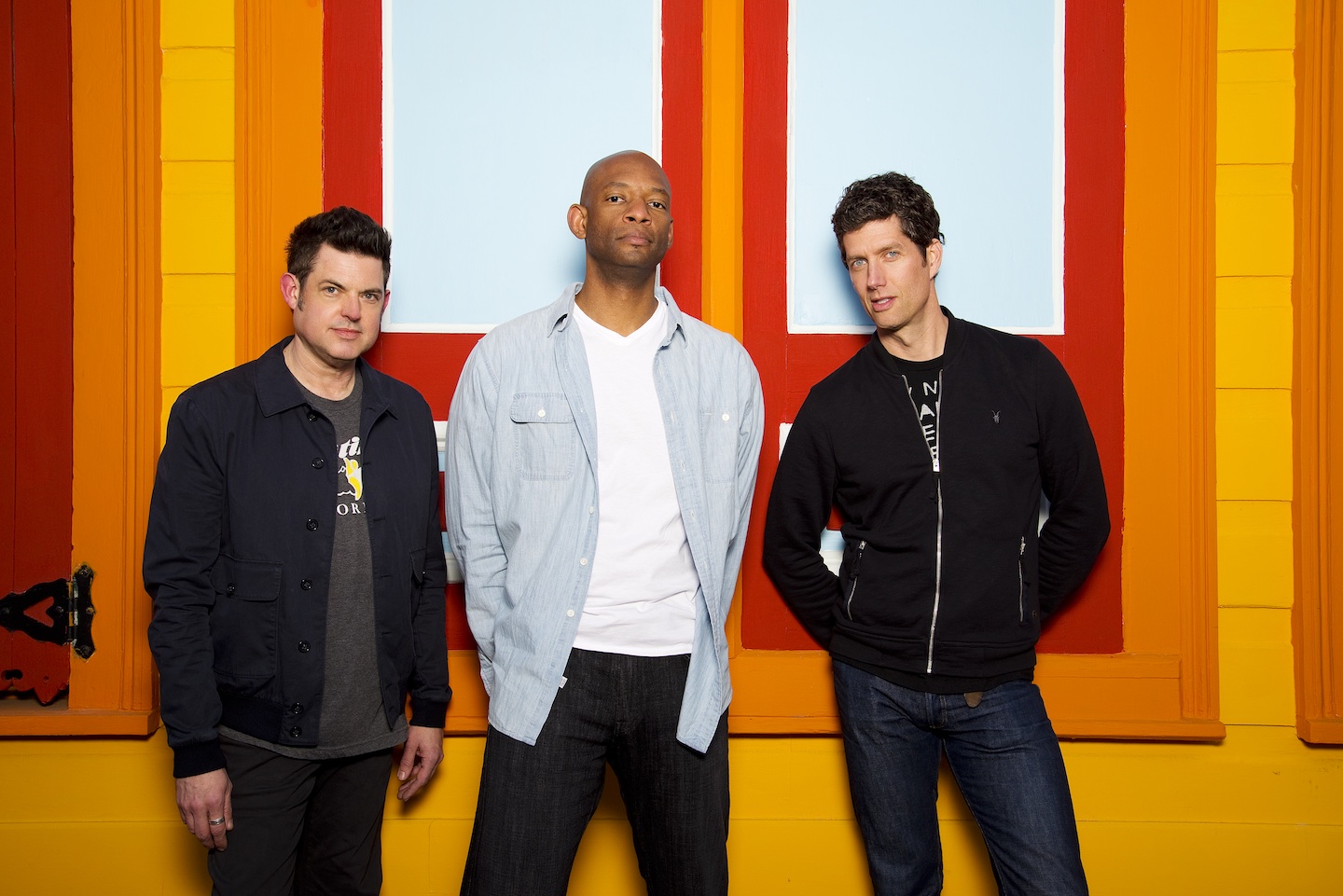 Kevin Griffin: (Crosstalk on Lewiston.) You know what, I had never heard of it, but I played there last summer with Barenaked Ladies.

Q: You did, and, in fact, when they were here with you guys, they actually got an ice cream named in their honor. So, you know, maybe when you guys come back this summer … possibility? I don't know?

Kevin Griffin: I went there. … My guitarist and I walked there, because Ed Robertson told us to go there. So, we went and sampled the ice cream.

Q: Yeah, they got together with the owners, and they came up with a flavor, a name and a logo – the whole thing.

Man, I was just blown away by the crowds that come out for the shows there. It’s just really cool. I really dig that venue.

Q: That's good to hear. We're big fans of it, and we like to tell people it's a good place to play. So, I'm happy that you had a good time there last summer.

Kevin Griffin: It really is, man; it's unique.

Q: You are multitalented – you're a singer, you're a writer, you're a producer, you do 100 different things. … I'm wondering if you could tell me what the songwriting and producing process is like for you, and what you enjoy about it? Do you normally work with a lot of other people? Or is it normally something that you do more one-on-one with an artist?

Kevin Griffin: Well, you know, it's interesting: I started off in Better Than Ezra writing all the songs. And those first three or four albums it was just me writing – with maybe one or two songs on each album, where I'd written with a member in the band. But for the most part, I was just a solo songwriter. But, as time has gone on, and certainly in the past 15 years, there's such an emphasis put on the single, you know? It's not about albums, anymore, it's really about you gotta just bring that hit single.

So, more and more they’re collaborations when you're writing songs, at least I am (collaborating).

And, clearly, when (“Songland’s”) Ryan Tedder and other big pop writers are writing, it's a big collaborative effort. At least three people.

If you look at a song like “High Hopes” by Panic! At The Disco, there's nine writers on that song.

Kevin Griffin: Yeah, and a buddy of mine, Sam Hollander, wrote the verse of the song, and it's great for him. So these days, it's teams of writers you're competing against, when you write a song and you're trying to get a song on an artist’s (album). If you're trying to write a song with fellow writers to pitch to an artist, you're competing against teams; you know, a great producer, with beats and stuff, and a great lyricist, and a great topline melody person, and then maybe a person who’s just all about vibe.

And so, if you want to compete – because I really do believe, with collaborations, when you allow a talented group of people to each bring something to the table, you're going to get something better than if it had just been by yourself.

And that's kind of where I’ve been. And that’s borne out in what you see. If you look at the pop music chart, or just any songs now, it's mostly collaborations – with few exceptions.

So, you know, I usually do three ways when I'm writing with artists: You know, it's me and the artist, and another person.

I still write songs on my own. And when Ezra puts a record out, or I've got a solo album coming up in the fall, I always make sure there's some songs that it was just me writing, just because I want to say I wrote this by myself. But I really like that collaborative process. 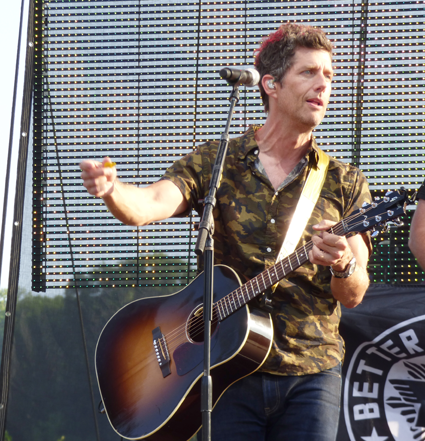 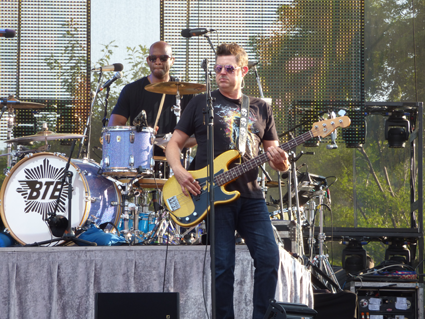 Kevin Griffin: An artist I’ve written the most lately with has been Barenaked Ladies. On their past four or five albums, I’ve written with Ed on a lot of those songs, and I love writing with Ed. But, whether I'm writing with Ed, or Ezra, it depends. If I’m with a different group of writers, and we're like, “Hey, what are we going to do today?” Then we are writing a song, you know, “Who's looking?” “Oh, so and so.”

You know, you’ll get a list from your publisher of artists that are looking for songs. If it's country – Keith Urban wants a mid-tempo like “Blue Ain’t Your Color.” Or, you know, if Walk the Moon is looking for a song like “Shut Up and Dance,” that kind of stuff, you get these little tip sheets.

But if it's with an artist, I’m listening to that artist about what they want to do; what's missing on their album.

And then sometimes I’ll write a song with an artist or fellow writers, and, as the song is progressing, I’m like, “You know what? This is a Better Than Ezra song.” Or if it doesn't get cut by the person we're going after, then I’ll record this, because I think it’s great.

It’s a rare thing to get a song cut. It's hard to get the songs cut by artists when the artist doesn't have any writing on it. Just because, right there, if the artists don't have writing on it, then them choosing your song to record it – there has to be so many things that go into it. And it's often not a reflection on how good the song is.

So, the funny thing is, when I know there's a song that I've been a part of that’s just great – and they're not all great – let’s just say that. Sometimes you write songs, you’re like, “That was OK,” or “That was just a complete waste of a day.” I know that a piece of my mind is always, like, you know, “I'm gonna shoot for the moon for someone to cut the song, but if nobody wants to cut it, I’ll cut it.”

Kevin Griffin: You always have to compartmentalize artistic pursuits and satisfying yourself in your craft and your art. And then, the economics of it, too, the business aspect. I'm very aware when I'm writing for somebody else, or with an artist, or we’re writing with another artist, just about some hallmarks that might help the song get cut – whether it's a melody kind of idea that is in vogue, or a production idea that you're hearing a lot. “Oh, we got to use this plugin, or this app.” There's those commercial considerations all the time.

And so, if I'm just trying to please myself artistically, that's usually a song that won't get cut by artists. Because, a lot of times when artists are cutting outside songs, it’s because they think it might be a single. So, the most “artistic” song – and I use that in quotes, because it's certainly up to each person to say what has artistic merit – but those aren't necessarily the most commercial.

You wear a commercial hat, sometimes; you’re like, “OK, what are people gonna like here? What should we do? What should we go for? Well, let's just do a big sing along part here.” You know? But that's as old as the craft of songwriting, is “What's the crowd gonna like? What's going to involve them?”

You know, there’s that great scene in the Queen movie when Brian May is like, “Oh, we need to do a stomp-clap thing and involve the crowd.” And it shows them writing “We Will Rock You.”

Yesterday, I was writing with this artist, and we're like, “Oh, let's put in this bridge. Let’s do something that’s like a call and response with the audience, so when you do this live, you can really involve the crowd.” Or, “Let's have a really simple sing-along – something’s that’s super easy. You hear once and you can sing along.”

It's just a balance you do. And then, when you really knock the ball out of the park is when you write this great song – and the commercial aspects and the artistic aspects aren't mutually exclusive – and it's just great on all fronts.

Q: I've seen Better Than Ezra in Buffalo as a headliner. I've seen you guys at Artpark as part of a triple-bill. Both times I thought the show was great. You mentioned working with Barenaked Ladies – you were here with them and KT Tunstall last summer. This summer, you're coming in with Sugar Ray and Emerson Hart. What do you like about the triple-bill?

But I like going out with people that I really enjoy and respect and have fun. And Mark and the Sugar Ray guys, we've toured with him in the past. And Emerson from Tonic is just the sweetest guy.

So, just for us, we're going to do a package that's just a blast. And it's fun.

Sometimes though, you know, as a fan, if I was a fan, maybe I would want to hear more music, have more time with my favorite artists.

If you're a band like Better Than Ezra, you're going to want a package so you can play the kind of venues that you want to play, instead of playing the smaller theaters that you play on your own.

I love the triple-bill. We're doing quite a few shows with us and Sugar Ray. The people in Lewiston are going to hear tons of hits, they're going to see some interaction between the bands – I'll get up and sing a song with Sugar Ray, and vice versa.

Q: Nice. So, because you are sharing the stage with these two other acts, do you sort of block out the show ahead of time? Or is there a variation in the setlist? What can we expect from you guys on stage?

Kevin Griffin: Oh, we're gonna play the hits. We're gonna do some deeper tracks for some superfans. And then, every year, we're always doing some new covers – some fresh spins on things. Doing a mashup, of sorts – usually something old and something new.

I love doing a cover, and then you go into another song that has the same chords, or is the same feel. Because so many songs are very similar. And it's kind of fun to play a song for people, that it might be a hit, and then they don't realize, “Oh, it's the same chord; it’s the same vibe as a classic hit.” And you’ll see that realization pop open their eyes.

Sugar Ray, Better Than Ezra and Emerson Hart of Tonic perform Tuesday, July 9, at Artpark. For more information, or for tickets, visit www.artpark.net or stop by the box office at 450 S. Fourth St., Lewiston.