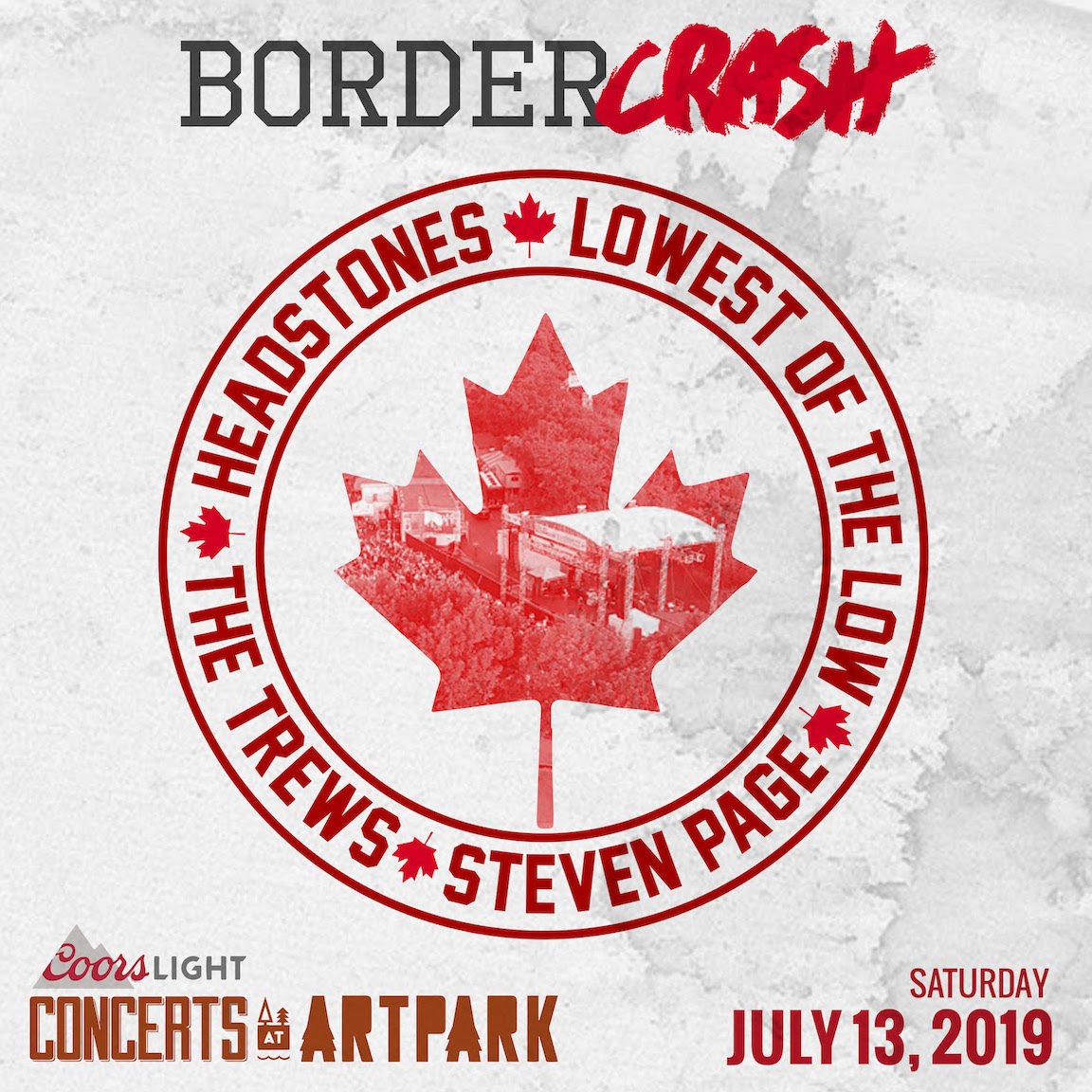 'Bordercrash' in Lewiston, as Headstones, The Trews, Lowest of the Low, Steven Page join for epic concert event

Together for one night, ‘Bordercrash’ part of Funtime Presents ‘Coors Light Concerts’ at Artpark series on July 13

Headstones formed in Kingston, Ontario, in 1987. Hugh Dillon led members Trent Carr and Tim White into becoming a band synonymous with the real Canadian road-worn punk. Their hit singles include “Smile and Wave,” “Cemetary,” “longwaytoneverland” and “Devil’s on Fire.” Currently joining Dillon, Carr and White onstage and in the studio are Steve Carr, Rick Van Dyk and Jesse Labovitz.

With multiple radio hits including “Not Ready to Go,” “Highway of Heroes,” and “Poor Ol’ Broken Hearted Me,” The Trews are among the most prolific, electrifying and innovative rock bands of the past two decades. The Nova Scotia-bred, Hamilton-based combo of singer/guitarist Colin MacDonald, guitarist John-Angus MacDonald, bassist Jack Syperek and drummer Chris Gormley – songwriters all – has won universal acclaim for superb live performances.

Lowest of the Low’s “Shakespeare My Butt” (1991) set sales records for indie bands at the HMV Superstore and earned heavy rotation on Toronto alt-rock station CFNY with songs including “Salesmen, Cheats And Liars,” “Rosy And Grey,” “Bleed A Little While Tonight” and “Eternal Fatalist.” After some time working on different side projects and within other industries, the Low reunited in 2000. Their legend continued growing during hiatus and elevated them to genuine rock star status in certain markets (special shout-out to Buffa-LOW!). Lowest of the Low was inducted into the Canadian Indie Music Hall of Fame in 2008.

Page was recently inducted into the Canadian Music Hall of Fame with his former band, the Barenaked Ladies. He has always been a prolific writer of words and hooks, but on his latest release, “Discipline: Heal Thy Self Part II” (2018) ,they’re delivered with a clear-eyed confidence and purposeful vision that somehow it feels like an evolution, a breakthrough and a homecoming all at once.

For tickets or more information on the 5:50 p.m. show, visit the Artpark ticket link.