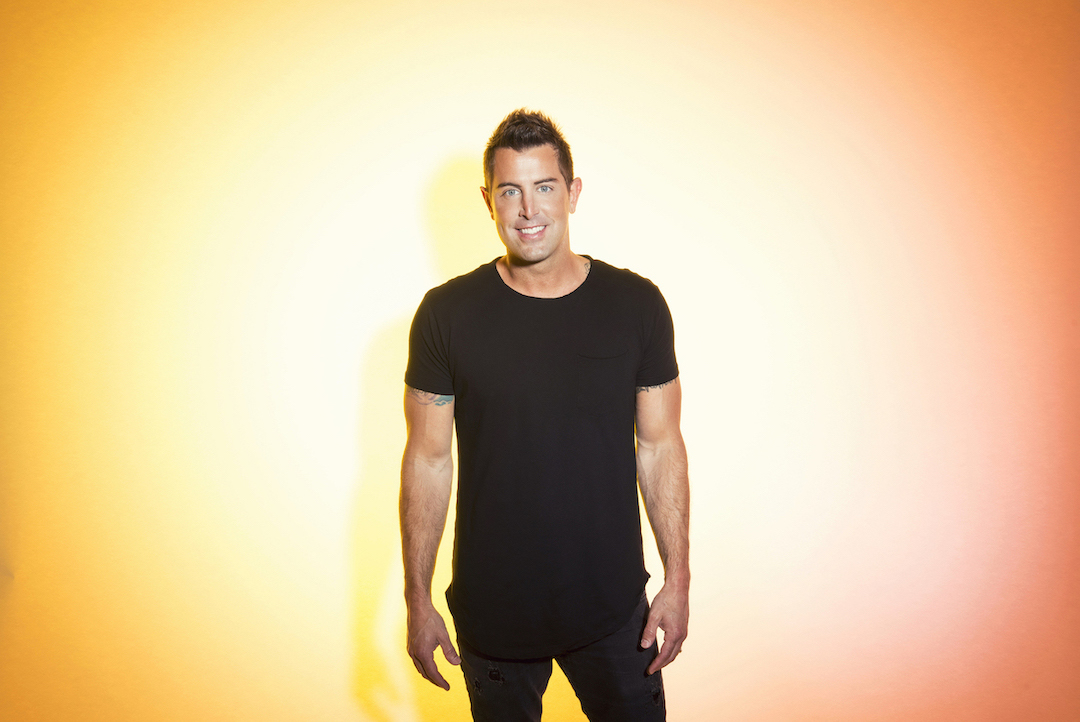 Jeremy Camp's life to be subject of feature film; singer heads to WNY as part of 'HITS DEEP' Tour

Following the success of their 2018 film, “I Can Only Imagine,” the Erwin brothers are set to bring Jeremy Camp’s story to the big screen next year. “I Still Believe” is set to bow March 20.

Camp, a Christian music star who’s sold more than 4.5 million albums, lost his first wife, Melissa, to ovarian cancer in 2001. She was only 21, while he was just 23.

This unexpected tragedy forced the singer to dive deeper into his relationship with God. Life, loss, and a new love, Adrienne, whom Camp wed in 2003, helped the artist put his experiences into words. What resulted was four RIAA-certified Gold albums, a Grammy Award nomination, three American Music Awards nominations, multiple ASCAP awards, 41 radio No. 1’s, a Gold digital single (“There Will Be A Day”), and a multi-Platinum DVD.

Camp is best known for his singles “Stay,” “Walk By Faith,” “Jesus Saves,” “The Way” and “I Still Believe.”

Last fall, he released “The Answer,” which, Camp said, was a collection of divinely inspired songs – songs that simply came out of conversations. The title track, he noted, has had a particularly profound impact on audiences around the country.

Andrew and Jon Erwin directed “I Can Only Imagine,” which detailed MercyMe frontman Bart Millard’s relationship with his father (portrayed on screen by Dennis Quaid). The film grossed more than $83 million. Camp said he doesn't plan to act in “I Still Believe" – though he might make a Stan Lee-style cameo in the movie.

As he prepared to board TobyMac’s “HITS DEEP” Tour – which stops into Rochester’s BlueCross Arena on March 30 – Camp chatted with NFP about the feature film, hitting the road with an old friend, and what went into the creation of his new music. An edited Q&A follows. 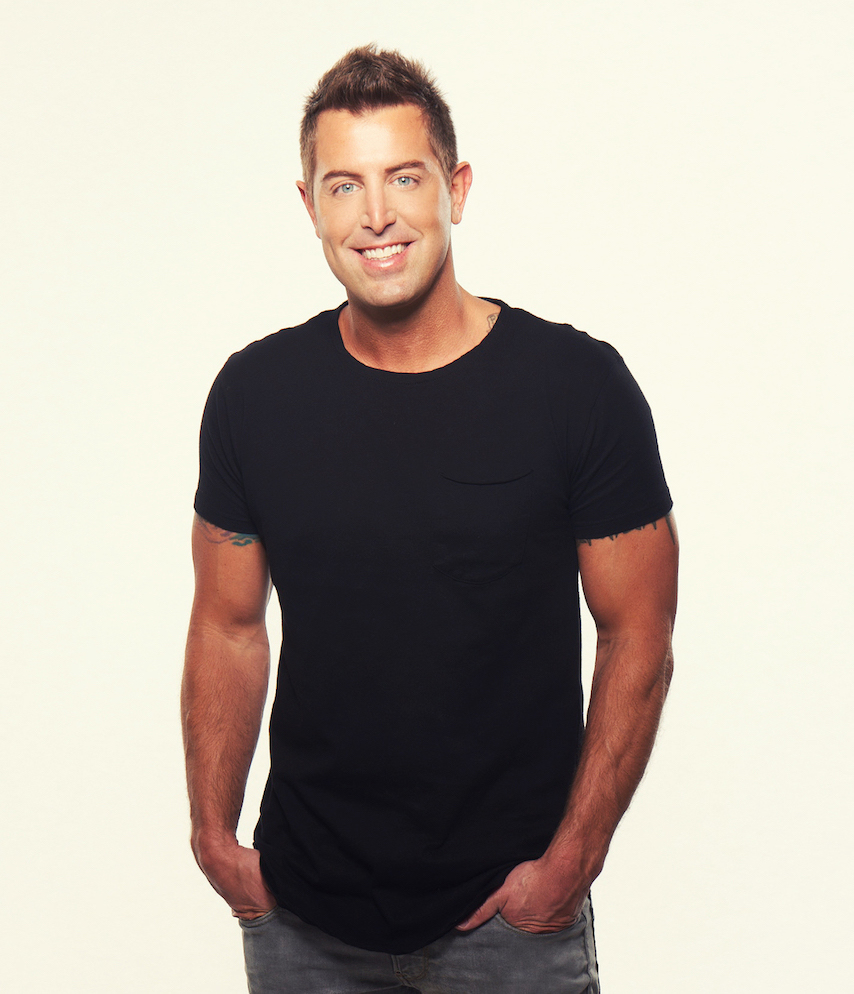 Q: What appealed to you about the “HITS DEEP” Tour?

Jeremy Camp: Honestly, the diversity is huge. When you're on a tour with all these different styles, different bands (including TobyMac, Jordan Feliz, Ryan Stevenson, We Are Messengers and Aaron Cole) – I love that, because you’re going to draw a lot of different people.

I think just the people that are on it, I know them real well. Toby, I've known him for years. We did a tour together eight years ago, a co-headlining tour, it was called “Boomin’ Beyond Measure” Tour, which was awesome. I think we enjoyed that a lot. And so, it's been so long. … He called me up and said, “Hey, want to be on the tour?” I said, “I’d love to.” And so, honestly, it just makes sense completely in every aspect. And I think just being with him, guys that I like, the diversity of the tour and different types of artists, I think it makes it really appealing.

Q: What can you tell me about the film?

Jeremy Camp: Well, they approached me – the Erwin brothers – and Lionsgate had just done a deal with the Erwin brothers, which is huge. And they said, “We want to do your life next.” And so, you know, of course you're kind of like, “That would be great. … Is this really going to work out?” Like, you know, “That would be crazy. Why would someone want to do a story on my life?”

My testimony is, years ago, I lost my first wife to cancer. And there's a whole kind of a story of all of that. It was pretty hectic. How we met was amazing, but there was just definitely a lot of God stories and God winks, you know, throughout my life and that. And so, I wrote a book years ago (also titled “I Still Believe”), and they read it and said, “We want to do your story.” Which is a huge; humbling; I can't even believe that they're doing this, you know? But, of course I'm honored. And so, they took it upon themselves and wrote a script, and it's amazing. And they're starting to film in April or May. And it comes out March of 2020.

I can't believe it, to be honest. You know, I've been doing this for so long and, all of a sudden, they decided to do a movie about me. I mean, it's gonna be a whole other door opening for me. So, I'm really excited to see how God's going to use this to impact people who watch it, and to know why I wrote all the songs that I wrote. Not everybody knows, or they know, but maybe they don't understand the whole depth of it. And to have people know, basically, why these songs came out. Like “I Still Believe,” “Walk By Faith,” and all these different songs; “There Will Be a Day,” “He Knows,” even recently, just still digging into things that God's done.

Q: Have you spoken with the guys in MercyMe to get a gauge of what this experience could be like?

Jeremy Camp: Yeah, basically it's kind of transformed their whole career, you know, in a sense. And just doors that have opened for them. And so, we've had conversations about what to expect and how there’s going to be a lot of people wanting this and that. You have to really just be careful and prayerful about what you do, because you can get so busy, and I don't want to do that.

(Camp said he doesn’t want to get burned out.) I want to make sure that what I do, and what I put my hand to, is where God is guiding me.

Q: That's sort of the approach that you took to “The Answer.” And I'm particularly curious about that, because inasmuch as I know how to write articles, I don't have any idea how to write a song. I'm curious how an album can come together out of just a series of conversations?

Jeremy Camp: Well, because really what happened with that album was, when we started writing, there was no rush. It was like, “Hey, I’m feeling inspired and let's get together.” Basically, let’s just get together and talk, and see what happens. It wasn't like, “Let's get together and write a song.” Even though you kind of thought maybe that would happen. But it was definitely more.

(Camp wrote songs alongside Ed Cash, Scott Cash, Colby Wedgeworth, Ethan Hulse, Josh Silverberg and Jess Cates.) There’s these guys that I appreciate. These guys that I can have deep conversations with; rad prayer times. I mean, the prayer times I had during this record, bro, like, I can't even tell you. It was the most prayer, I think, during the time that we were (recording) – because we were talking about things God was doing, and something would come up. And we would just pray for each other. I remember, one time, we had three of us on our knees, just praying for each other and things that God was doing.

It was special. And so, that was kind of what was infused in this record from the very beginning. I think that's been just the theme where, even now, you know, I'm working on coming up with this new stuff, where it's just like, “Guys, I’m letting you know, I don't want to come in being like, ‘We gotta get a song done!’ If we don't write a song, I'm fine. I just want to talk through life, and pray, and see what God does; if we have to come back the next day, great.”

And so, that attitude, I think, has brought forth some really special songs that aren’t rushed. They're not fabricated – not any of that. It's just this is definitely something we felt like God laid on our heart to do. And so it's been special.

Q: What kind of response has the new music received?

Jeremy Camp: Oh man. So, one of the songs that just has this, every time I play it live, just something that kind of changes and shifts in the room … (is) the song "The Answer."

And that song, in particular, just real brief, we thought the album was done. And I was out with a friend and we were just kind of having an amazing day. Great conversations. We had written two songs, which is kind of crazy. And it was probably 6 o'clock at night, and we were kind of tired; we'd been there all day. And my friend goes, “Hey, before you leave, this one song we were working on, can you just play it and just sing it? And if we don’t feel inspired within, like, five minutes” – he said “within five minutes,” which is funny. He was kind of joking, but kind of serious, like, “Hey, if we don't feel inspired right away, then let’s just not work on it. I kind of don’t want it to be anything that we force.”

I said, “OK.” So, he starts playing; I start singing; and we just felt the Holy Spirit fall in the place. So, it was really radical. And we wrote that song in probably an hour-and-a-half. I sang a demo for it. And that was the same vocal that I used for the album, because it was so raw and so real and authentic.

It just was one of those things where we were talking all day, just the cry of the world is saying, you know, there’s so many questions, so many hurting. Just this whole kind of, you know, what are we going to do, type thing. We want hope; we’re craving something; and we’re just saying, “Listen, Jesus is the only thing that's going to answer your questions.” And, you know, I love this kind of twist of it, saying “I know the answer/to every question/The one solution/to every fear.” Cause I don't, but I know who does: It’s Jesus.

That song, “The Answer,” has just been – it's powerful when I play it. And I think there's been, definitely, people going, “Yeah.” I mean, you say, “What does that mean?” And I always tell people, “Well, look at Genesis through Revelation in your Bible. It constantly talks about who Jesus is. He says, ‘I'm the alpha, the omega. I am your comfort. I’m your shield and your refuge, and your shepherd and provider. I’m the way and the truth and the life. I’m living water.’ ”

You know, it's all that. He basically is all that we need. And so, I think that's why it's been so powerful.

Learn more about Jeremy Camp, listen to his music and find song lyrics at www.jeremycamp.com.

Tickets for the “HITS DEEP” Tour can be purchased via www.ticketmaster.com or by calling 800-745-3000. Group discounts are available. 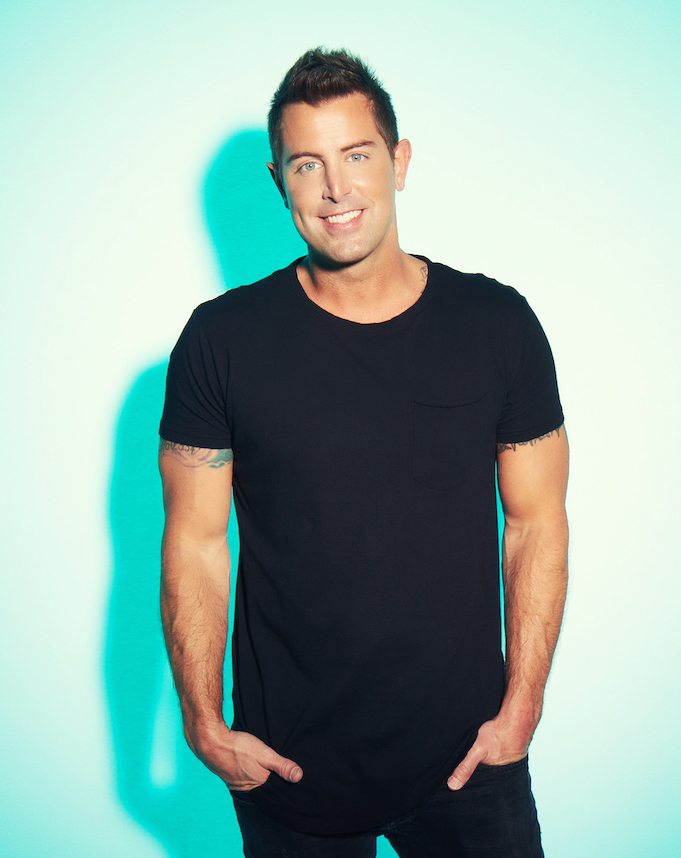