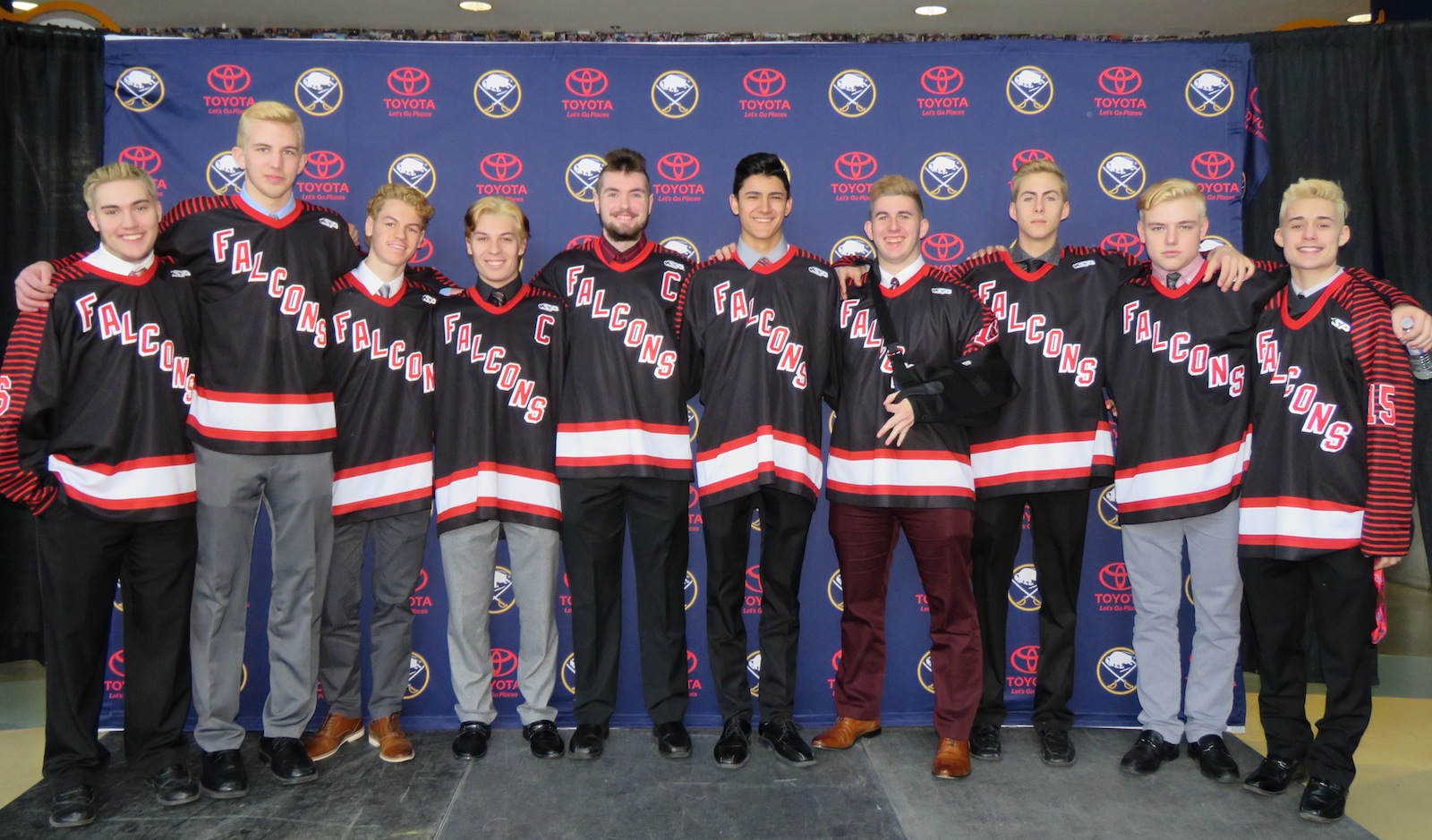 Fri, Feb 23rd 2018 02:00 pm
By David Yarger
Tribune Editor
On Friday morning, eight Section VI hockey teams came together for an annual press conference. The conference was held to present the eight teams playing in the girls, small schools, large schools and private schools championships.
Also on hand was former Buffalo Sabres player Patrick Kaleta. Kaleta gave a speech to the teams and told them to enjoy the moment.
"Cherish the moment," Kaleta said. "Take pictures, have fun with your friends, because I know your coaches and everyone talks about how it ends just like that. There's not a day that goes by that I think about and wish that I could still play hockey. ... So, what I want you all to do is really cherish the moment, have fun with it; it'll be something you'll remember the rest of your lives."
The girls portion included the CASH team of Clarence, Amherst and Sweet Home. They'll be facing the FLOP team of Frontier, Lake Shore and Orchard Park in the Federation championship. The game is scheduled to start at 6 p.m. Sunday at the HarborCenter.
Next, the large schools were called up to the podium. Niagara-Wheatfield and Williamsville North brought up members of their team to talk about the upcoming Section VI finals game. The rivals will face off in the finals for the seventh time in 11 years on Monday. The small schools final begins at 4 p.m. at the KeyBank Center.
Next, the small schools were called up to the podium. Representing the conference was West Seneca West and Sweet Home. There game will follow the large schools at 6:15 p.m.
Lastly, St. Joe's and St. Mary's represented the private schools conference. St. Joe's has been in the finals every year since 2013 and have won the last two private school championships. There game will follow the small schools final at 8:30 p.m.
Following the introduction of teams, everyone scattered over to the HarborCenter for a lunch.
For more information on the teams or games, visit the Section VI hockey website at www.section6.goalline.ca.
Categories
Dispatch feature School Tribune HP Feature Picture
comments powered by Disqus