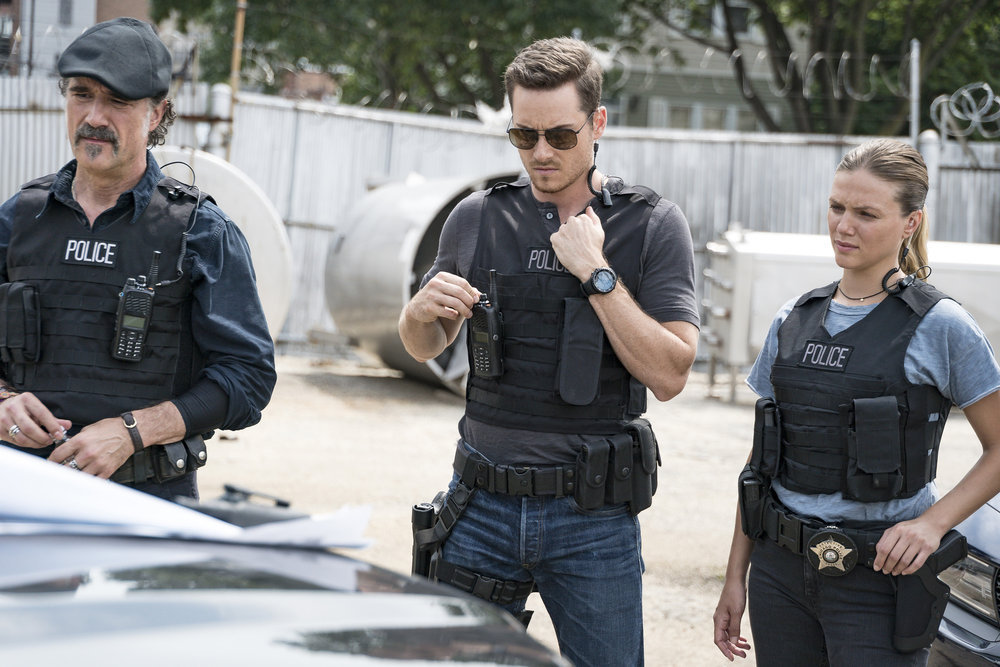 'Chicago P.D.': Is Upton ready to blow her top? What's ahead for Halstead?

by jmaloni
Wed, Nov 8th 2017 09:00 pm
By Joshua Maloni
Managing Editor
Actress Tracy Spiridakos is a breath of fresh air on "Chicago P.D." - and couldn't be lovelier in real life.
Her poor character (Det. Hailey Upton), however, seems ready to burst at the seams after first covering for Ruzek's recent misguided fisticuffs, and then being forced to work with an old partner, vice Sgt. Sean McGrady (Wil Traval).
"I think in the coming episode that's kind of the biggest challenge for her, on many different levels," Spiridakos said at last week's "One Chicago" press day. "The relationship dynamic that she has with this sergeant out of narcotics, they have a history and it's not a good one. She's very torn about how to handle a situation that comes up in the episode - a twist in the case - when that sergeant ends up dead. That one's kind of a big one for her."
The straight-laced Upton wasn't thrilled when Ruzek (Patrick John Flueger) went off script, but she begrudgingly opted to cover for her new intelligence unit teammate.
"She's somebody who's - she's very unapologetic. She's there to do her job. And she's not there to make friends. If something is happening, and she's not happy with it, she will stand up and she will say that. And so, I think we see that along the way," Spiridakos said. "Up to now, I don't think that those moments have been emotionally tolling on her. I think she's somebody who deals with the situations and then kind of moves forward with that. Except that in this coming episode, in episode 6, it's an emotional journey for her."
Upton also will have a run-in with Sgt. Hank Voight (Jason Beghe), which ends with a surprising result.
"I think that she's kind of learning as she goes ... the way that everybody works and functions," Spiridakos said. "I think that's kind of what this coming episode is. It's kind of coloring outside the lines a little bit, and these are definitely obstacles that she has never come up against before. And so, she's learning how she's dealing with that." 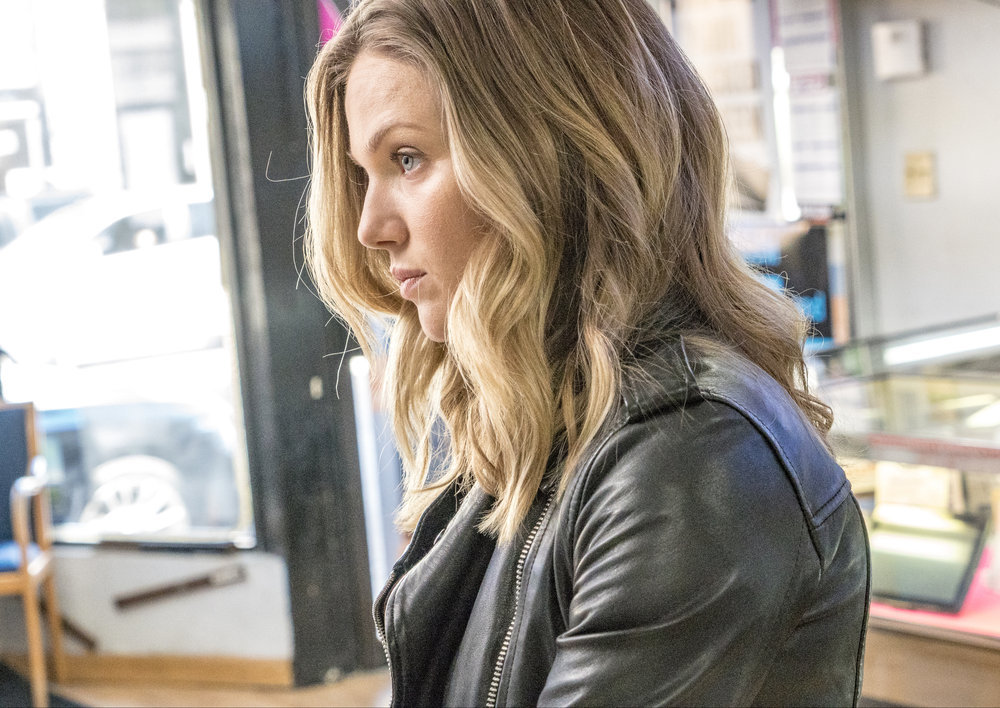 "Chicago P.D." Tracy Spiridakos as Hailey Upton. (NBC photo by Matt Dinerstein)
Of course, when Det. Erin Lindsay (Sophia Bush) left "Chicago" at the end of last season, some fans wondered if new arrival Upton might be her replacement - specifically, they were curious if Upton could become a new love interest for Det. Jay Halstead (Jesse Lee Soffer).
"I know nothing. They tell us nothing!" Spiridakos said, laughing. "I don't know. I think they had a little moment in the previous episode. But they're partners. They work together, and they care about each other, but I don't know what they have in store for them going forward. ... We'll see!"
Soffer had a similar response.
"Her character is very different than Sophia's character," he said. "Upton's the tough cop that didn't have the kind of darker upbringing that Lindsay (had). And she's a little more righteous. And I think that, because of Lindsay leaving, Halstead's not quick to trust and let this person in. And that's going to be an interesting thing to play.
"And I don't know where it's going, as far as the two of them. I'm sure that some fans, if that happens, would love it. And some would hate it. That just makes for good TV, though."
Halstead is having a rough go of it himself. He was poised to propose to Lindsay before she abruptly left. In the season premiere, Jay accidently shot an innocent bystander during a raid.
"I think this season, for the fans, is going to be really interesting, because we're going to see a side of Halstead we haven't seen before," he said. "He kind of pulled a whole 180. He falls down a dark rabbit hole. You know, he kills this girl in the beginning of the season by accident. He's found innocent, but it opens up a Pandora's box of PTSD for him that he doesn't know how to climb out from under - and keeps digging the hole deeper and deeper. So, we're going to see a different side of him, and we're going to see him really become unraveled." 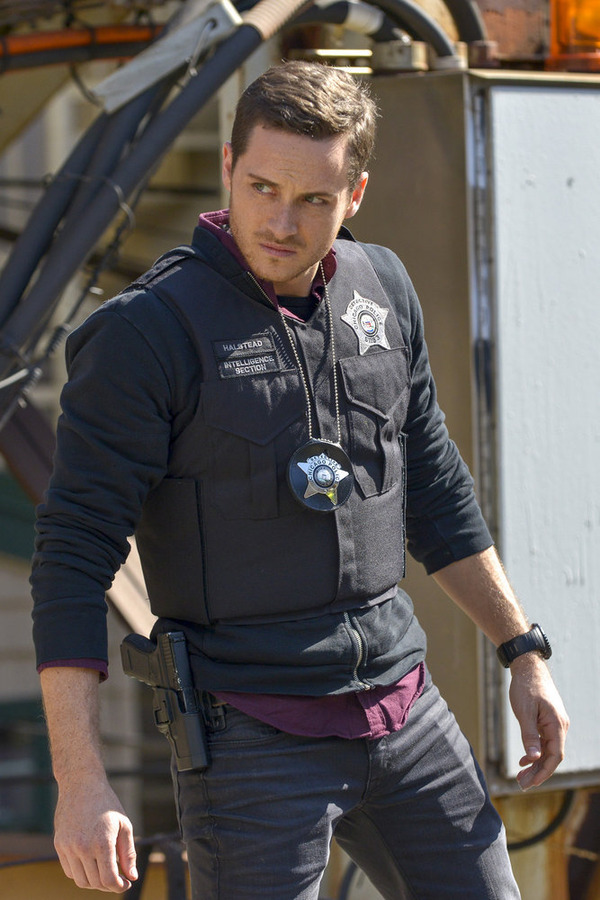 "Chicago P.D." Jesse Lee Soffer as Jay Halstead. (NBC photo by Matt Dinerstein)
As "Chicago P.D." nears its 100th episode, Soffer said he's excited to see where the storyline is going.
"For me, it's a whole new show," he said. "Halstead's a whole new character this year. We haven't seen him kind of lose control and come undone and struggle. He struggles here and there in little episodes ... but we haven't seen him make really bad choices consistently in his life. And that's what we're watching him do right now. And there's no end in sight. There's no light at the end of the tunnel right now. It's going to keep getting darker.
"And he's got a new partner that I think he's apprehensive to rely on. They're not sure about each other, and he's not ready to really accept her support. But I think at some point he's going to have to let someone reach out and hold on to something, otherwise it's just going to get too dark.
"So, we'll see where it goes."
"Chicago P.D." airs at 10 p.m. Wednesdays on NBC.