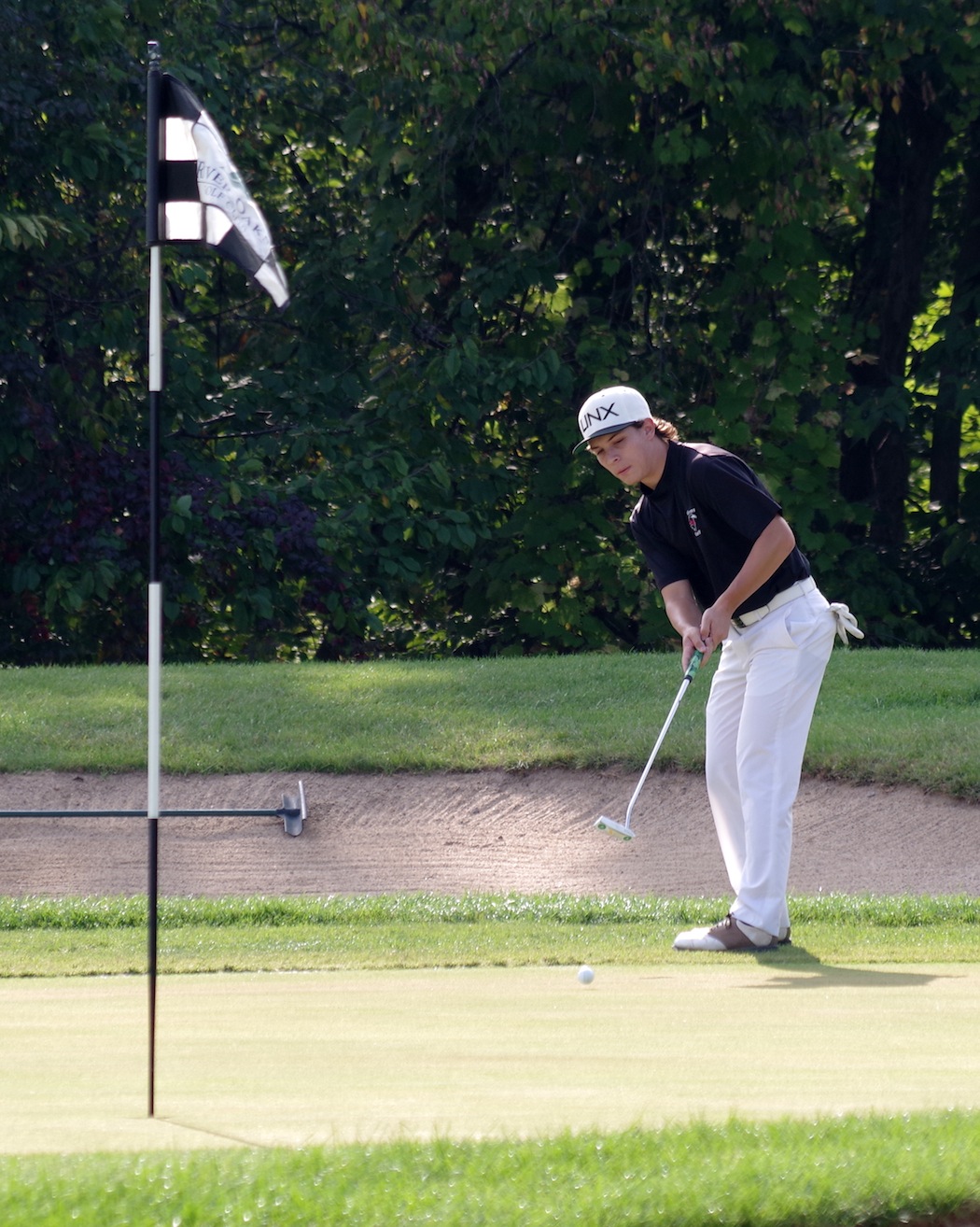 Thu, Oct 5th 2017 12:35 pm
Falcons' golfers competitiveness pushing them to impressive streak
By David Yarger
Tribune Editor
Anyone that plays golf knows consistency in the sport is not easy. When it comes to Niagara-Wheatfield golf, consistency is all they know.
The 2017 N-W golf team is currently 14-0, on a 59-match winning streak and seeking their fourth straight Niagara Frontier League title.
Coach Tim Codd knew he had spots to fill in the lineup, after losing Matt Pawlak, a two-time state qualifier, and Noah Wrazin, who was a five-year starter.
"We just tried to take it match by match. I knew I had to fill the lineup after losing those guys and the guys that have stepped in have done great," Codd said. "Our team has been deep the last few years and certain guys haven't had to play. Well, when they got the opportunity to play, they've taken advantage of it."
Codd pointed out a trio of golfers that have led the charge this year. Senior, Nick Peters has been a six-year starter for Codd. Junior, Nolan Codd has been a five-year starter and freshman, Anthony Delisanti has been a three-year starter. All three have been on the team since seventh-grade and Codd said, they've learned a lot over the years.
"I'm very lucky to have coached these guys for this long," he said. "These players have learned from older and past players and they were able to step in when given the chance."
In high school golf, the player that cards the lowest round in a match is considered the medalist. Delisanti has medaled six times, including a 38 in a recent win over North Tonawanda, while Codd and Peters have both medaled five times. Recently, the three were tri-medalists vs. CSAT, shooting rounds of 37. Codd said all three have a stroke average between 38 and 39.
As far as the streak, Codd says his team doesn't get too wrapped up into it.
"We don't really pay attention to it. The guys just like to compete with and push each other in a positive manner and that's how they get better. They love golf and love competing to put up the best score possible," he said.
Even though winning is great, Codd is happy he's able to see his golfers grow and learn more day-in and day-out.
"I've been lucky to have a great group of guys for over 12 years, it's been a nice run. I enjoy being around the guys and working with them and it feels good to see they're getting pushed in the correct direction," he said. "They've taken advantage of most opportunities and it really shows the amount of work they put in outside of team practices and matches."
The Falcons finished the regular season vs. North Tonawanda while the Tribune was being published.
Their journey towards a fourth straight NFL title continues at the league tournament, where eight more wins hang in the balance. The top six golfers from each NFL team play in the event and at the end, each teams score is added up, with the lowest being the victor. The tournament is Tuesday, Oct. 10 at Willowbrook Golf Course.
Categories
School School feature Sports Sports feature Tribune