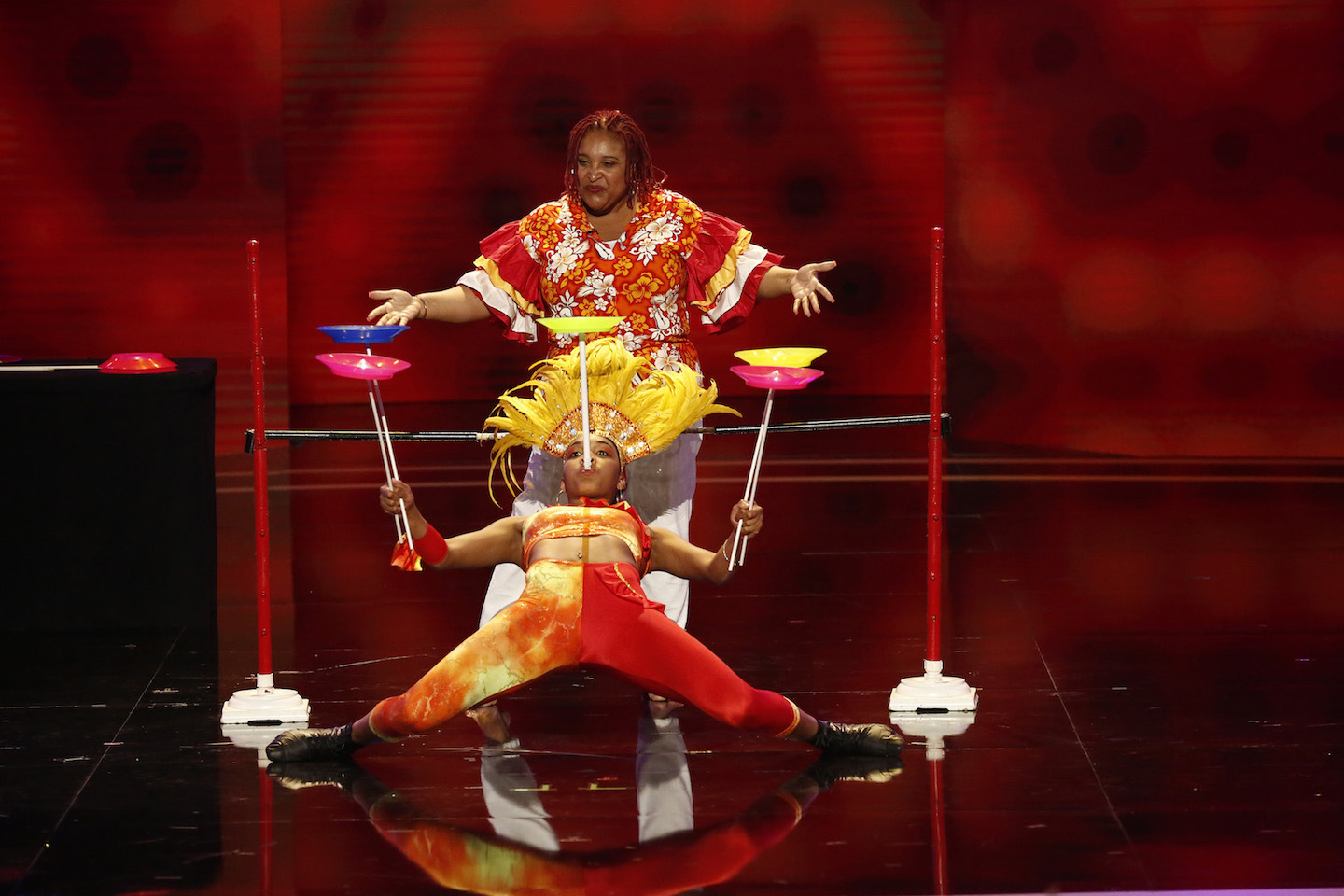 by jmaloni
Wed, Aug 2nd 2017 12:00 pm
Limbo artist fails to make it to live shows
By Joshua Maloni
Managing Editor
Shemika Charles didn't fare quite as well in her second go-around on "America's Got Talent." After receiving four strong "yes" votes following her audition, Charles received lukewarm looks and comments from judges Simon Cowell, Heidi Klum, Mel B., Howie Mandel and guest Laverne Cox. She failed to advance past Tuesday's "Judge Cuts" episode.
Charles, 24, known as "the undisputed Queen of Limbo," lowered the bar this time around - and set one of the cross poles on fire.
This idea drew positive response from the judges.
"It's going to get hot!" Klum exclaimed.
Unfortunately, the judges were visibly underwhelmed by Charles' execution.
She also spun a series of plates as she ducked under another a second limbo pole.
"I think you're great, and I love what you do," Mel B. told Charles. "(However,) I think you need to de-cheese this stuff."
Cowell added, "I just think it's just got to look better, Mel, otherwise it looks a little bit like a kid's party or something."
Charles is a native of Trinidad and Tobago now residing in Buffalo.
"America's Got Talent" is summer's No. 1 show on broadcast cable. It's averaging 15.9 million total viewers. "AGT" airs at 8 p.m. Tuesday on NBC.
Categories
Entertainment Home feature NFP OYT