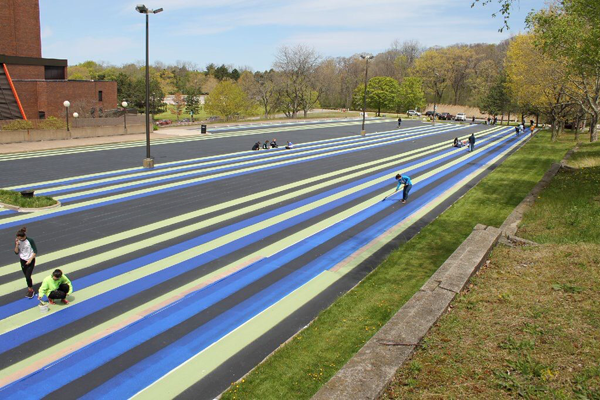 Wed, May 10th 2017 04:55 pm
The community pitched in this week to help Artpark & Company finish its biggest visual project of the season.
On Wednesday, students from Lewiston-Porter High School, along with some community volunteers, worked on Artpark & Company's recreation of "Niagara 1979."
More volunteers were on hand Thursday. Painting is expected to wrap on Friday, and then a curing period will begin. The lot will be ready for cars in time for the first outdoor concert on May 20.
On Thursday, Artpark & Company Director of Visual Arts & Family Programs Tanis Winslow said volunteers -- staffers, Lew-Port students/teachers and paint/product suppliers -- worked nonstop to complete the project.
"Everyone pulled together," she said.
"It's been really overwhelming," Winslow added. "People have actually just been showing up, that didn't even say they were going to volunteer. They just show up and say, 'Where do you want me?' ... It's been awesome. Everyone's been really fabulous."
White marks on the lot curbs indicate available parking spaces. Additionally, Artpark & Company will hire valets to park cars on concert nights.
Traditionally, this parking lot is reserved for sponsors. On other days, the "Painted Parking Lot" will be open for public viewing.
In February, Artpark launched a Kickstarter crowd-funding campaign to re-install "Niagara 1979," which was created by the late Gene Davis. The campaign was a success, and donation pledges allowed the parking lot recreation to take place.
The painting is designed to have 60, 2-foot-wide-by-364-feet-long lines rolled out and painted one of nine different colors. The original artwork required 450 gallons of paint, seven miles of masking tape, the help of eight interns and an artist assistant named Clarence Wood.
When the "Painted Parking Lot" debuted in 1979, it was 43,000 square feet -- the world's largest painting at the time. Thousands came out to see it, which is what Artpark hopes will happen again in 2017.
Lauren Garabedian and Joshua Maloni contributed to this report, and provided the images. 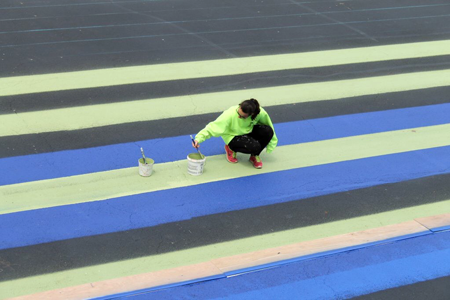 Winslow in the lot BEFORE. ... 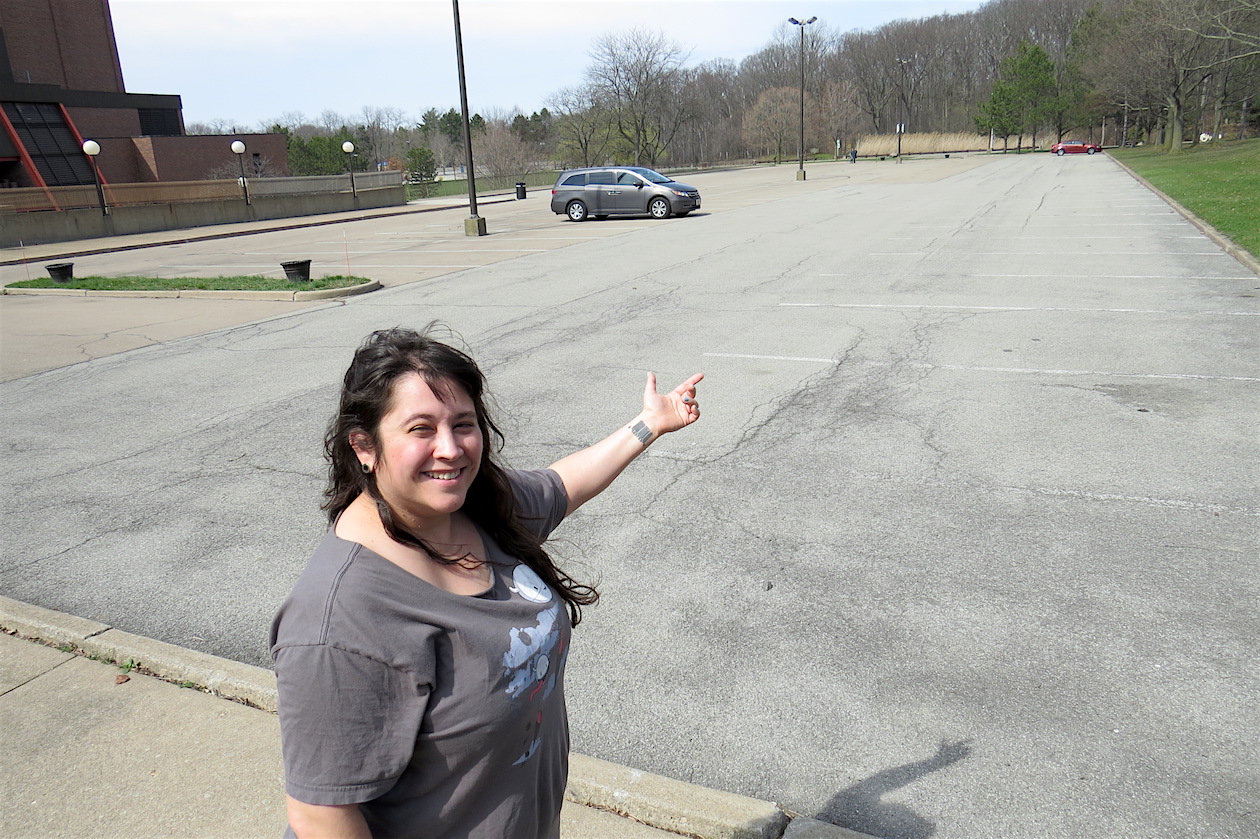 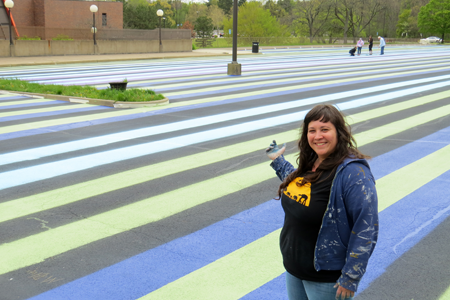